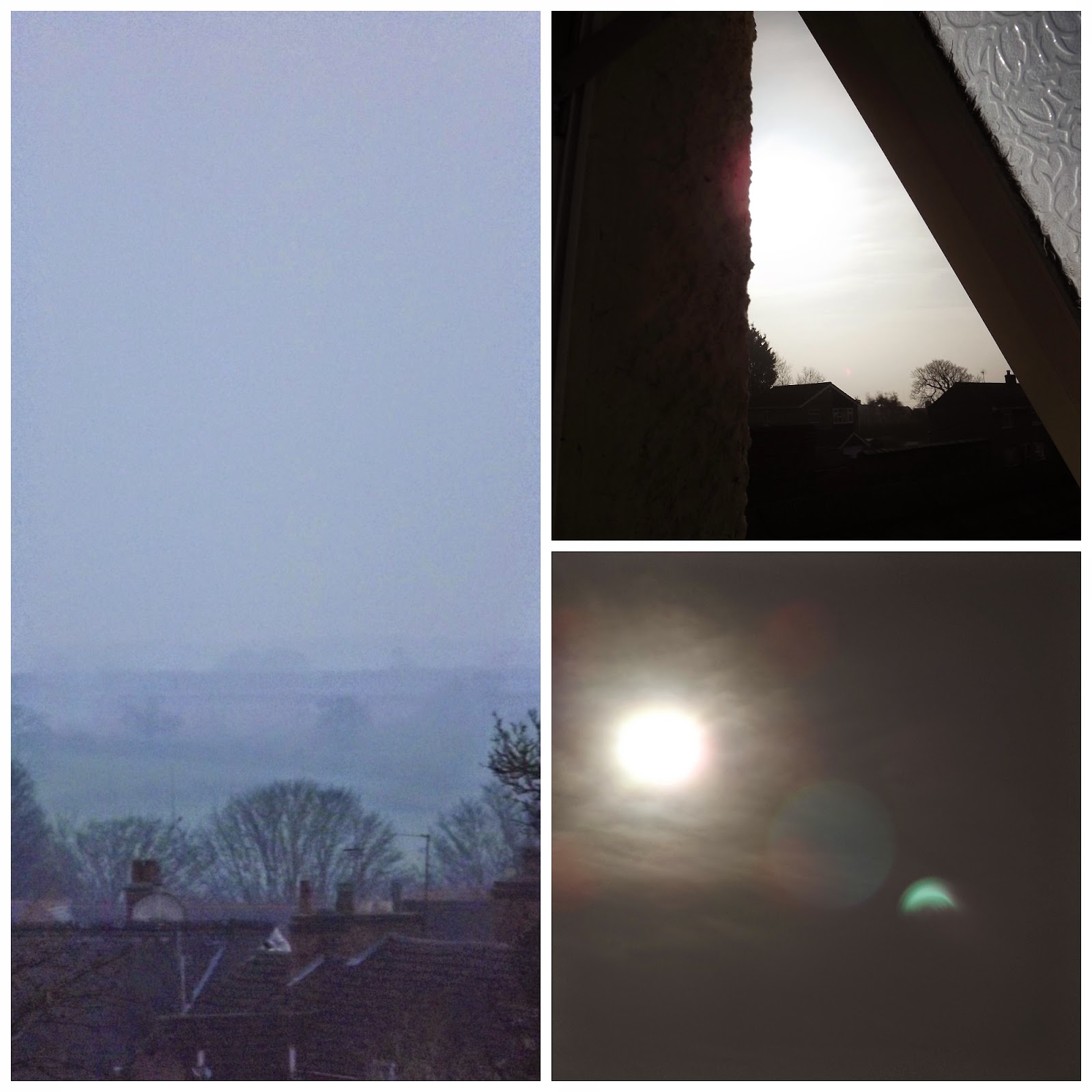 It was a feeling that I had not experienced since 1999.

That eerie half light, an all encompassing shadow that seems as though it's in your peripheral when actually it's everywhere.

The lunar blocking the solar. 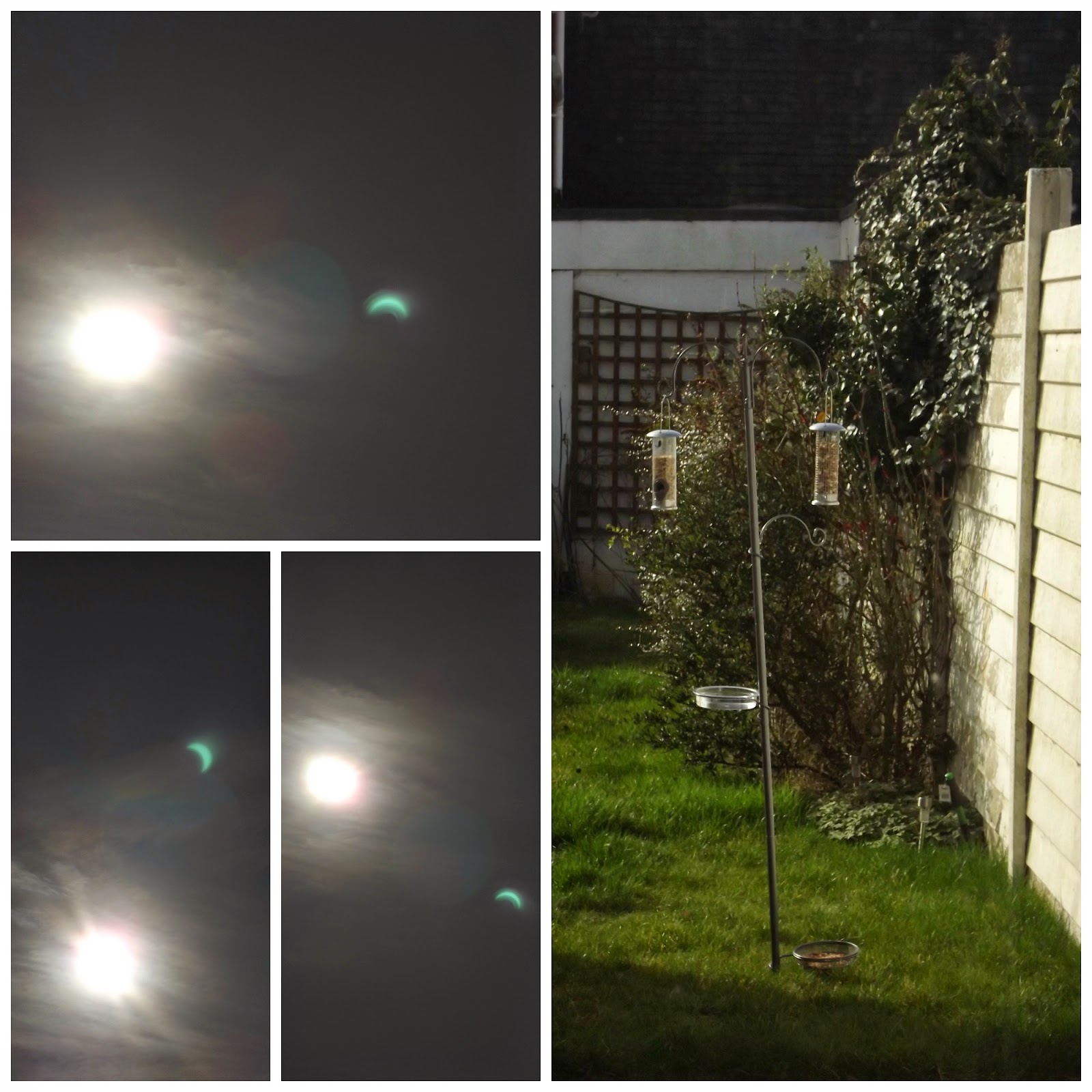 The day started off in a hazy fashion. I worried that I might not get to see anything on such a special Spring Equniox. I nearly ended up not seeing anything ever again on account of me willfully ignoring the many, many, many warnings about how dangerous that golden orb can be on your peepers.

It was going to be 85% blocked. Practically night, right? Wrong.

I am ashamed to say that I neigh on blinded myself in the attempt of a glimpse.

As the sun continued to blast itself at my face, I gave up all hope of capturing it. I would have to result to viewing the photos of those with better equipment than me. Boo hiss.

And then my camera came up trumps by way of  reflecting the eclipse. Oh how I snapped away. Snap, click, snap I went. It was only when I began to see spots that I thought I had better give it a rest. 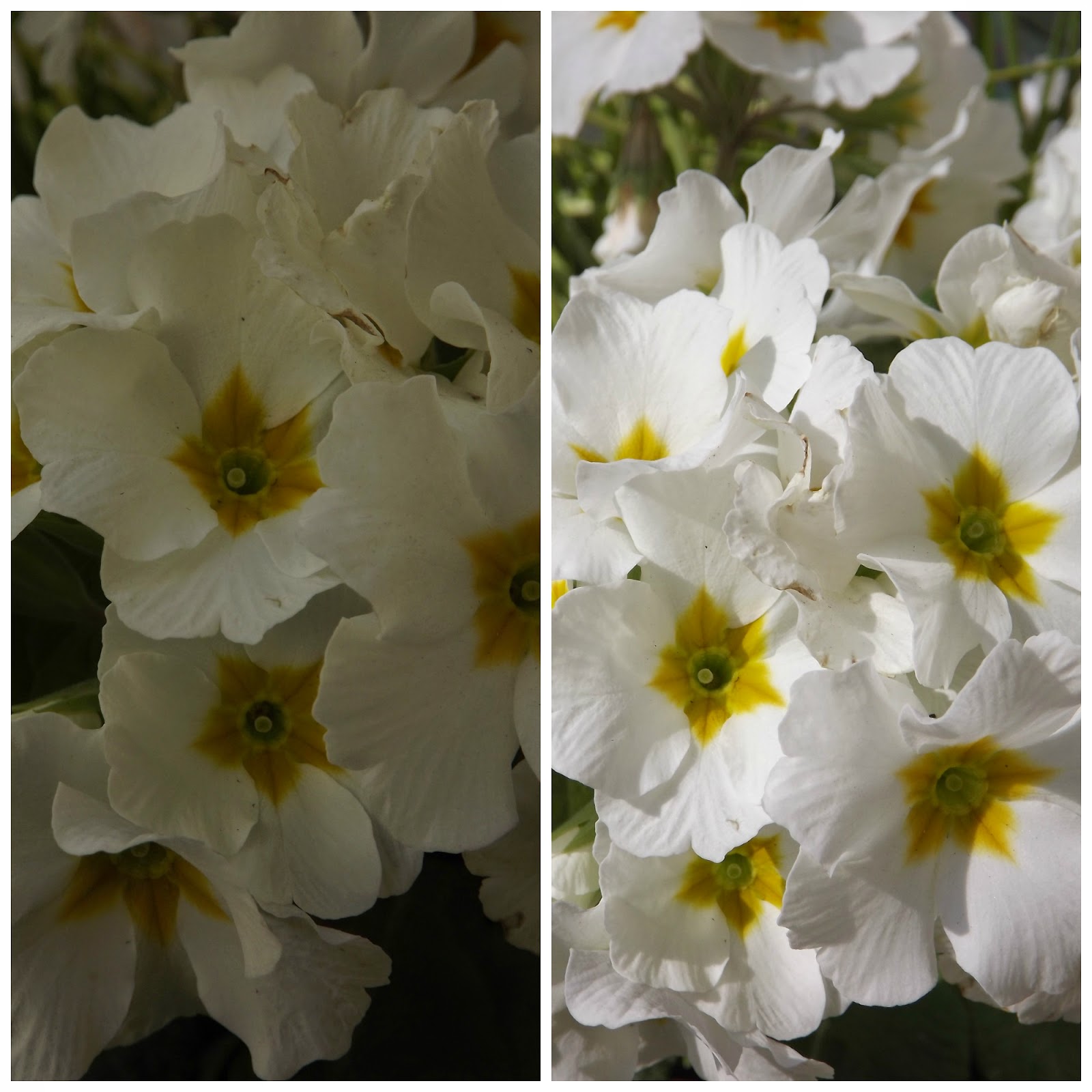 There is nothing quite like the affect of the sun going behind much more than just a cloud. It makes all your senses tingle. It confuses you slightly, even though you know what it is. it seems unnatural, but you can't help but look at it more. The birds start to roost and sing. The world becomes a tepid sepia with a slight chill to the air. But it's only 9.36am and you are aware that the day has only just begun.

Thankfully the sun did return. The colour came back and everything returned to normal.

Thankfully along with my sight.