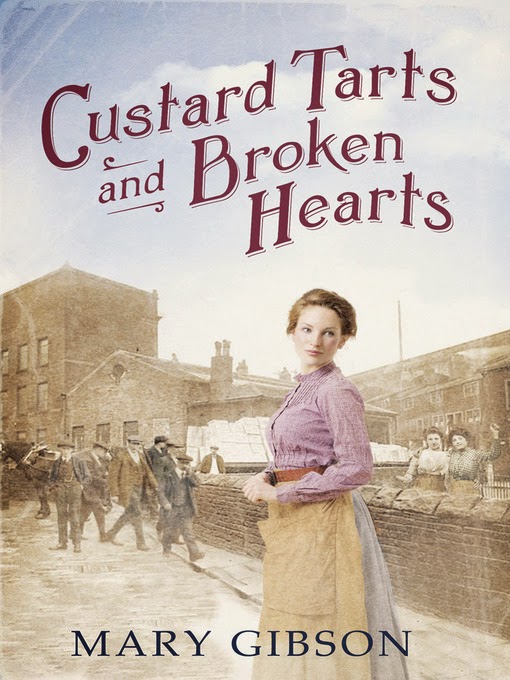 Heartwarming and gritty, the story of a factory girl in Bermondsey through World War 1.
They call them custard tarts - the girls who work at the Pearce Duff custard and jelly factory. But now the custard tarts are up in arms, striking for better conditions. Among them is Nellie Clark, trying to hold her family together after the death of her mother. She has the most desperate struggle to make ends meet, often going hungry to feed her little brothers.
Two men vie for Nellie's love. One is flamboyant, confident and a chancer. The other is steady, truthful and loyal. But the choice is not as easy as it might seem.
Looming over them all - over Bermondsey, over the factory, over the custard tarts and their lives and loves - is the shadow of the First World War. And that will change everything and everyone.
_________________________________________________________________________________________
Usually you buy a book for the content. Occasionally you purchase just for the cover.  Sometimes it’s the title that grabs you. Case in point -  when I saw "Custard Tarts and Broken Hearts” on Kindle -  I knew I had to investigate further. How could I not? The title still makes me smile now. Not in a mocking way -  but in a well-now-whats-that-all-about kinda way. It also left me with a hankering for custard cream biscuits. Mmmmm.
I am still very much getting used to this new non-paper book thing of mine, so when I spotted this for a mere 58p (currently £1.41 at time of writing), I thought I’d take a punt. And I was not disappointed.
Written with the authors own family history at the fore, it begins in 1911 in the throes of Industrial strike action, Suffragette movement and the prelude of The Great War. I was told the story of a family struggling to keep their heads above the smog of Bermondsey, London, in the height of its production. With custards and jellies, dockers , factory girls, horses and carts thrown in the mix, I was quickly swept into the life of  Nellie, her family and friends. As life moves on, through the years at a steady, but not dragging, pace, World War 1 heaves into view and the characters are faced with dilemmas of duty, conscious and heartache.
To be honest, I was not really expecting a historical romance novel to be much cop -  especially on the historical side of the things -  but it was an engaging and warm read that I felt was very well researched and lead me to want to know more about the area and what became of Nellie Clark after the war. It was not fluffy for the most part, and made me want to keep on reading. Considering that this is the authors first novel, I am hopeful that there may be a sequel in the pipe line.