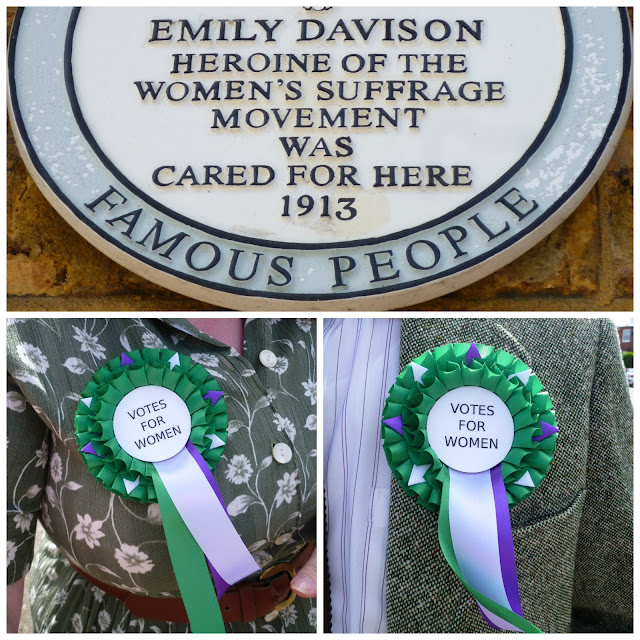 A month ago, I laid a home-made posie at the site where Suffragette Emily Wilding Davison was struck by the Kings horse exactly 100 years on.

Four days after this, another poignant date was upon me with the centenary of her passing.

I feel very fortunate the live where I do and am able to be so close to where history was made. The announcement that a tree would be planted at the hospital where she died sent me into a bit of a frenzy of how to mark it.

We decided to attend in Suffragette colours of white, green and purple with Votes for Women rosettes I found on eBay (by found I mean I contacted a very helpful seller of  dog show rosettes and asked if he could take out the photo of a St Bernard and replace it with some writing. He was very understanding and got them to me literally next day. What a star) 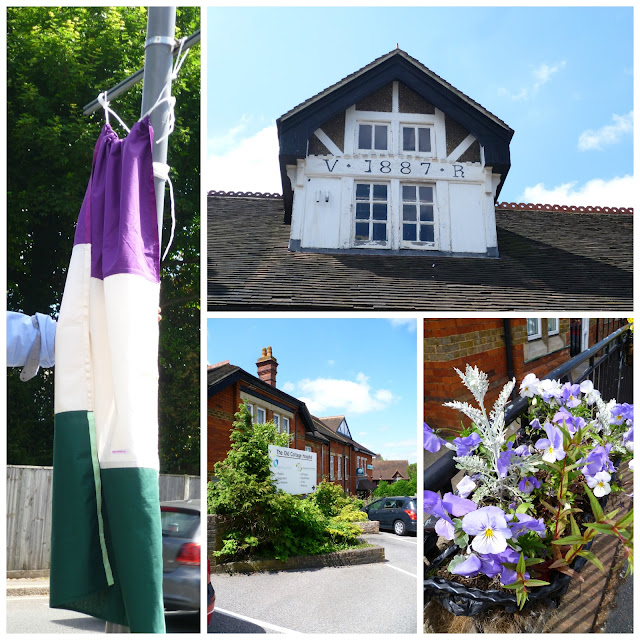 A short drive from LandGirl Heights is the Epsom Cottage Hospital. Built in 1887, it is still a busy part of the community. I was pleased to see a fair amount of people there, from all walks of life. Some had official duties to perform, some had a personal connection to the event and some were just passing by on a sunny Saturday morning and decided to stop and take part. 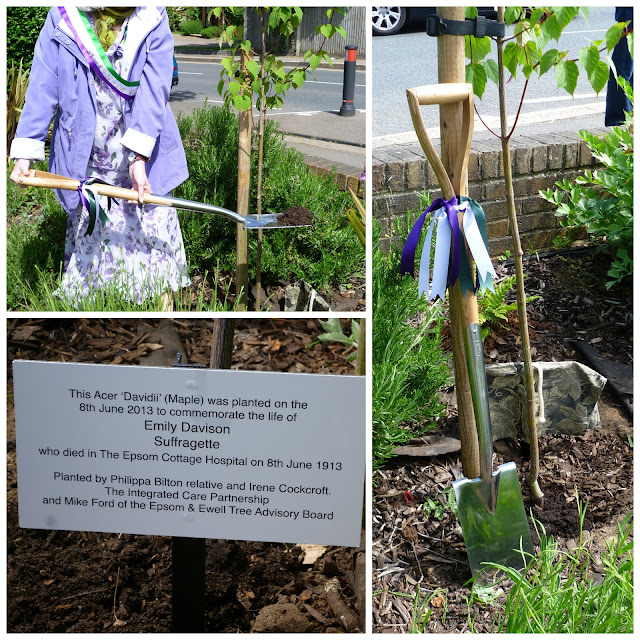 The tree has already been planted in on account of the clay and rocky ground. We were reliably informed that it had taken a good hour to dig the hole itself. So, all that was left to do was a listen to the speeches and watch the symbolic earth being patted down on the roots.

And take in the whole thing. Having driven past the hospital on numerous occasions, I had never actually stepped foot on the grounds. I did not realise that there was a plaque in her honor. And on talking to people in the crowd, I discovered that there is to be a permanent memorial to this inspirational woman. When it is unveiled, you can be sure I shall be there. 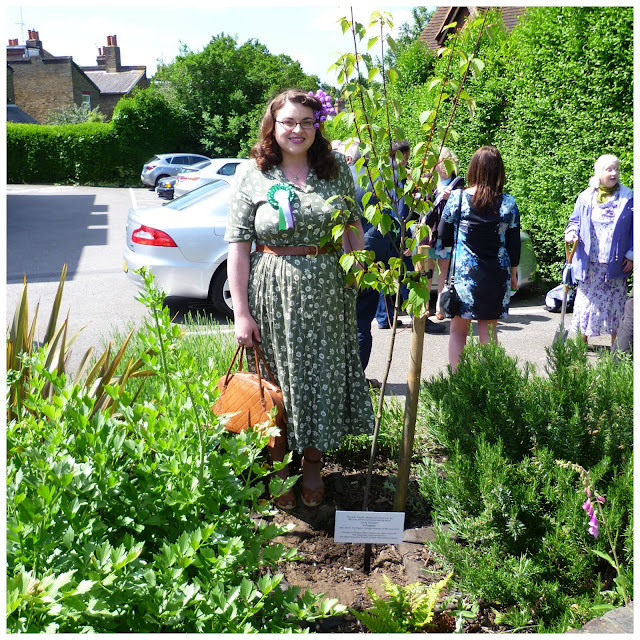 After the crowds had dispersed, I headed to a Bourne Hall, a local museum, which is currently showing a free exhibition all about Emily, the Suffragettes and that fateful day.

I saw so many original Suffragette artifacts, but was not allowed to take photographs. Sigh. Some of the items borrowed from other museums and from the personal collections of folk is really quite astounding. It really showed me how much propaganda material was produced to get the message across. From postcards, board games, plates and even cook books. If you are in the area -  or fancy a trip out of town - the exhibition is on until the 27th July 2013.

I wonder who might stand under the tree I saw planted in 100 years time and if we shall be any closer to the true equality the Suffragettes sought.