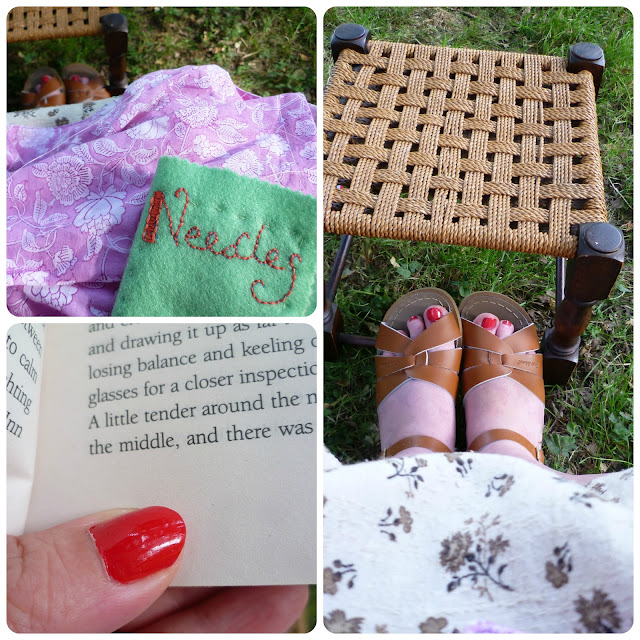 My my, ain't it been nice of late? Although the HAWT spell has broken for a bit (phew) it has been tres bon in Blighty over the last few weeks. If it all vanished tomorrow, I could confidently say, to passers by upon the street, "we had a Summer. An actual Summer."

A couple of Sunday's back (pun unintended, but it still made me smile) El Beardo and I wandered off for some shade and a picnic in our usual spot. A bit too much French bread, soft cheese and ham later, we were sated and sleepy. In fact, the The Beard did fall asleep whilst I sat and started a new book: The Unlikey Pilgrimmage of Harold Fry.

This is quite a revelation for me. A book. Because, you see, I have been well and truely out of  "read mode" for quite some time. There has been a shocking lack of book or film reviews on this 'ere blog, something I am trying to remedy. I make you no promises. 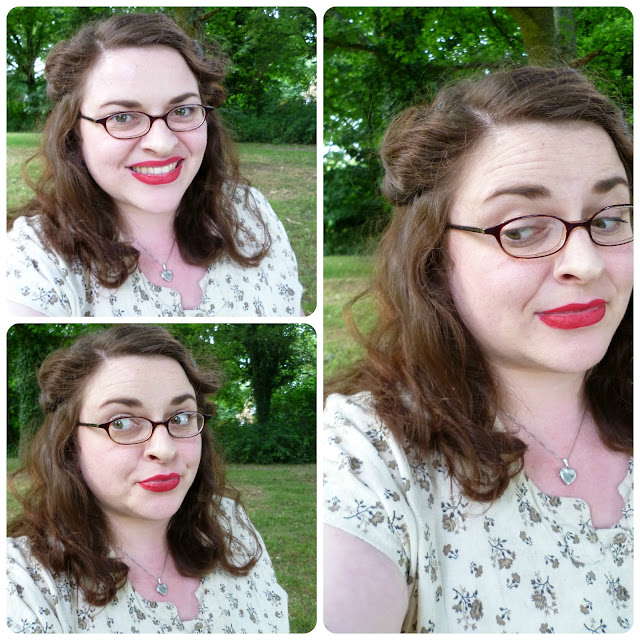 And because we were just lounging about -  so much so I took a footstool with me -  I saw no real reason to faff with my hair. It was just too darn hot to be arsed. My poor locks were frazzled in the warmth, so I just let them do their own thing.

The Beard snoozed on, I got on with some fixing and I may or may not have eaten some more french bread. You know, just the squidgy bit in the middle. That I used to scoop out more soft cheese which I then lazily chewed.