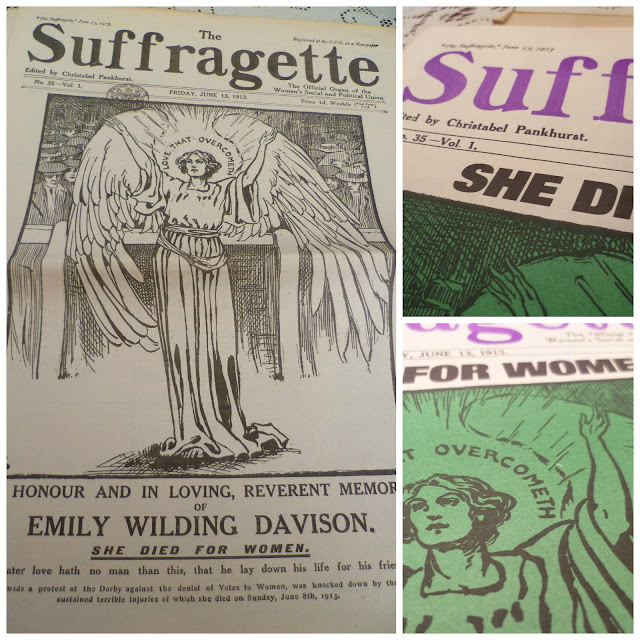 It seems strange to me that this day should already be here. I have been thinking about this centenary a lot since the beginning of the year. How would I mark it? Would there be a lot of media coverage? Would the day be recognized at all? 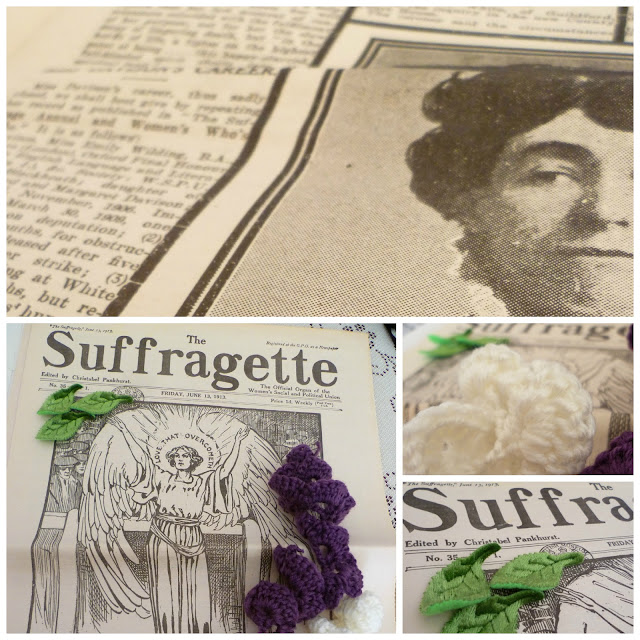 I have learnt more about her since a post I published over 2 years ago -  and she is far more tenacious and interesting than I had thought possible. For example, I had not realised she was force fed over 40 times whilst in Holloway Prison. It makes my throat hurt just thinking about it.

I have also come to fully believe that she did not intend to be struck that day. I have read that she had actually practiced attaching a sash to a galloping horse before she attended the Derby on June 4th 1913. 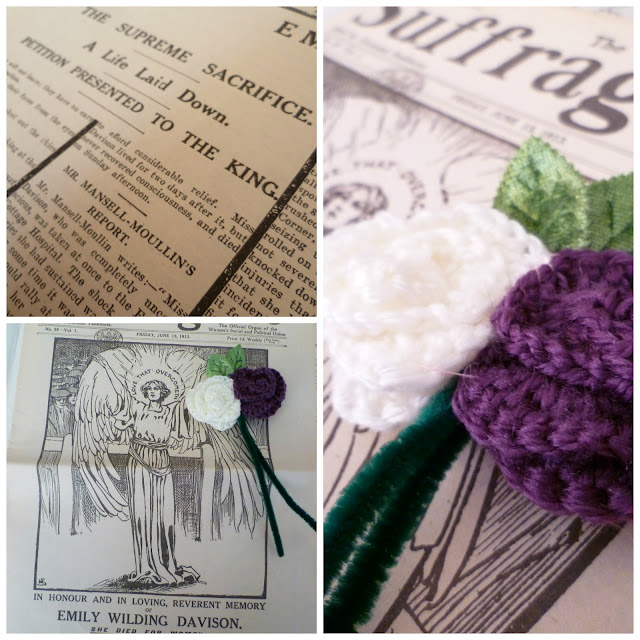 There have been some bits and pieces on the TV and on the radio today, as well as a dedicated programme last week. This year's Epsom Derby did mark the occasion with images of Miss Davison on large screens, but the idea of a minutes silence was abandoned due to the large number of people. In town a Suffragette flag was flown and there is also an exhibition to be seen which  I shall be visiting this weekend.

Aside from all of the above, I am pleased that there is a permanent memorial plaque in place. And that it actually marks the place where she crept under the barrier. Because, like a fool and trying to work it out from the footage, I was looking in completely the wrong place. 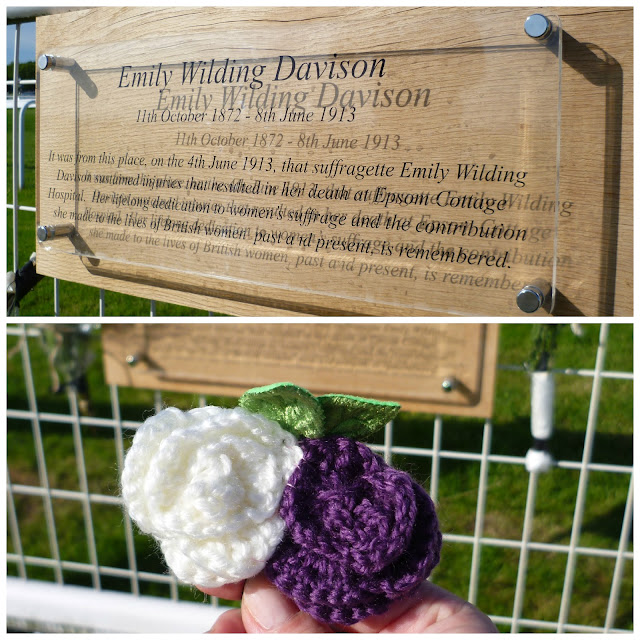 So, after the crowds of the Derby had dispersed, I headed on down to the Downs to see if I could search it out. With me I took a little something I had made in Suffragette colour's. I was not sure if I would be able to find the plaque, if there would be a lot of people there (which actually would have helped me find it, no?) or if there would be somewhere to tie my roses. 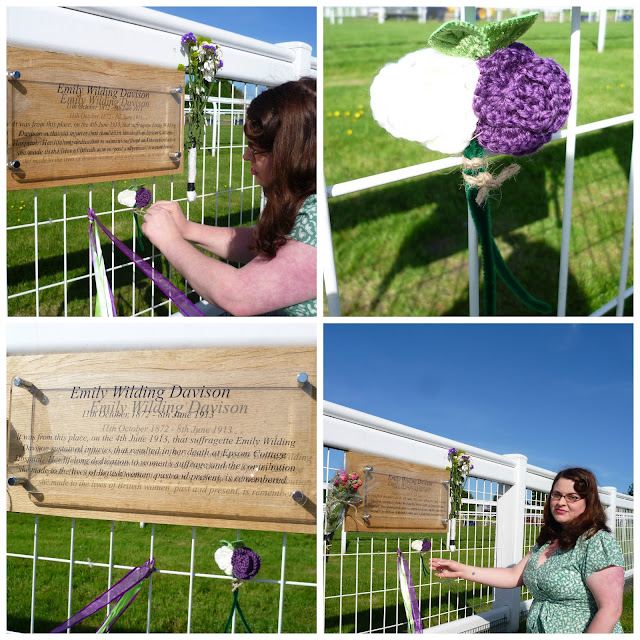 As you can see, I found it (in part thanks to the hawk eyes of The Beard) and was able to affix my humble offering. I then stood back and took in the scene.

I have to say, now I know exactly where it did happen and I was able to stand and look out on that part of the course with new meaning. I found it incredibly moving to think of her in the throng of all those people, being crushed by their bodies and deafened by their jeers and then deciding to do it -  to duck under and step out -  and try to attach a simple sash of white, purple and green to a hurtling horse.

And all so women could have the vote. Something that today in the UK is mostly taken for granted and often ignored. Personally, I vote every chance I get.

With this very woman in mind.