Farewell to the First 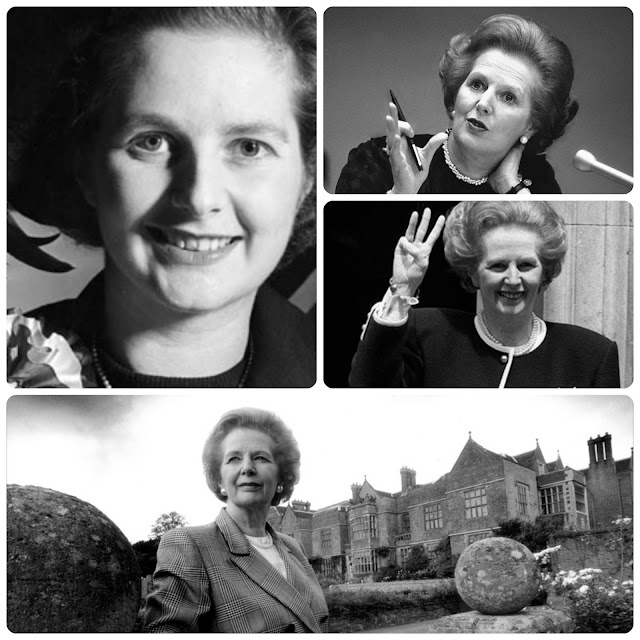 I really do not feel that I could let this recent event pass without saying something.
I am inherently interested in women's history and history was made by this woman.
This post is not about policies, picket lines or poll tax.

It is in remembrance of a woman who, in the centenary year of a Suffragette dying under the hooves of a hurtling horse ensuring women's suffrage in the UK was noticed, has passed away. A woman who not only celebrated the vote but won enough of them to become Prime Minister three times over.

I wonder what the Pankhurst's would have made of the situation in 1979 as a woman entered No 10 Downing Street as not only the leader of a party, but of a nation. A woman who has, today, been given a ceremonial funeral.

I hope they would have celebrated as I do. They may not have agreed with her policies or tactics. They may have backed her to the hilt. Either way, like me, I believe they would have been proud of the determined journey she took to get there.