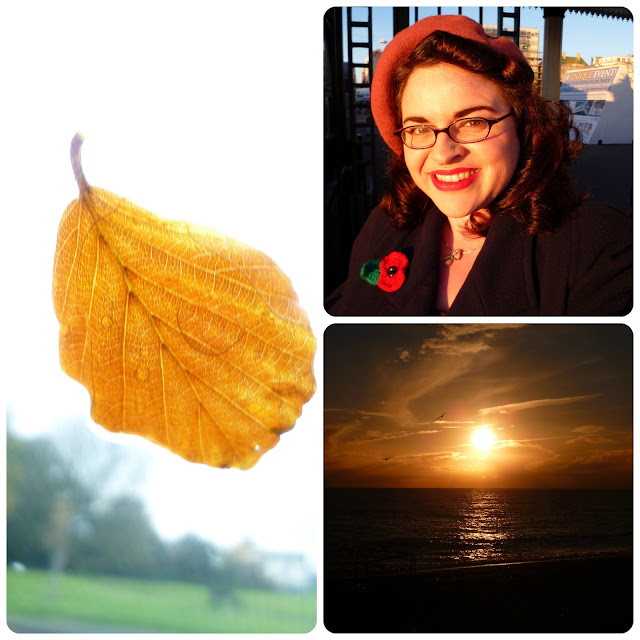 The Beard and I have been together for a wee while now. Seven years and a few months to be precise. So, when we headed off to our favourite out-of-season-spot, Brighton, on our 7th anniversary in November, I was looking forward to a day of mooching about other peoples old stuff, chips with mayonnaise and perhaps a nice sunset.

I received all of the above. Hurrah!

And a proposal of marriage. DOUBLE HURRAH. 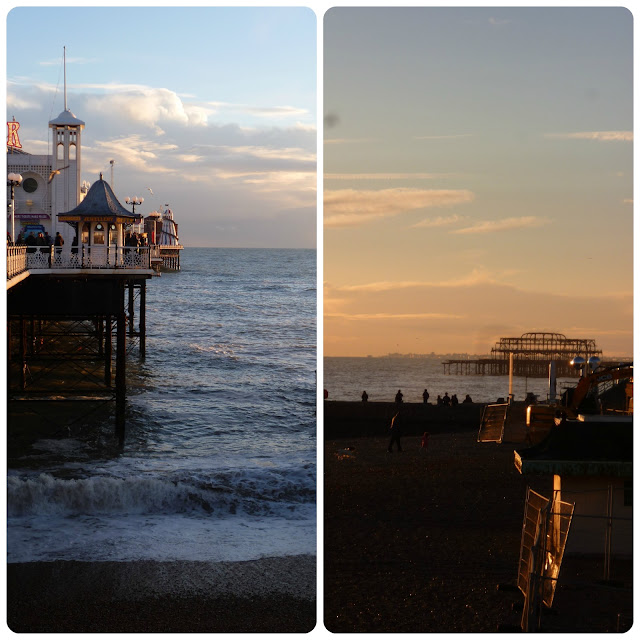 It was not a total shock. We have been together for a fair old stint and it is something that we has been talking about as a when not an if in the preceding months. But, the surprise was the way in which The Beard asked me. No one knee, the ring in a glass of champers, sky-writing (although that would have been super cool) or a singing Mariachi band.

Just a sunset, a brisk north-easterly, crashing waves and the question of
"Sweetheart, would you do me the honour of being my wife?"

I said yes, naturellement. It was the easiest decision I have ever made. Indeed, the proposal did not come in the first flush of love like so many do, but at a time when we have gotten used to one another and are moving onwards with our lives, with some vague idea of a plan. Not a five-yearer by any stretch of the imagination. But certainly something that involves us as a committed unit. 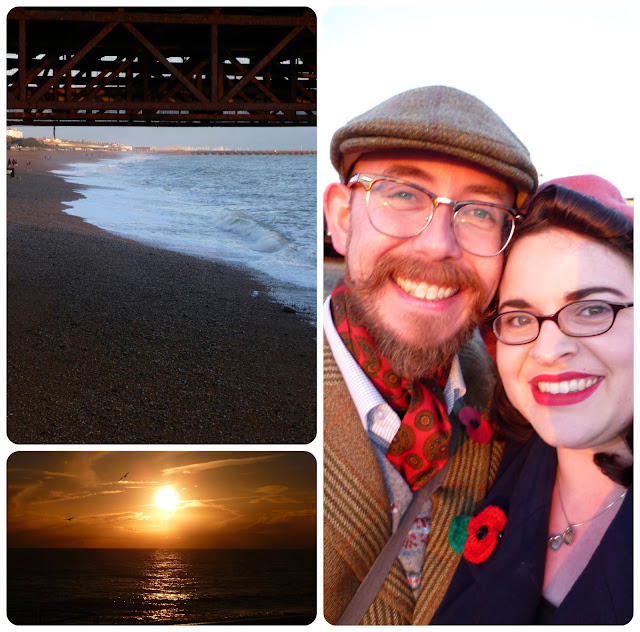 I know some may feel that, after 7 years together, why is there the need for the whole marriage bit? Why the need for the legality? The paper? The pomp? I guess everyone's opinion differs on the subject. Well -  each to their own.

My feelings are that, for me, marriage is important. I have been trying to decipher why, other than the answer "It just is". Perhaps it is to do with my own family? A family with practically no divorce? And if so, it is the divorce of folk who I do not really see all that much of? In my immediate fam - there is no divorce or separation on either side. All have, sadly, only been parted by death.

Maybe? I often put it down to that. 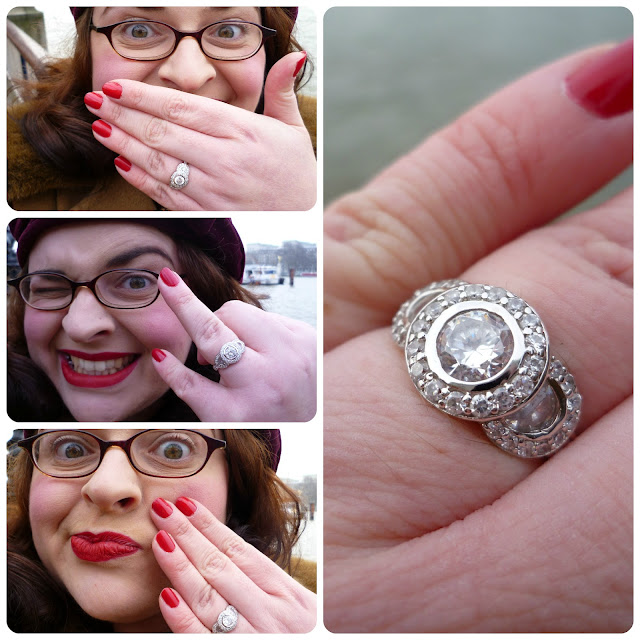 I was presented with a token ring on the beach (ring une) and then we rushed to a little antique shop nestled within The Lanes where we bought what I thought was the ring (deux). I know now that I was completely and utterly caught up in the giddiness of it all. The romantic notion I have long held of finding the ring of someone 100 years past in the corner of a shops cabinet. So, obviously, with aforementioned giddiness, the first ring I liked the look of was that ring.  I loved it for it's quirkyness, faux pearl and price (forever thrifty)

But then? Well. Then I because swept up with the thought of a engagement ring proper. And so we picked the one I now wear with delight together. Based on an old setting, but with modern glitter rocks, I love everything about it.

Now we just have a wedding to plan. Just a wedding. I have many, many ideas, all of which shall be on a budget as much as possible. I am busy trying to learn new crafts so that I can make as much as possible and have already started to collect bits I think we might need. Thankfully, it is not until next year -  so I have a little time.

How long does it take to learn lace making? (joke)

Email ThisBlogThis!Share to TwitterShare to FacebookShare to Pinterest
Labels: days out, family, wedding