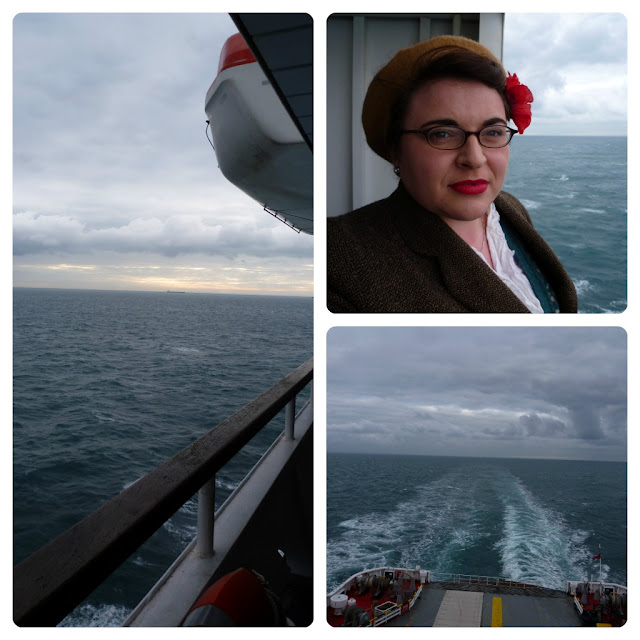 Although the New Yar might well be under way and here to stay -  there are still some bits and bobs from last year that I have not told you about.

One of them being my brief weekend trip over to Ieper, Belgium for Armistice Day on the 11th November.

We crammed so much into 2 days, it is only looking back over the photos that I realise the planning and effort my Pops puts into these trips. Ain't he grand! 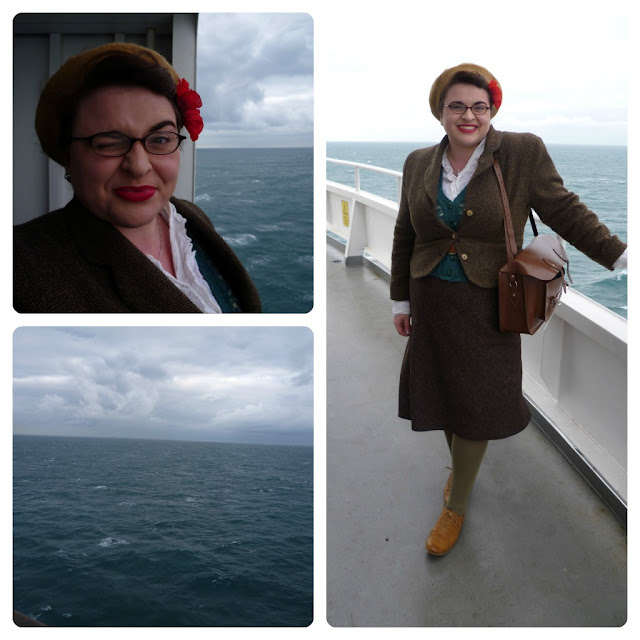 The morning began cold and with a  I'm-sorry-HOW-early??? early start as we headed down to Dover to catch the ferry. I love taking the waves over to France. It does take longer, but I like thinking about Gramps making a very similar journey way back in 1917.

Due to us going not only in Autumn, but during the week, the ferry was blissfully quiet of rampaging, bored children. In their place were many, many silently smoking lorry drivers. Who eyed us suspiciously. We returned the favour. 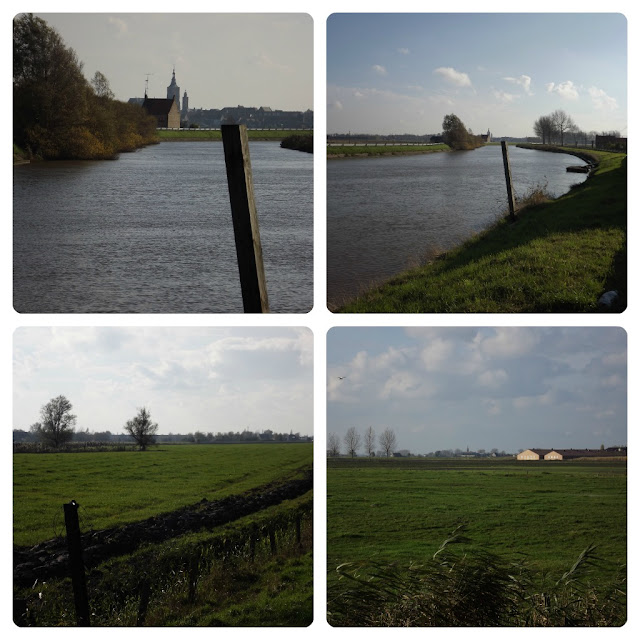 Our obligatory fry up digested and fuelling us forwards, we headed to the Trenches of Death and it's accompanying museum. Such a beautiful surrounding for such a horrid sounding place.

Located in Dixmunde, they are some of the best preserved trench networks I have ever seen, and they really gave me an insight into how complex trench systems were and how basic life must have been. 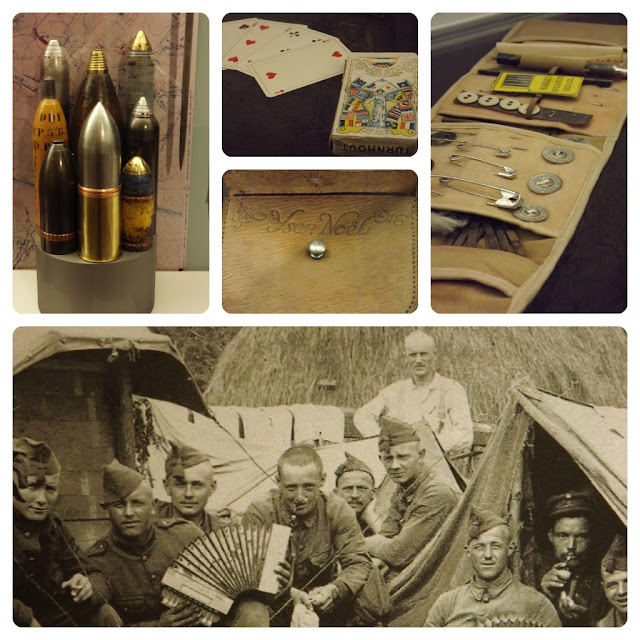 The museum was empty -  having just been vacated by what felt like a whole school of German teenagers - and I felt slightly lacking in written detail. That said, it is a very small building, as the main feature is the vast trench system outside.

Perhaps I am just too much of a wordy gal.

However -  there are some amazing artefacts from the Belgian soldiers who held this stretch alongside the River Yser for the duration of the conflict. Four, long, terrible years of attrition with German counterparts some times only 100 yards away on the opposite bank. 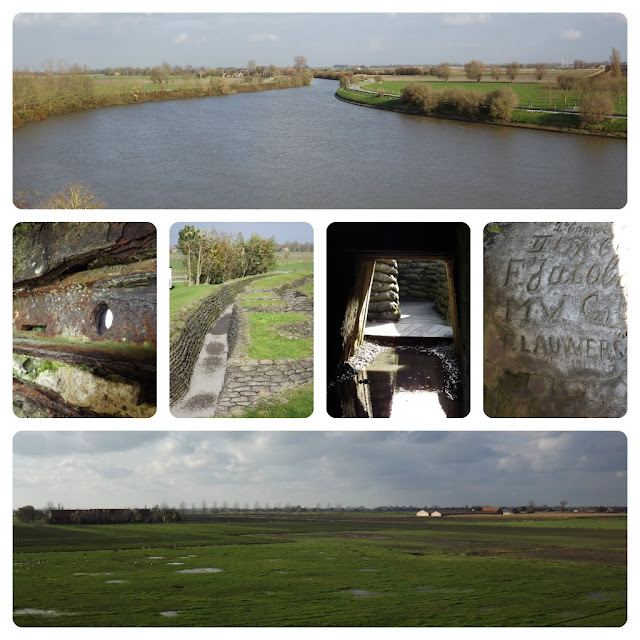 The weather was bleak, but sunny, so I decided to head off on my own for a little wander. When I say that the trenches are vast,  I mean it. With replica concrete sandbags and look out posts, the trench seemed to stretch on forever in front of me. I was soon far away from the noise of the teenagers exploring the dark short tunnels.

All I could hear was the wind whistling through the dead poppies. I felt that the remnants of these Summer blooms were incredibly poignant. 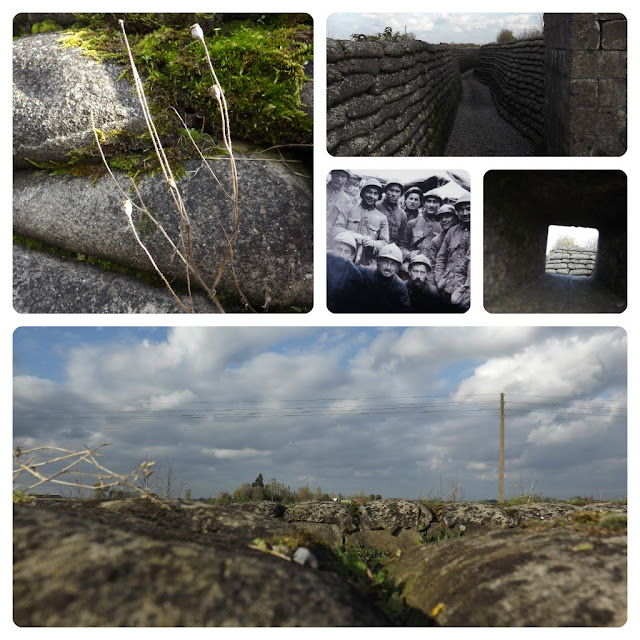 With that in mind and thinking about all the men who must have lived and died here, exactly where I was walking, imagine my surprise to round a corner and see, perched defiantly upon an outcrop, a hearty and very much alive, bunch of poppies. 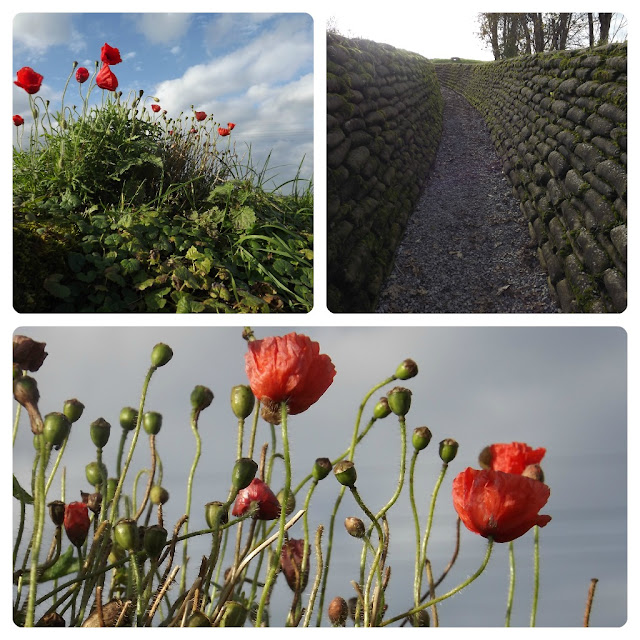 Not to get too poetical about it, but I really felt moved by them and all alone in that trench, I have to confess, I became a little tearsome. I rolled and raised a smoke to those men and their memory and wondered what the rest of the day had in store.