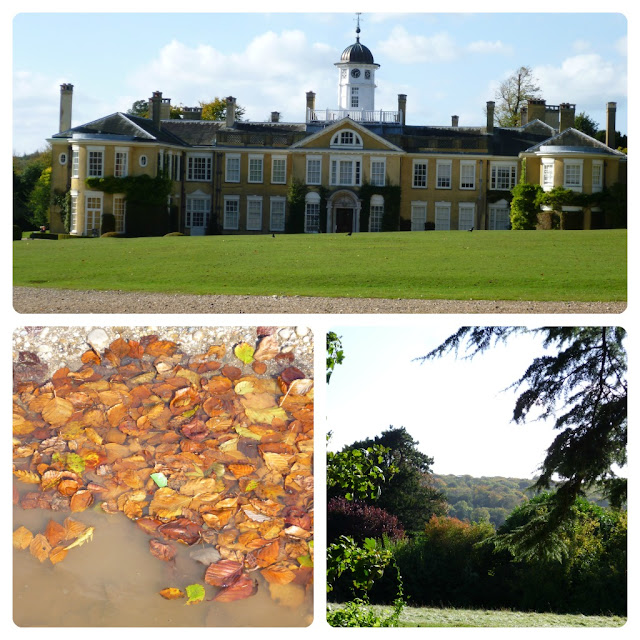 Just as I am not ready to forget about Summer -  it appears that I am hanging on to Autumn with the same gusto.

It was, for the most part, a glorious one. You usually know what you are going to get with this season. The leaves will always change colour - and that is all I need to keep me a happy gal. 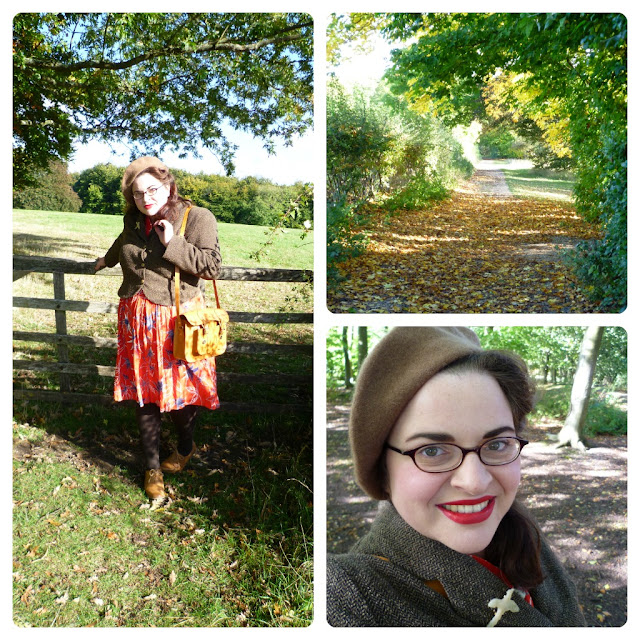 If the sun comes out, say, on a free Sunday afternoon, then all the better. It means that we get to walk around one of our bestest National Trust haunts - Polsden Lacey. Not only am I in love with the grounds, the Edwardian hostess stories of the former owner Mrs Greville, but also the fact it is where George VI and the Queen Mother honeymooned in 1923.

I like to think about them all as I wander around the grounds - the parties that were held, the famous and infamous guests who attended, and a young couple in love and with free reign over the whole estate. 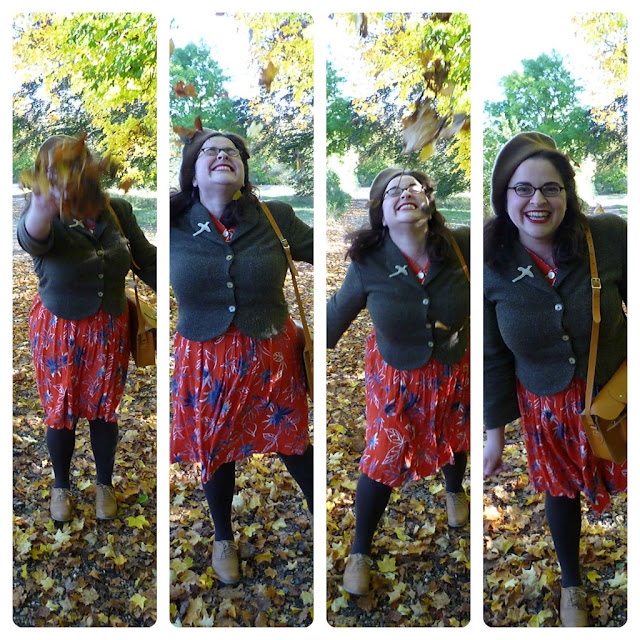 I doubt they grabbed fistfuls of leaves (and pebbles - ouch), chucked them in the air and ran underneath them like me. Kicking up the leaves is fab - but making it rain tree foliage is something that makes me stupid happy.

Along with getting the most out of a summer frock with the aid of thermal undergarments and pair of woollen tights. 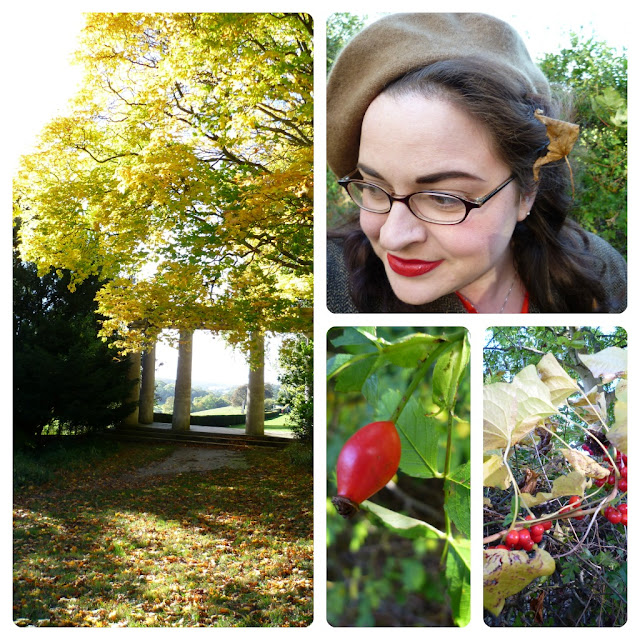 Walking round such a large estate has it's drawbacks. Like not actually being prepared for an hour and a half trek. A saunter? I could handle that. But a full on march was not on my agenda. Alas, The Beard had other ideas. Which involved water logger tracks and a field full of curious sheep. 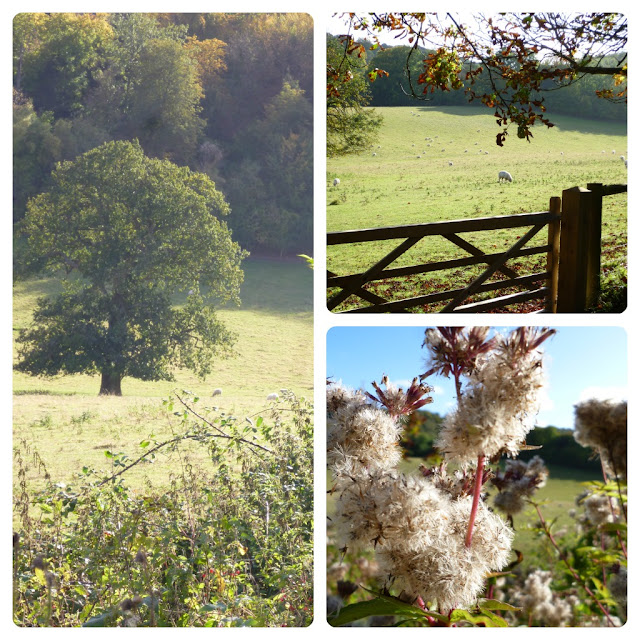 On a major plus side -  we saw hardly another human soul and had the walk all to ourselves.

Apart from the aforementioned sheep. 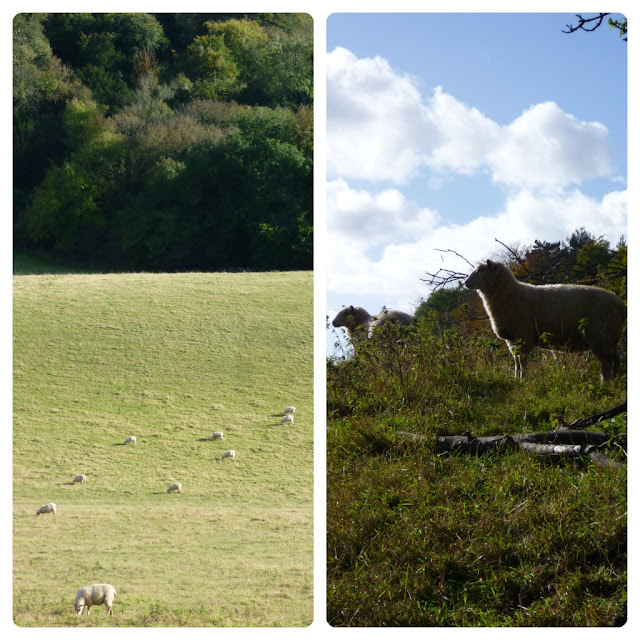 The sun was out, the leaves were a-changing and the autumn fruits were ready to be gobbled by the birds. 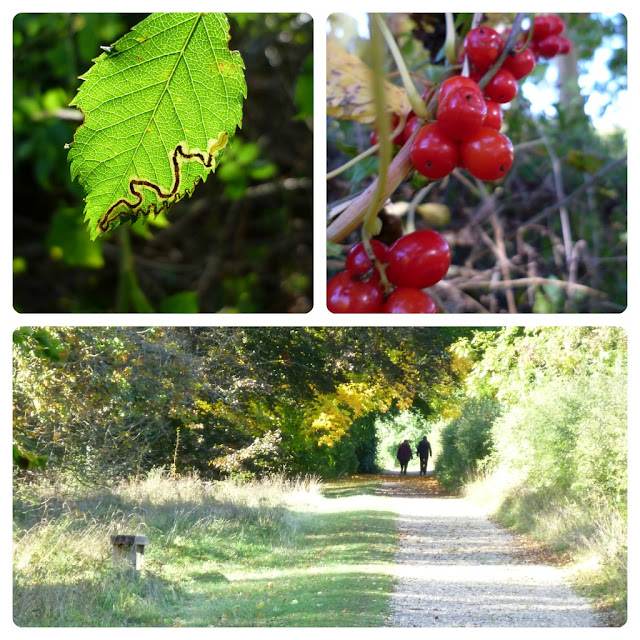 I did spy some rosehips near these glorious red jewels -but fear that my idea of making rosehip anything this year has passed me by. I could not reach them, let along pick them.

Next year my pretties, next year.