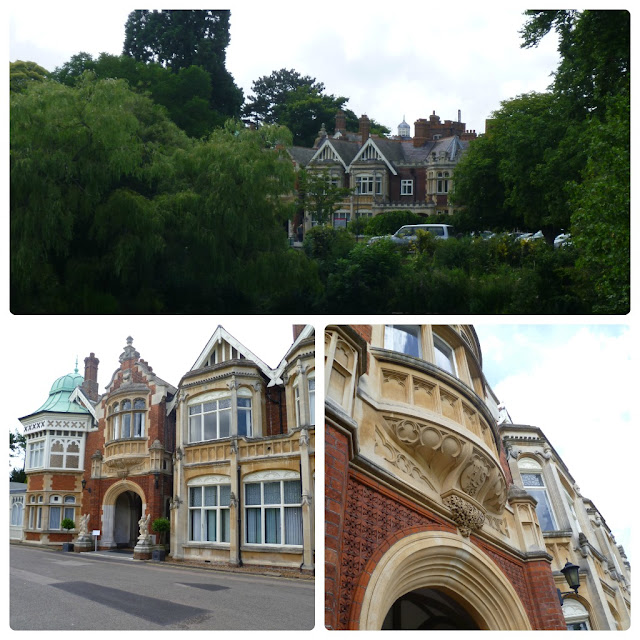 On our recent holiday to my parents house in Northants (we are so retro, man, holidaying with relatives out of town.. and poor.. and grateful for different scenery) we took a break from the beach and headed off to visit Bletchley Park. It has been on my list of places to visit for a very, very long time.

So, to Milton Keynes we went. I am still blocking out the "roman round-about" near collision experience. Such fun. 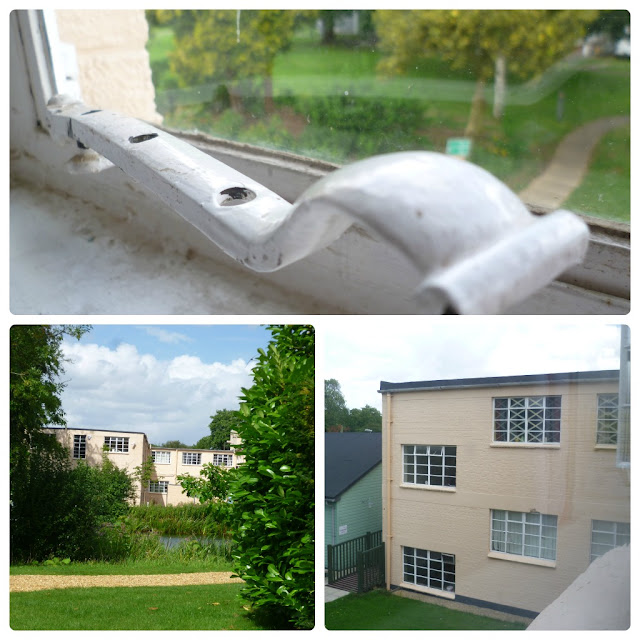 I know very little about Bletchley Park and the real truth of what went on there. The intelligence involved makes my head spin off. I would never, in a gazillion years, been a candidate for that sort of war work. I am too much of a day dreamer and doodler. And I am rubbish at keeping secrets. I would have been loose lipped and got a ship sinked.

Put me in a field, picking potatoes where I am a danger to no one. 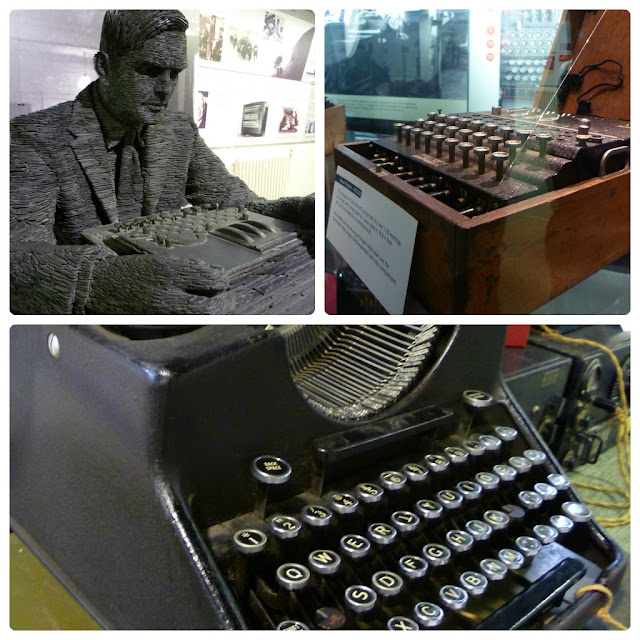 I was very humbled to read about Alan Turing one of the masterminds behind many of the broken German codes, the hormonal treatment he received to "cure" him of his sexual preference when he was convicted of homosexuality in 1952, his resulting suicide in 1954 and the apology from the UK government in 2009.  I am watching to see if he shall be pardoned completely in the near future.

The grounds, with all the outbuildings, reminded me of my secondary school. Even the way some of the paths were laid out. I half expected to see my old headmistress -  who knew every pupils name, which still boggles my mind -  to pop out from behind a tree and remind me to get my arse to clarse. 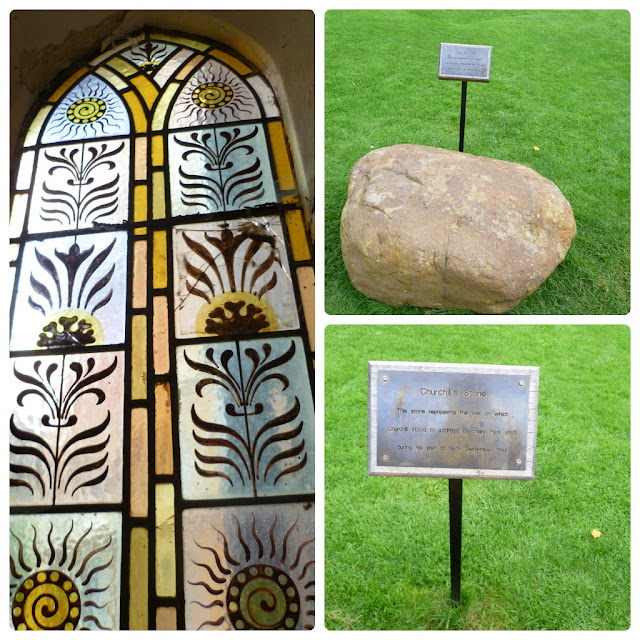 Just outside the main house, there Churchill's Stone and a plaque which states:
This stone represents the one on which Churchill stood to address the  Bletchley Park staff  during his visit of Sixth September 1941

It is only transcribing the above that I realise it was not the actual stone. I really should pay more attention to things when I read them.

The entry fee was pretty steep - probably because I am skint - but, for that you have access for a full year. So, in that case, it's more than reasonable, if you can make it back to the area. 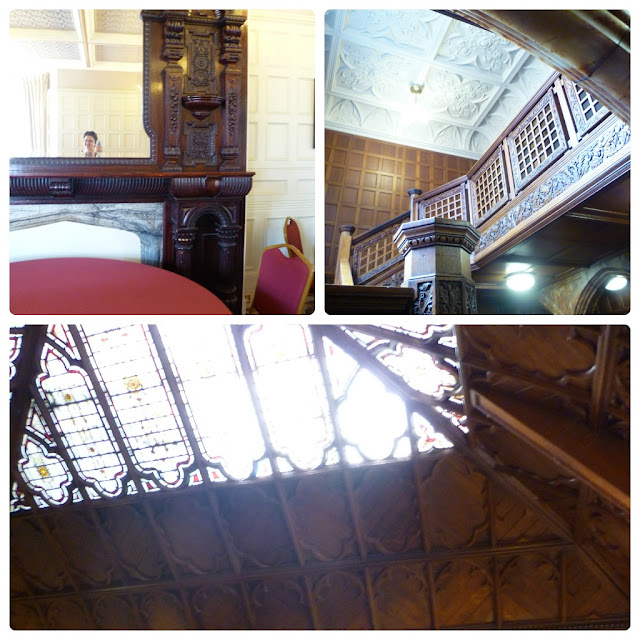 I found the staff to be friendly, enthusiastic and knowledgeable.

Although the main house is now used for conferences, meetings and weddings, it has not lost any of it's charm. I am a sucker for dark wood panelling, it brings out the Tudor fan in me. 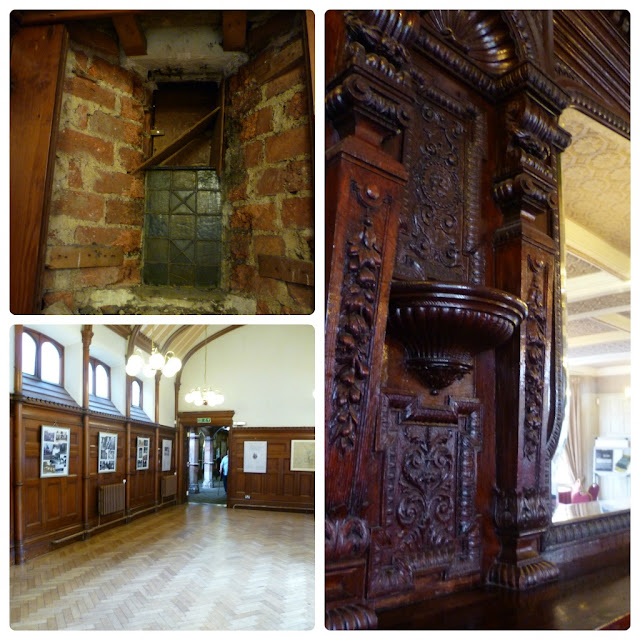 The rooms that are open to the pubic are very obviously still in regular use, but I didn't find that the modern day chairs or projector screens distracted from the history of the place at all.

And, I had a very pleasant man talking in my ear. He demanded my "serious face of  paying attention". 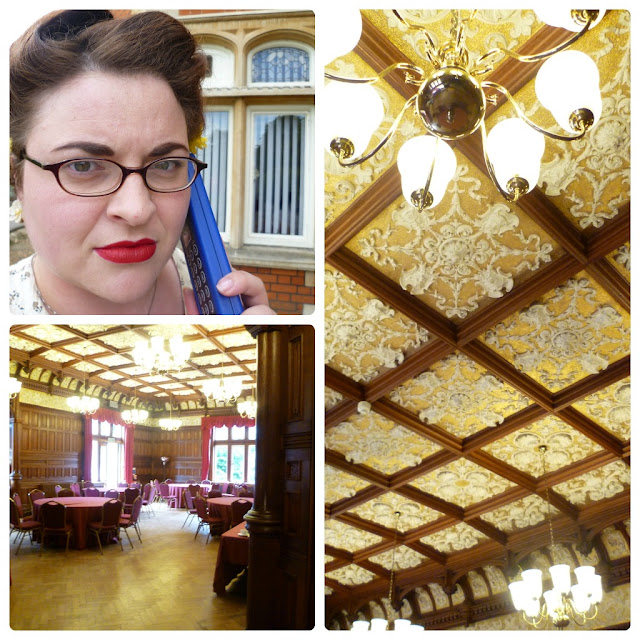 There were small notices telling me the function for each room, like the one above being used for dances. I could just imagine the noise, the heat and the music as people swished about on a weekly basis. A bit of release and fun away from their war work. 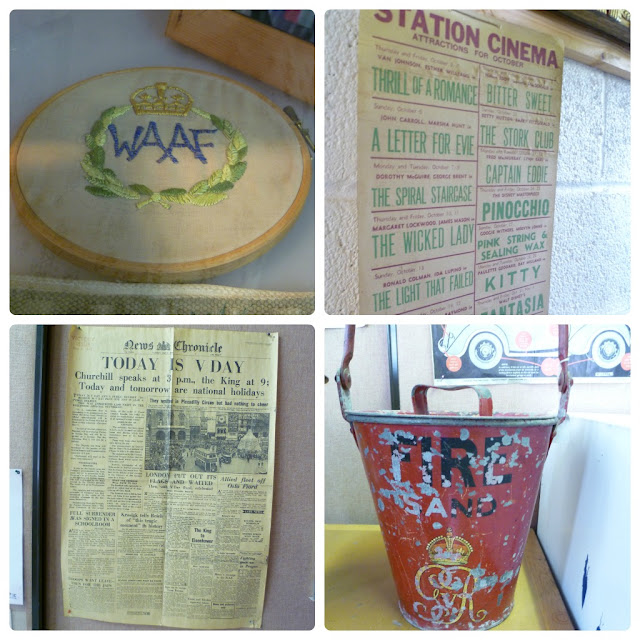 There are also 2 museum bits -  one of very astute facts, figures and an abundance of Enigma machines -  and the other is a random collection of stuff.

Personally, I liked the stuff more. 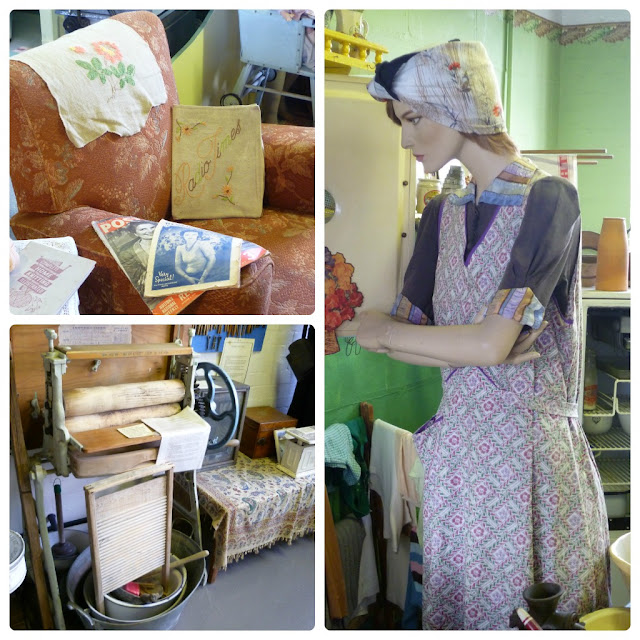 There seemed to be some order to it -  but not much. I like to discover interesting things for myself,. Like my own personal "Where's Wally". In amongst all this jumble, there was plenty of treasures to be found.

Including a stern looking mannequin. 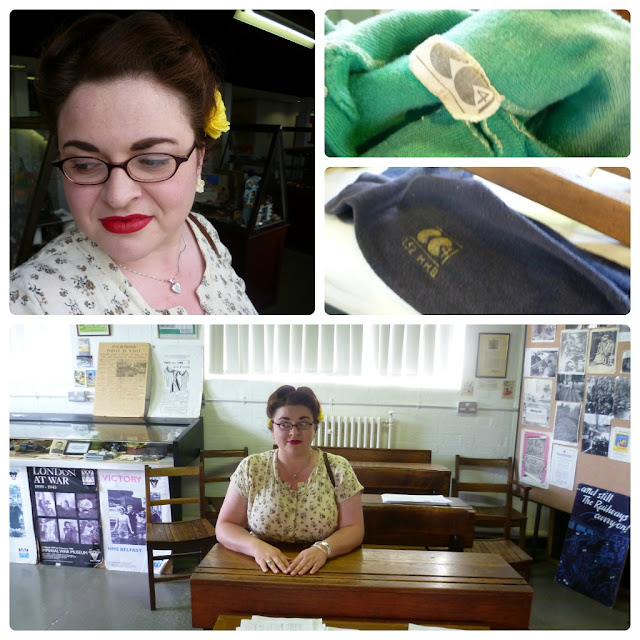 I have to confess, I let out a small yip when I saw these old desks. Reminded me even more of my school days. We had singular lid desks (is there a more proper name for these?) during my first 3 years of secondary education.  All that graffiti and old stickers. Even back then, I used to wonder who had sat at my desk before me. Chances are, it was probably only someone in my form due to the common occurrence of desks being swapped of a lunch time. Odd, but true. 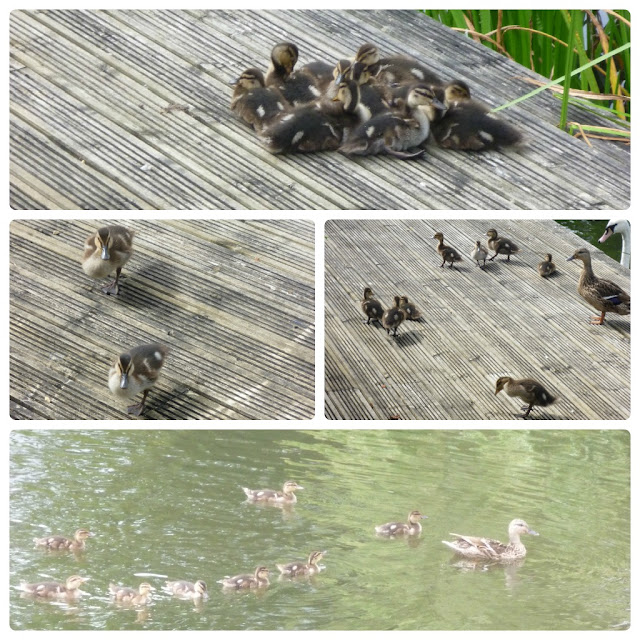 And then, if my day was not good enough already -  BABY QUACKERS!!!!!!
A whole cluster of them, all waddling and squeaky. Ducklings are one of my bestest baby animals, on account of their ability to float.

All in all, a grand day out and well worth the visit.