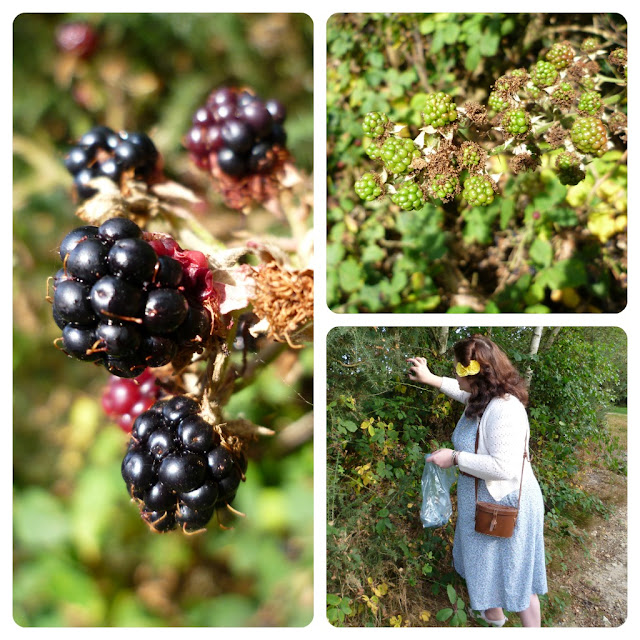 Oh how I love thee Autumn. Let me count the ways. Actually, let me not, there are too many. But one of them is, for shiz, blackberry picking.

I have yet to find enough berries to make jam -  but I have always gathered enough to last me the winter with the aide of the freezer. Plenty of crumbles to come! *drool* 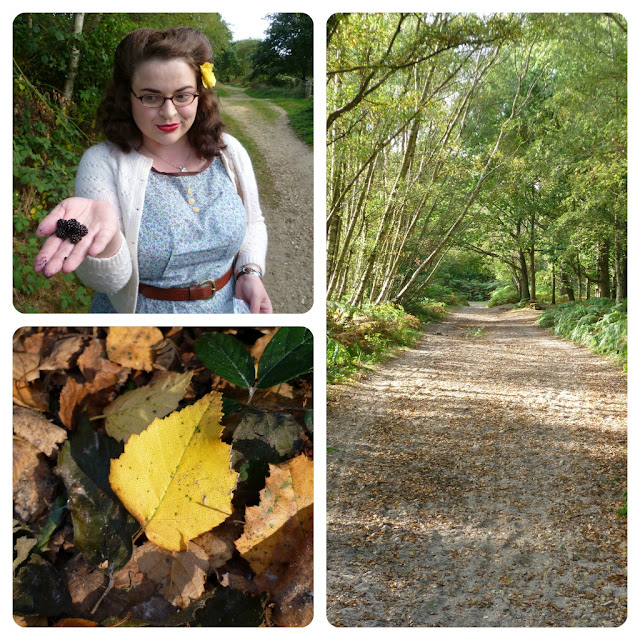 It really has started to turn here on this little spec of land, but the bright crisp days have been few and far between. Rain, in abundance all over and, further North, bringing flooding and woe. I love a good rainy day as much as the next person, but it is becoming dull now. 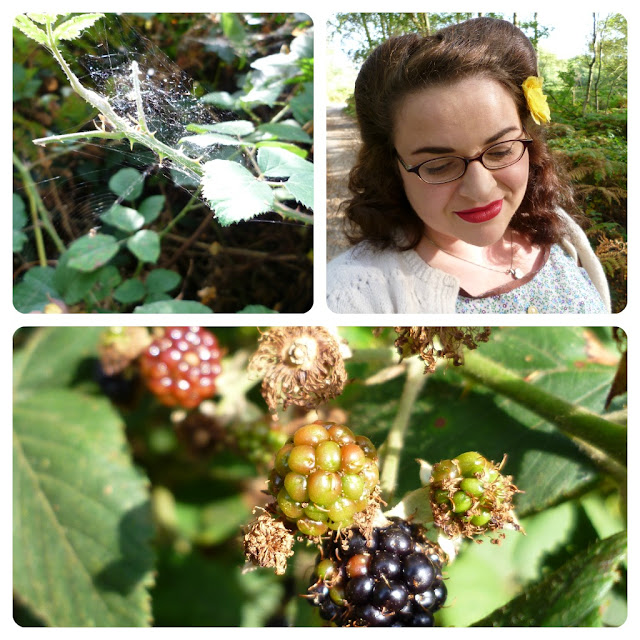 So, rushing outside when the sun makes an appearance is the only thing to be done. If there so happens to be berry picking involved, with the promise of a custard laden treat at the end, I'm game.

I was in search of rosehips - with some faint notion of making syrup or jelly -  and although I found some, I would have needed a ladder to get at them. Alas, no ladder in my binocular shoulder bag. 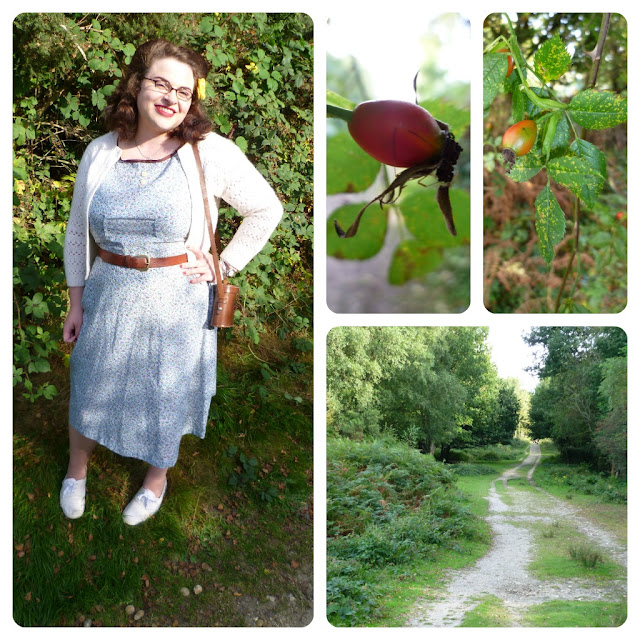 I am still getting lots of wear out of my Home Made Dressing -  despite it's thin-ish cotton. Some nice woolly underthings will soon sort that out. I am thinking of perhaps teaming it with some new leather boots I thrifted recently -  but it might look better in my head than in an actual mirror. We shall see. 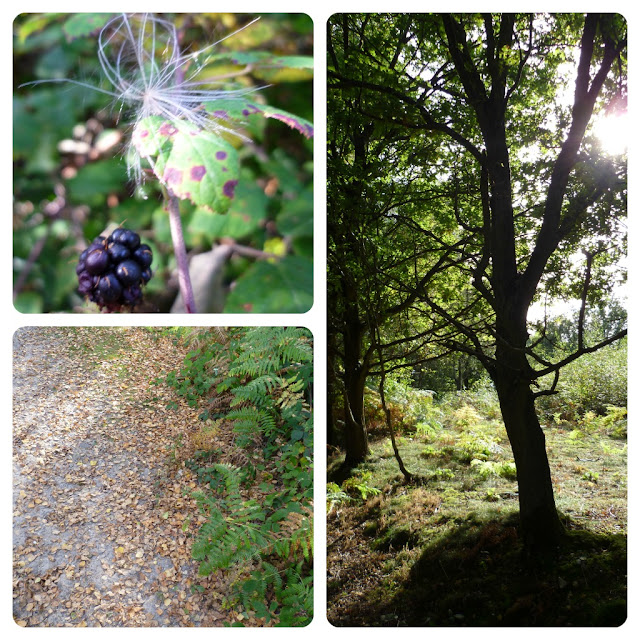 I adore the longer shadows and the days becoming noticeably shorter.

I am a real Autumn/Winter gal and like nothing more than to head off into the woods to soak up all the changes.

The rustle of the leaves, the crunch under foot, the occasional muffled thud of a conker hitting the deck. Squirrels and birds foraging. Me, clambering a bit too far into the thorns, to prise a fat blackberry from it's perch. 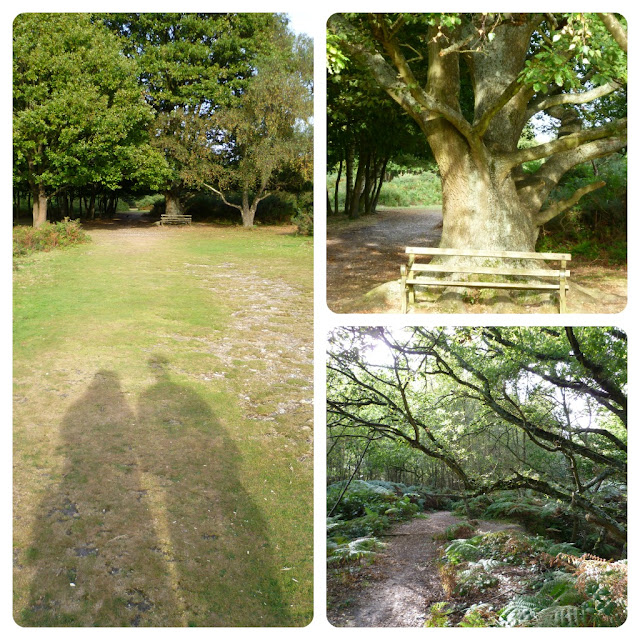 It always makes me smile, to watch nature take advantage of the sweet, plentiful fruit. From rats and mice who gobble up the fallen, to birds balanced and picking the attached, to flies who scamp across the bounty, to the spiders who spin their webs to catch the flies.

They sure are clever, them pider-piders.

Unlike me, who thought it would be a hoot to climb a tree. In plimsolls. 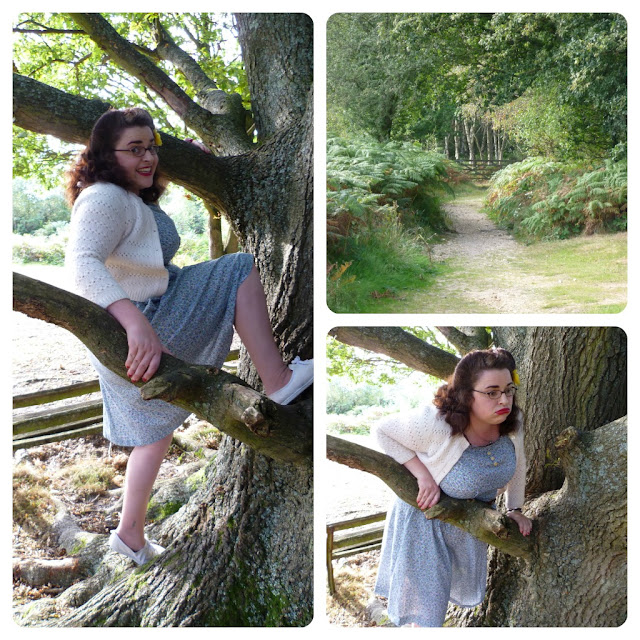 I rushed up to it, shouting over my shoulder to The Beard "A tree! A climbing tree! I used to climb trees all the time! Look - see how I climb!!"

My enthusiasm, spirited on by memories of my younger self (who would have had, I am sure, a flower fairy doll about her person) was met with disappointment at my lack of grip on account of my shoes.

So, I turned homewards and towards a cheering pudding.