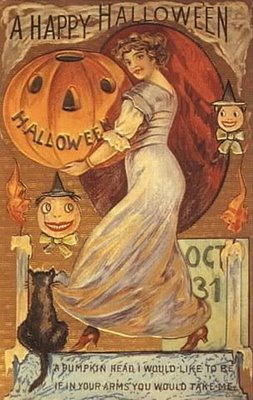 On this evening of Samhain, or Hallowe'en, I have to say that I have never felt anything more or less than any other day. I honour the Dead in my usual fashion, make a nice supper and refuse to answer the door after 6.30pm, when all the wee Trick or Treaters are in bed -  or buzzing round the ceiling on account of scoffing sweets -  and it is badly costumed teens who grace my doorstep in a belted black sack and a grey tracksuit.

Being someone who believes in things like spirits and echos, I have been lucky enough to experience certain things over the years. These have mostly just been feelings, sometimes a physical tap on the shoulder and occasionally, I have heard something. Thankfully, the majority have been friendly and I have felt no ill will. However, on the odd occasion, the uneasiness has been all too real and I have bolted. I know something is not right when my instant reaction is "f*ck that!" -  and I'm off. 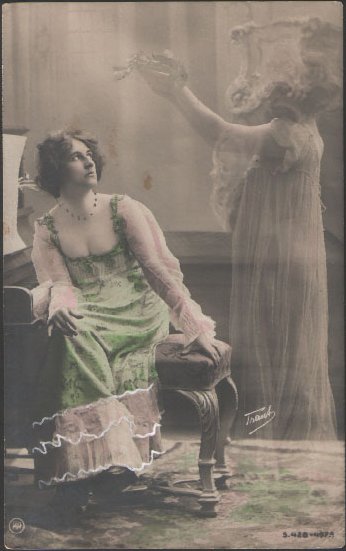 I do think about the times gone by when I have met with something otherworldly. I have yet to make acquaintance with a mermaid or a unicorn - but I am forever hopeful. The animated films of my youth have a lot of answer for.

One time that stays with me, for its ability to make me shiver, was whilst I was visiting Osbourne House on the Isle of Wight. The home of Queen Victoria and her family, and her personal retreat after the death of her husband, we were visiting on a beautiful sunny day a couple of Summers back. We had been wandering around, taking it all in. Such things as the Raj Room, the beautiful views over to Portsmouth and even the bed where good old Queen Vic popped her cloggs at 81 years.  I was pretty relaxed and had felt nothing but sweat gathering on my upper lip all day. No ghostly greetings. 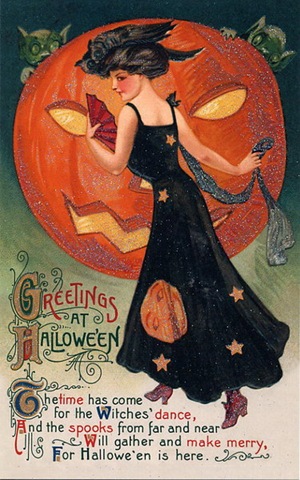 That was until we walked into the Nursery. We were chatting away about something or other when I heard a sharp female voice clearly tell me to leave. Just that one word. I thought it was one of the room guides, but when we entered, there were none to be had. There were no velvet clad ropes advising us that the room was the "stretch-your-neck-as-far-as-you-can-to-see-in" kind (arn't they the worst?) so I dismissed it. Perhaps the sound had travelled from another room? Maybe it was the wind. Either way, we moved onwards.

Firstly, this room is beautiful. Roped off to a certain point for preservation, but beautiful all the same. You can see it here for yourselves. I was looking at the wallpaper and the light fittings, and had not even noticed the ornate crib. That I could of sworn was slightly rocking. In a static and alarmed room. We were the only ones present -  and there were no windows open. The movement had attracted my eye, but  I found I could not look at it. I could not hold it's gaze for more than a few seconds. And then I heard it again. Leave. 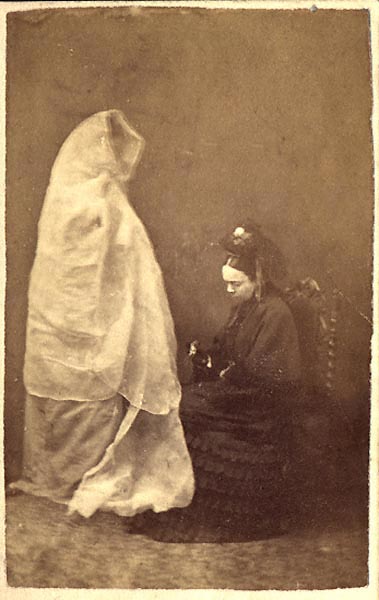 I felt as though I had been physically pushed. Square on in the chest. Not as though someone were actually in front of me, but like energy from across the room had been directed at me. At this stage, I still felt, very much, that whoever this was, was over by the crib. Just to the right of it. With her arms folded. All of these impressions flashed across my mind and gave me a jolt. Like that feeling when you are just about to drop off to sleep and your muscles flip out and make you think you're falling. Or the chain has come off your bike
(as in my case).

I sidled up to The Beard and tugged on his arm. "I don't like it in here. We have to leave" I said. "Before she comes over". I didn't feel threatened by her as such. I felt as though she was panicked, as any Royal Nanny would be, with Prince and Princesses to look after, and strangers standing in the room. I felt she was being protective and asserting her authority over the Nursery.

We made a hasty exit.

Things like this could be in my head. I am aware of that. I am as cynical as the next person. But. I do trust myself and my intuition. Whether that Nanny was an echo or a presence, I know we were an unwelcome intrusion.

And there we have it.

Whatever you are up to this windy evening, I wish you a wonderful Samhain.