Upon the Sunday before last, I was invited by my friend Lena of Vintage Guide to London to take part in a Vintage Style Cycle. With the bikes being provided by Tally Ho! Cycle Tours, how could I say no? It will be the closest I ever get to feeling like I own a Pashley bicycle. Trouble is, having now ridden one, I need - not want - NEED - one even more. 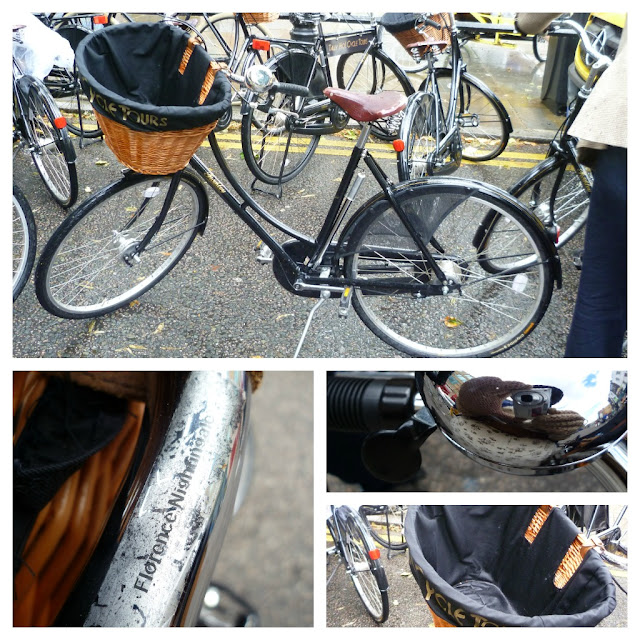 When I awoke, the weather was nice and sunny. When I came out of the shower, it was lashing it down. I checked my wardrobe for anything remotely practical for such indecisive weather, and came to the realisation that I own nothing of any practicality for cycling in the rain.

My cycling comrades did not let me down. They were all in their finery too. 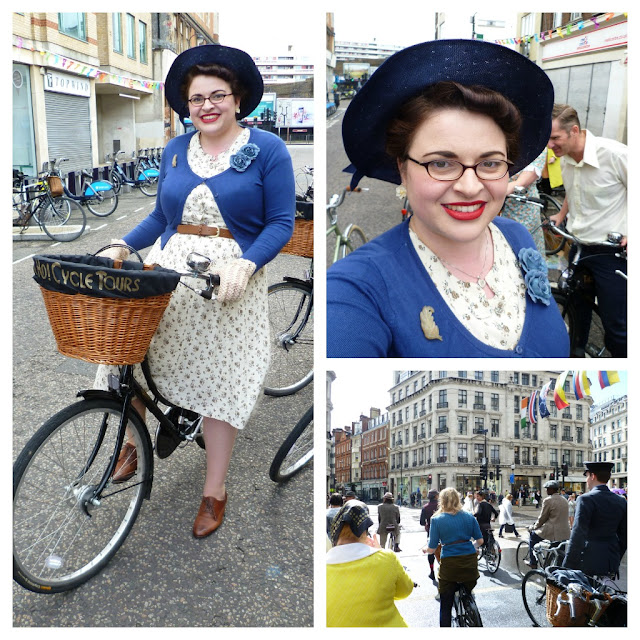 I have not ridden a bike for well over 2 years. Since, in fact, I bought a 1960s ladies bike of purest, basketed, green. Which I rode home and is now sporting the flattest tyres in bikedom. And has been accessorized with various garments of washing. It's a great airer.

So, I was a tad nervous. Not only to be cycling, but to be cycling in London. With buses and cabbies who can be incredibly impatient - as I was to discover. I could have doffed by hat and batted my eyes, but an expletive and a hand gesture seemed like a language they would understand. 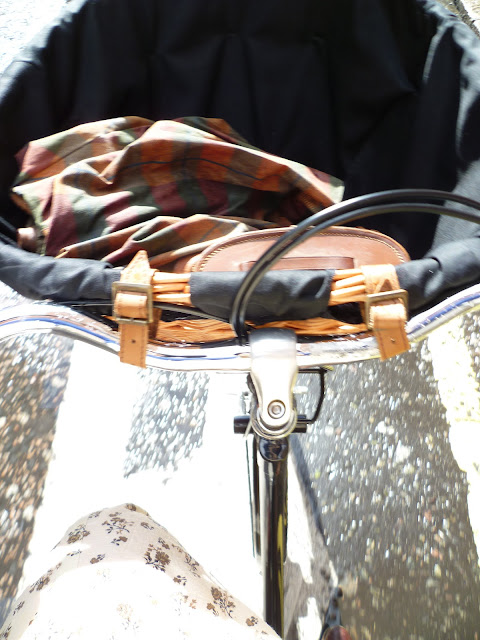 I need not have worried. Riding a bike is something that you truly never forget. The bike was sturdy, the pace was easy and the roads, for the most part, were empty. Unlike the sky -  which as we set off -  decided to offload some the water it was full of. To such an extent that we had to find shelter.

It was not conducive to cycling. At all.

But, not long after, the sun came out and off we went. 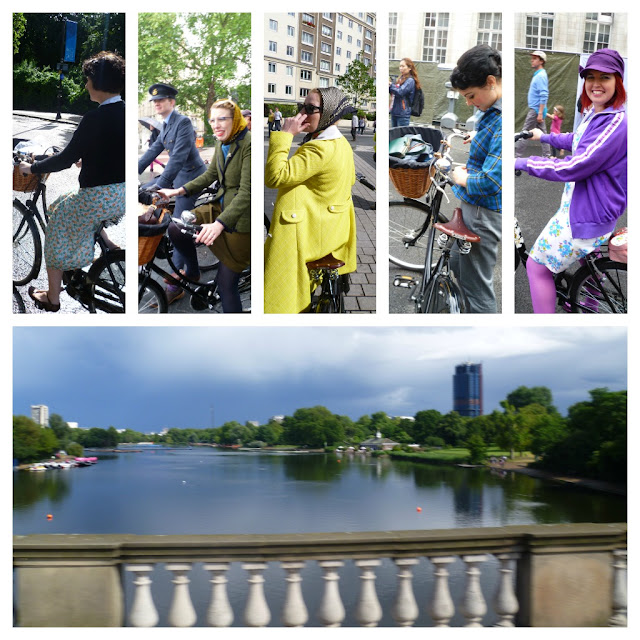 The fact that the Women's Olympic cycle race was in full swing that day also, was not lost on me. Not that my gentle amble can be compared. The only similarities was the weather -  as you can see from the big dark frown that followed us and honked all over us. Again. 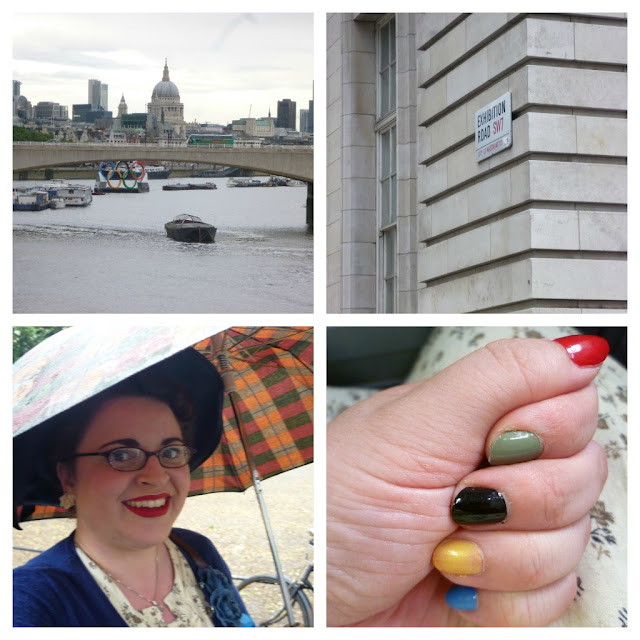 In all -  it was an awesome day out. I have never done anything like it before. I have never shouted "Good Morning Korea!!" for a film crew. I have never cycled in London. Nor have I painted my nails in 'Lympic colours or cycled whilst holding an umbrella.

If you would like to see a wee video of it - hop on over to here   - courtesy of Velo Vintage.

Can I do it all again please? Hold the rain.