So, ermm, yeah. I am excited about the Olympics. I didn't think I would be. Lord knows it has been one media storm of embarrassment after the other in recent weeks, which has made me roll my eyes, shake my head and swear.

But, I forgot all my doubts when I actually saw the relay.

Because, that was one well oiled machine. And it bestowed upon me the unexpected thrill of holding an original torch from 1948. 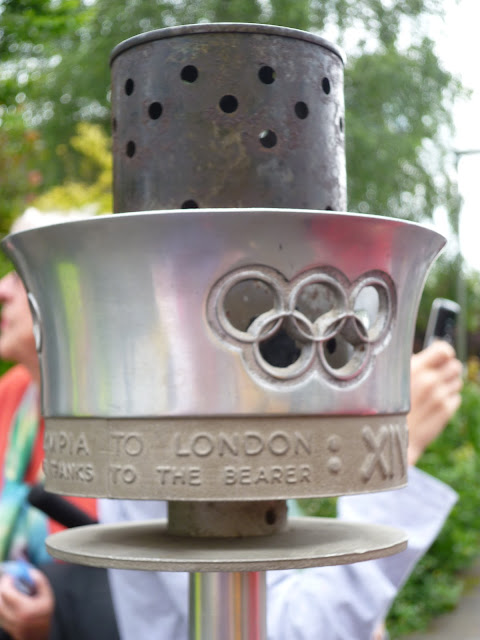 Maybe it was because the sun had (FINALLY!) come out for more than a nanosecond, or it was all the children who, having broken up for the summer, were high-fiving police officers along the route, or the people who had set up a table & chairs + Pimms outside their garden gate - but  I felt like all my wasted & washed out Jubilee jollity came to the fore.

And considering that I am throwing an Olympic-Ceremony-Partaay on Friday, the happy clappy feeling seems to be here to stay. 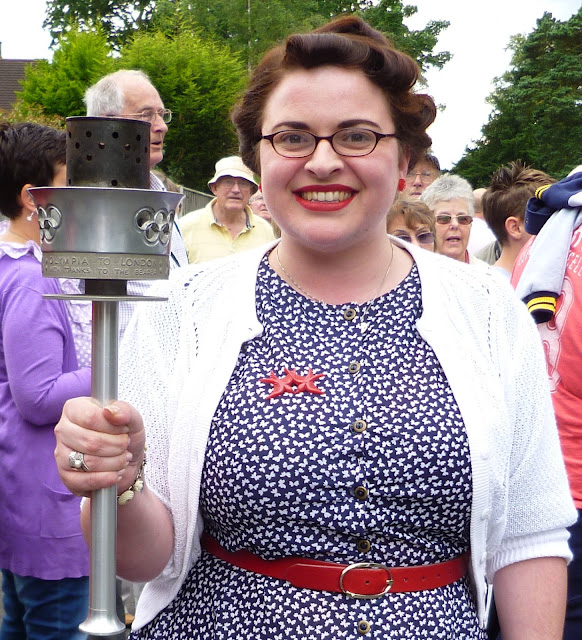 I never thought that the elderly lady holding this, when I asked to take a picture of her with it, would hand it over to me. I am sure this has been done up and down the UK -  but I felt proper honoured. But there were witnesses, so I could not nab it. Sigh. 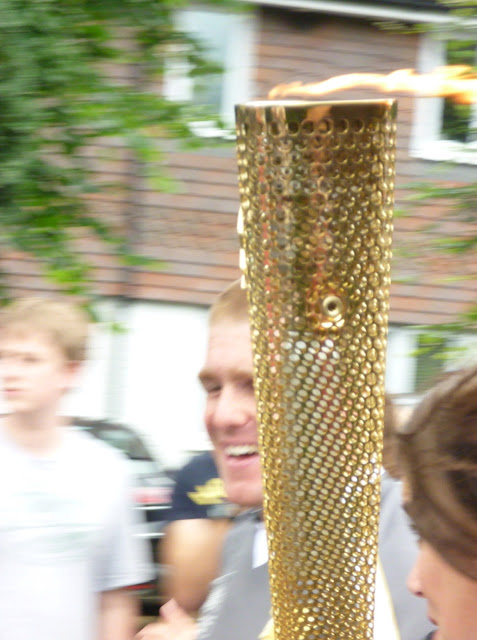 I have to admit that I love the symbolism behind the flame. I watched the ceremony in Greece, streaming live and unable to understand a word, but being a lover of mythology and the Grecian Gods in particular, I could not help but feel a little yip! of happiness.

As it travelled round Greece and finally landed on UK soil and headed around the country, I patiently waited.

But, do you know what? The actual flame went by in the blink of an eye. A mere snap and it had gone past me and I was swept up into the throng of people coming down the street.

This put me in pretty good stead to see the "kiss" between one relay runner to the other. 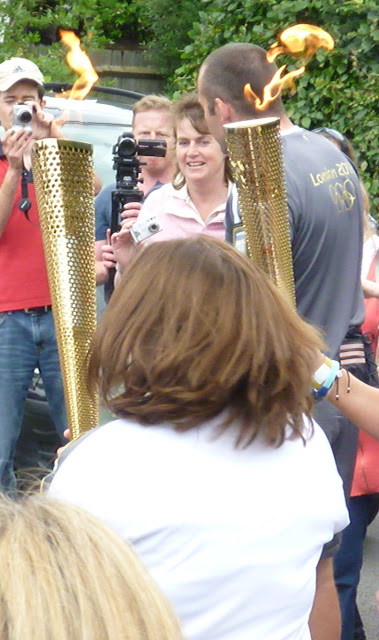 I then, literally, skipped back to the car. I may have also clapped.

Email ThisBlogThis!Share to TwitterShare to FacebookShare to Pinterest
Labels: days out, history, home