I love the Royals. I adore Royal history. I am a Royalist.

There. I have said it. It's out there.

I make no apologies, will enter into no discussion about it and am proud to be so.

Some people are proper anti and would release the Guillotine themselves (hi, Granddad).  Some are not fussed either way. Hurrah for difference of opinion.

How yawnsome for everyone to be the same. 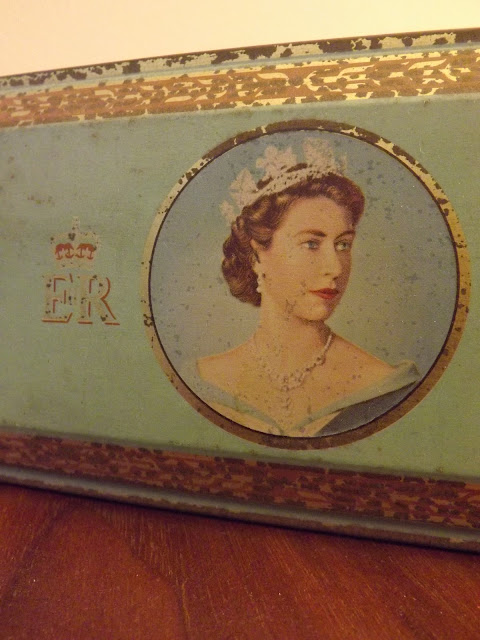 I like to collect Royal memorbilia. Not just things to do with the current Monarch.

Here are some of my bits (not those bits. Norty) 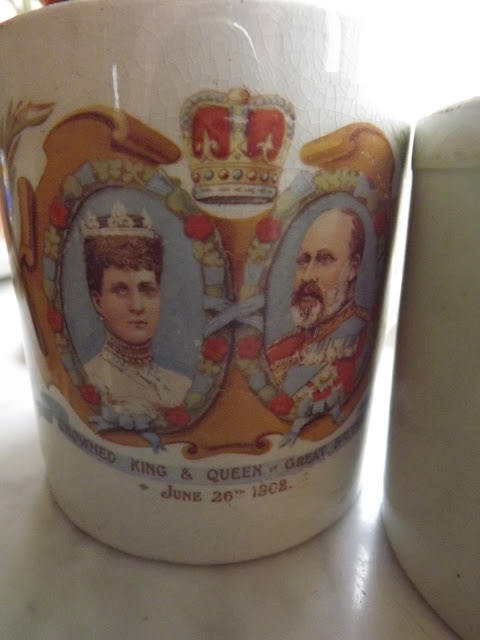 I have been nabbing these coronation cups for a few years now. Two of them are now antiques. 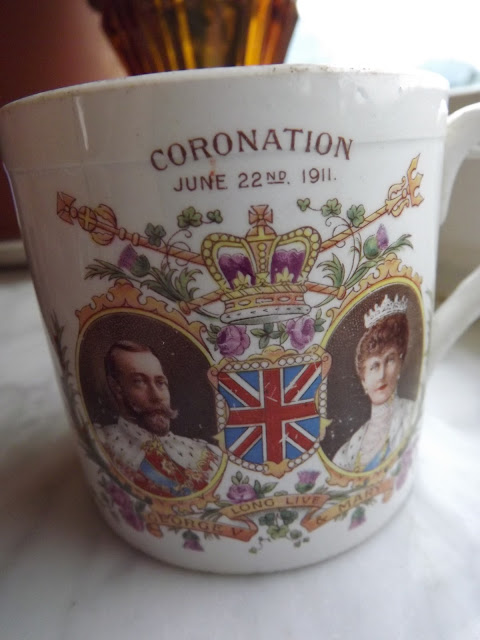 Antiques that came to me through the wonder of carboots for no more that a couple of quid. 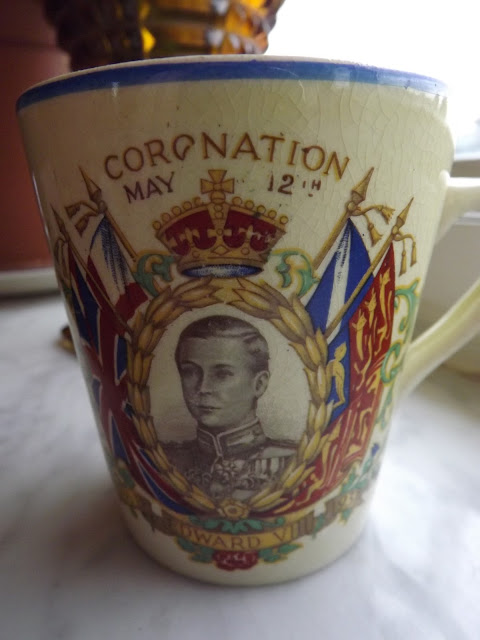 The piece I have special affection for is the George VI. Things commemorating the coronation of his brother, Edward VIII, are fairly easy to find. As he was meant to be King, lot's of things were made and sold. 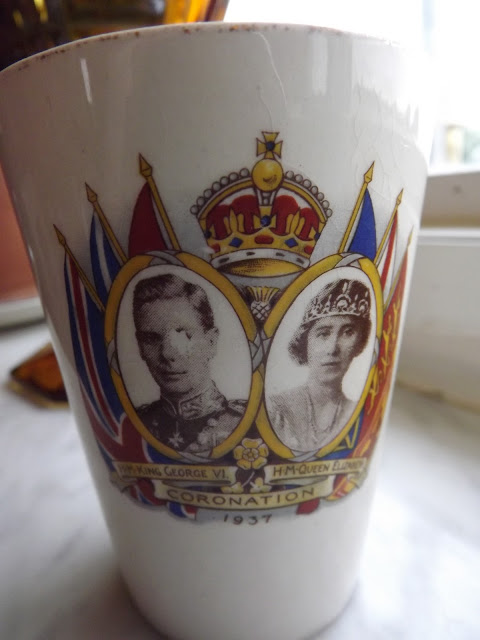 But, as he abdicated in December 1936, souvenirs of the man who took his place can be a little harder to find. 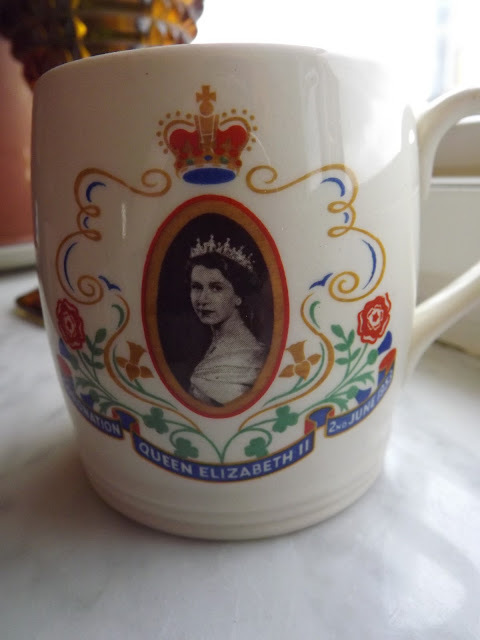 The only one I am missing from the line up is Queen Victoria & Edward VII.
The search continues. 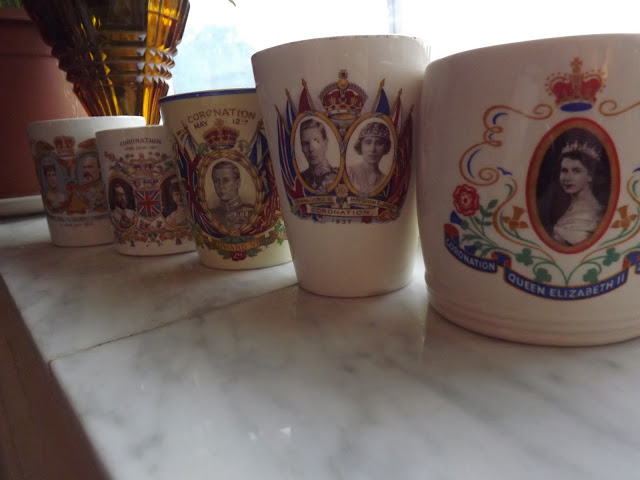 I am interested by the things that were made for my ancestors to purchase and remember the national events in the lives of the Royal Family. 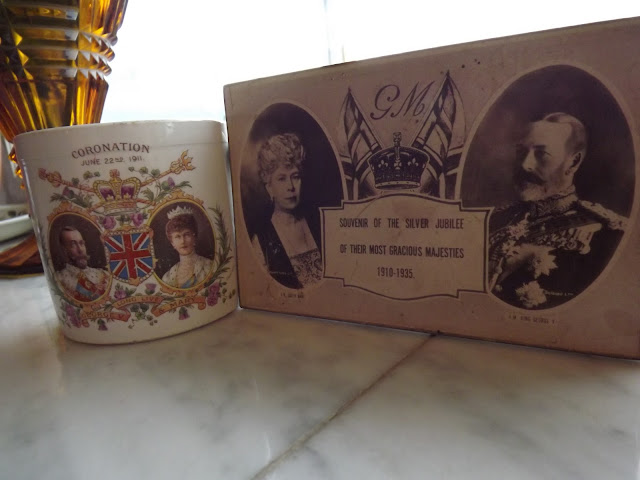 Like this Silver Jubilee wooden plaque for George V.  It also spooks me how much The Queen looks like her Grandmother.

I also have glass plates and a fruit bowl for George VI. And a tea plate for Edward VIII. 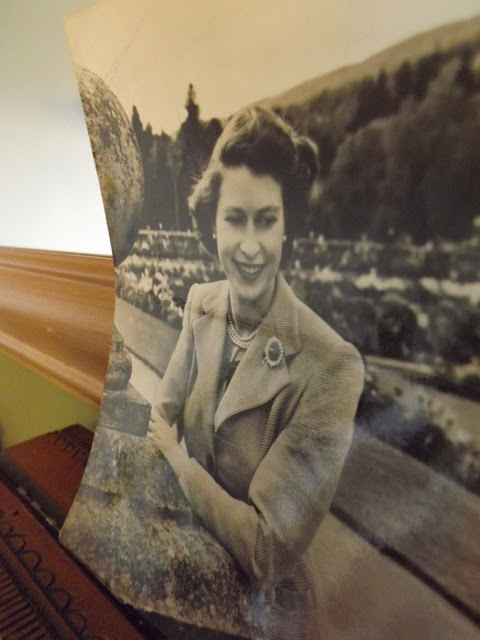 And, being a fan of The Queen, I do have a picture of her on display in my home. Not a regal one in a frame, but a casual looking photo of her as a young woman.

Which I adore and picked up for 10p.

So. God bless ya Ma'am
(as in ham, not Marm like palm)