A very long time before I saw the now infamous James Cameron movie (which I shall tell you now, I saw approximately 12 times at the cinema -  I kid you not and make no apologies -  and the re-release in 3D? Yeah -  I shall be seeing that too), and developed my unabashed girl-crush on Kate Winslet - (seriously -  I was obsessed -  still am) I was interested in the history of the RMS Titanic.

I have been trying to pinpoint where my fascination may have sprung from. The earliest I can recall was mention of it in Ghostbusters II. I think I remember asking my Pops what the Titanic was after seeing it appear on screen, complete with a gash in her side and passengers emerging. The scene spooked me. It still does.

Because, as we all know, RMS Titanic failed to make it to her destination, along with 1,514 of her passengers. One of the greatest loss of life to a maritime disaster during peacetime.

The picture below is the last sight of her as she left to cross the Atlantic on April 10th 1912.

Today is the centenary anniversary of the event. An event that has reverberated down the decades, through the generations and still inspires interest, research and speculation today.

I find myself thinking "Really -  one hundred years ago? Fo sho?" -  because to me it does not feel all that much in the past. I guess this comes from being someone who wallows in various historical periods at any given moment via books and general thought process. For me, things from bygone eras are never very far from my daily life. The floating microcosm of society at the time and the fallibility of an engineering marvel versus nature, has made me revisit books and programmes about RMS Titanic again and again over the years. 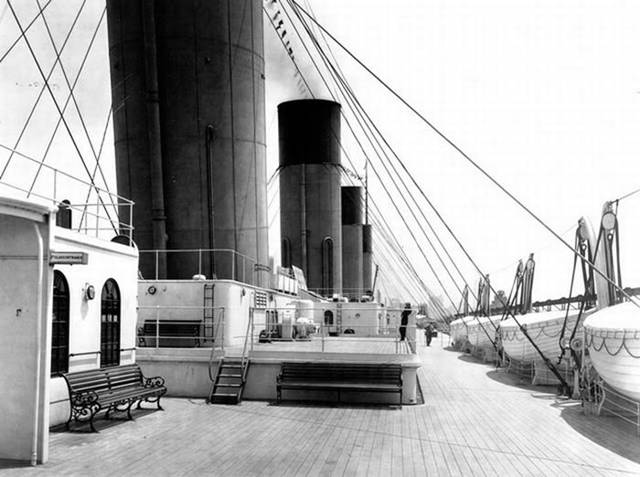 Titanic was the largest ship of the age, surpassed by her sister ship Olympic only just. There was a buzz around her from her city of origin in Belfast to New York who awaited her arrival. 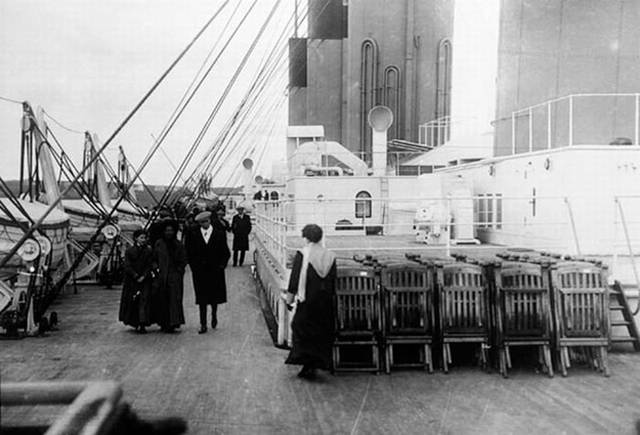 It was a sought after ticket. Not just by the upper echelons of society, some of whom were used to transatlantic jaunts for business and pleasure. In today's terms it as significant as the first flight on Concorde.

But aboard were also passengers who were leaving Europe for a whole new life. The steerage passengers who would later be trapped and forgotten about -  fighting their way out and not daring to cross a roped off section to pass thorough 1st class to access the boat deck. The majority were clinging to their possessions.

It always makes me wonder what I would take with me if I was leaving for a new beginning, far from home. What would be in my suitcase? What I would consider irreplaceable and want to keep with me at all costs? 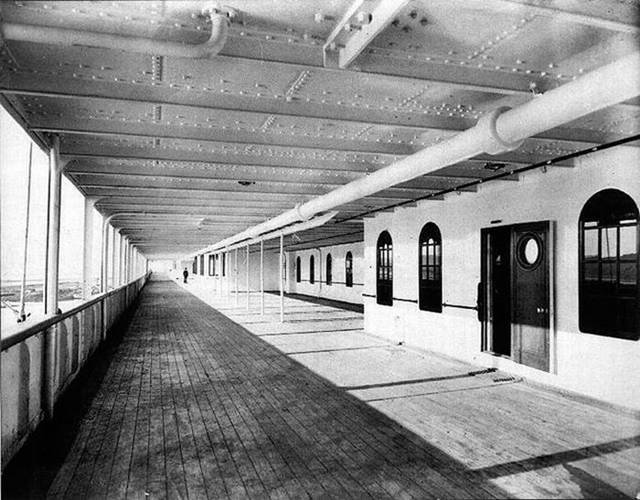 Whenever I read or watch something new about it, I always find out bits of information I thought I had already digested and stored away -  like Southampton losing over 500 local people in the sinking. And that there are more memorials to the "Band that Played On" than any other collective group lost. Striking the iceberg at 11.40pm  the initial reaction was of calm and puzzlement. Ice was kicked around the deck and placed in peoples drinks. The bulk heads would protect the ship from foundering, such was the belief. No need to panic.

Other ships near received messages. Crucially the Californian, a mere 10 miles from the now stationary Titanic, had switched off her wireless and lookouts thought it odd that rockets were being launched. There is confusion as to whether or not they ignored light signals from Titanic or visa-versa .

500 miles away, the Olympic knew exactly what was happening due to her strong Marconi system, but was too far away to be of use. The Carpathia responded and began to make the journey to Titanic's aid.

And so the loading of lifeboats began with women, children and -  depending which side of the ship you were on -  men. All lifeboats could hold 40+. One launched with as little as 12 passengers.

A mere 2 hours and forty minutes later, RMS Titanic was gone and became an ocean liner of legend.

I find myself wanting to change the outcome in some way. To tell them to slow down. For the sea to be rougher, so there would be break water at the base of the iceberg. To break open the box containing the look outs binoculars, for which the key was not even on board, and hand them a pair.

To place the first ice warnings at the top of the pile as opposed to the frivolous messages from passengers to those on the main land. To whisper to someone that if they hit the iceberg head on the chances of them making it to port were far greater. 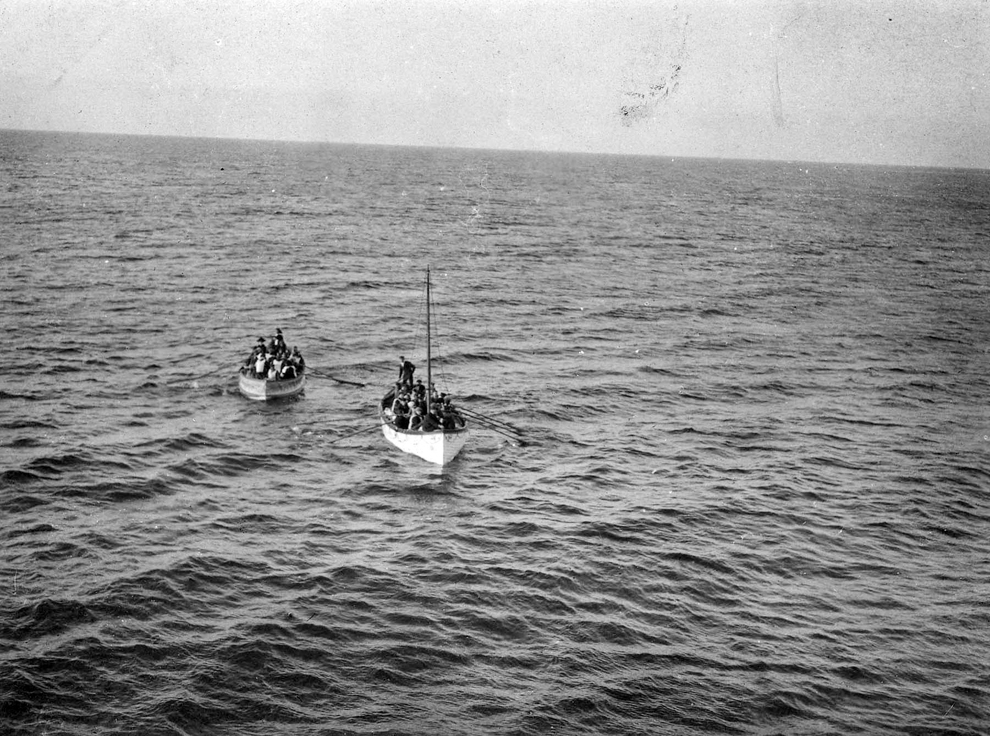 The loss of that one ship changed the rules and regulations of passenger liners for ever more. And no commercial ship has been sunk by an iceberg since. To me, the sinking of the vessel is a history marker. Not only in regards to the catastrophe itself, but also, a short time later the world changed forever with the advent of The Great War.


It is turning point, the wave that began the sweeping away of the halcyon days of
Edwardian society indefinitely.