Munition Girls of The Great War

Whilst reading more books about The Great War than I dare to mention just yet, although the reviews are all nestled in my draft folder, I have been on a search for more information about the female role within such a historical time. 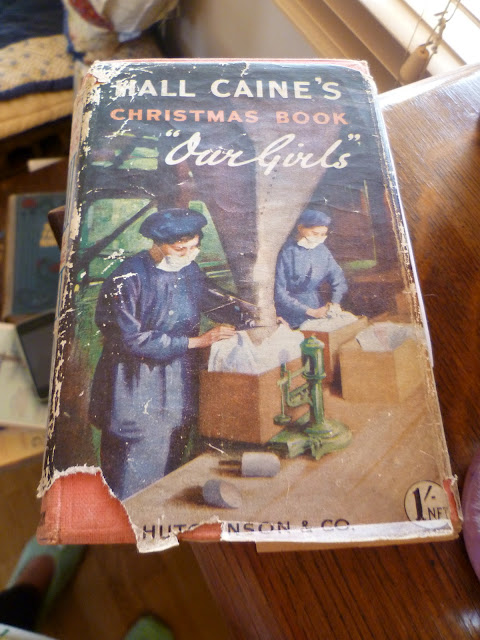 There are books available solely about various roles - mostly nurses I have found -  and even a little bit about the Women's Land Army, which came into being in 1918, but very little exclusively about the munition workers.

Not that I have found in any of my searches anywho's. 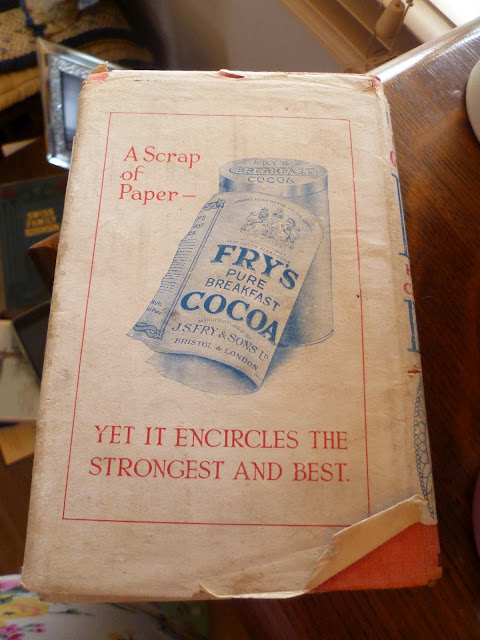 So, I turned to the mighty machine that is Twitter. There are many reasons why I love the Internet, the multi-faceted Tweeps being one of them.

A quick question asked enabled me to connect with some much needed answers -  and it turns out that there aren't that many books out there. Sigh. 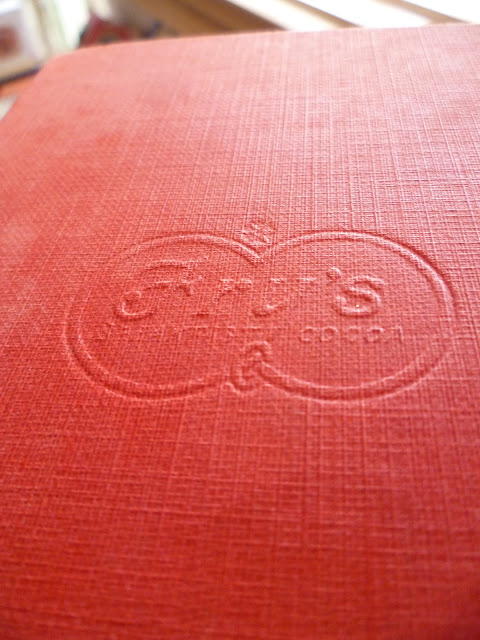 After adding the ones that I liked the look of to my Amazon wishlist for future, possible, purchases, I sat back and huffed. I needed to know more. And then the wonderful Mr Badger Writes  tweeted me with an offer I could not refuse. 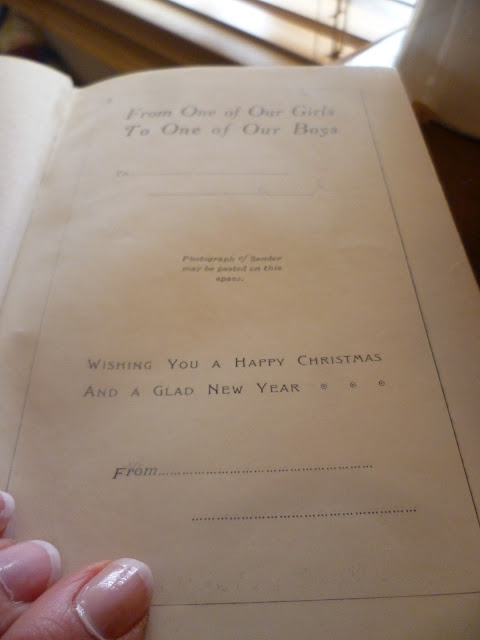 He told me he had a book that I may find of interest. A book from 1916. A book written for the "Boy's at the Front". A book solely about the work of women in the factories back home.

And that he would lend it to me. Someone who he had never met. What an awesome gent. 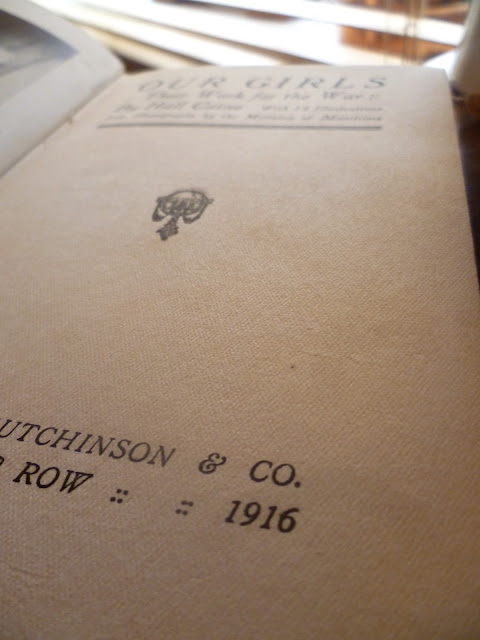 Just the smell of the old book was enough to make me smile. I gave it a good read, and raising an eyebrow at some of the "don't worry boys, they will be back in their place upon your return and you can have your job back" connotations of the age (remember The Suffrage Movement was still in it's relative infancy), I really enjoyed it. 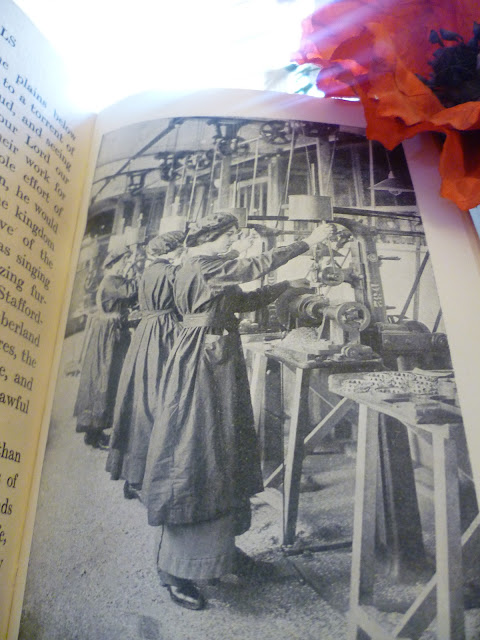 Something that has always struck me as ironic is, although the lads were away fighting and thinking of little else but home and the women in their lives -  chances are -  they were killed or maimed by ammunition made by them.

Be they women from the Allies or the Enemy on either side - most munitions were made by women. 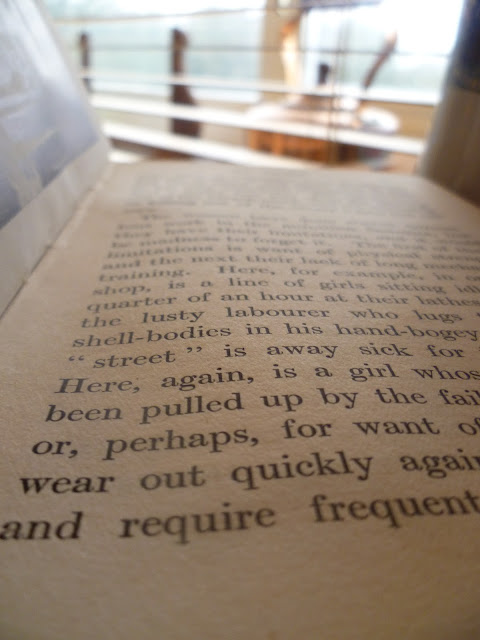 The work needed to be done, money needed to be earned, and the females of the populous answered the call. After UK conscription was introduced in 1916, women began to carry the load. By 1918 near on a million women were working in the factories.

Although not conveyed in the book lent to me, perhaps for reasons of moral  -  this book was going to the Front after all -  the hours were long and the occupation hazardous. 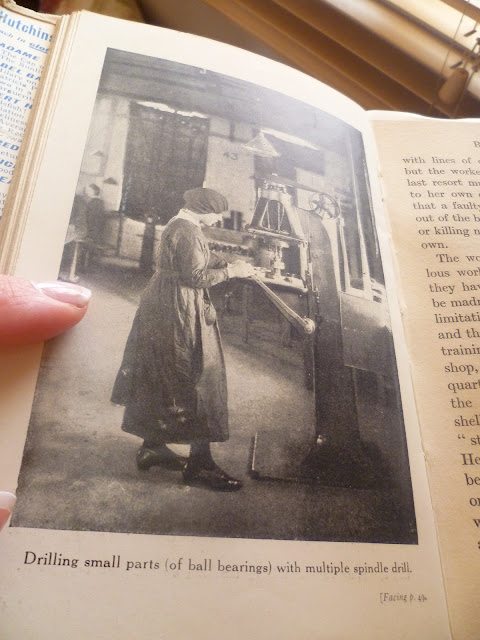 From the physical fatigue to the chemical legacy, they bore the scars of their contribution. They lost hair, they lost teeth, in some cases their skin turned yellow and in others they lost all fertility. Some 400 women died as a direct result of over-exposure to TNT during those 2 years.

But the need to be "doing their bit" for the War effort, coupled with the monetary rewards, encouraged them to sign up for the role.

"I felt damned embarrassed when I walked into a pub ... one girl forestalled me saying, "You keep your money Corporal. This is on us", and with no more ado she … produced a roll of notes big enough to choke a cow. Many of the girls earned ten times my pay as a full Corporal" 
It gave them a sense of independence and freedom of choice that was to continue, in varying degrees, once the War had ceased. The door was open and women began to push.

My quest continues for more information -  especially about the so-called "Canaries", a group of women from Scotland who, literally, turned canary yellow from the chemicals -  but this is a start.

The start of me learning more, realising more and piecing the bits together from my collective female history.

A history that needs to be remembered.