It is fair to say that I, along with many people I know, felt that the majority 2011 was a steaming turd of a year. Don't get me wrong -  I had some grand old times and some lovely things happened. But -  the general consensus from me to you is  -  it was pap.

So, to give it a good old heave-ho-begone-so-long, we headed off to spend the welcoming in of 2012 with some good friends of ours. There was the promise of food and laughter. How could we say no? 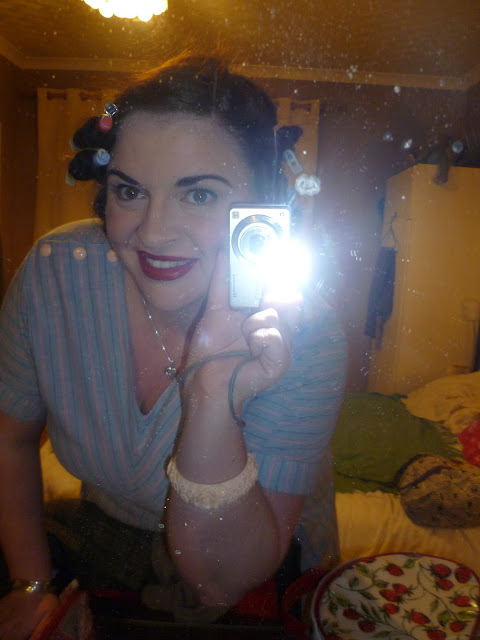 I spent all of the final, limping day of 2011 in my pj's watching old movies, slurping tea and enjoying the flickery candle light around the flat. With the heating off. On account of it being a spring time 12 degrees Celsius in the outside word. In December. It has been so warm, the blossom has started to come out on the cherry tree outside. Me no likey. 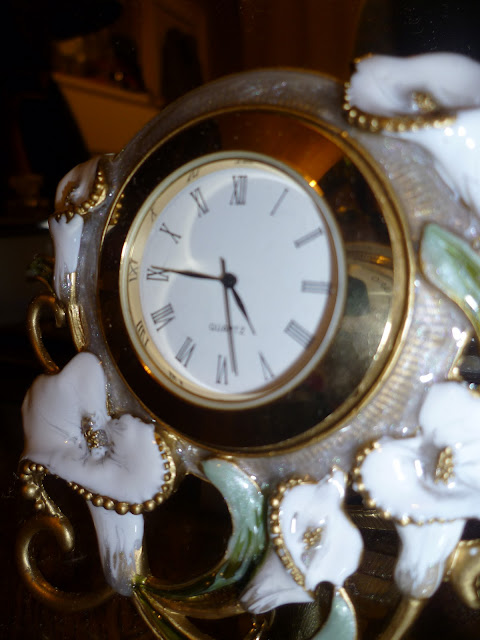 But with the clock a ticking out the last hours and a dinner a waiting - I heaved myself into dolling up mode... 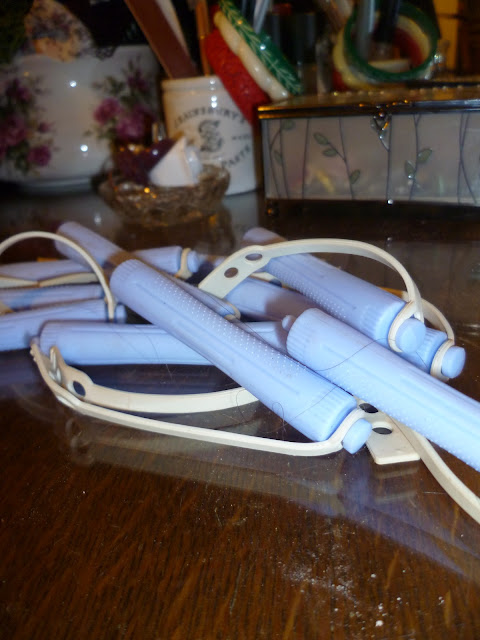 I removed the perming rods and discovered that rained-on-the-day-before-hair is crap at doing what you brush it to. 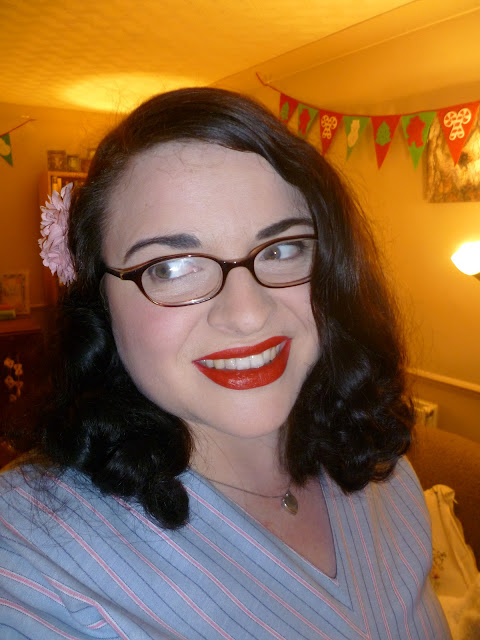 Check out my frizz! This is the best of a bad bunch. If I had only washed my locks. Ahh well. 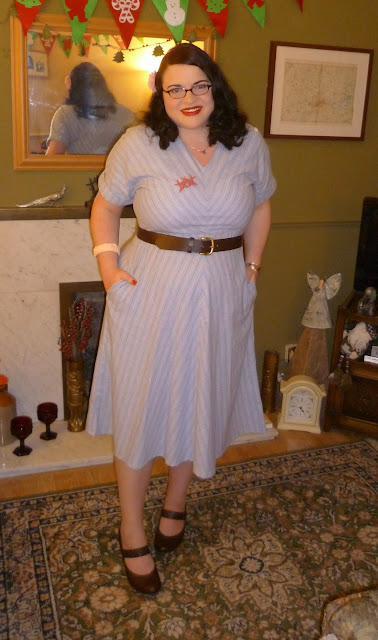 I did decide to wear my "Boxing Day Dress" -  which I didn't actually wear on account of it matching the shirt The Beard had picked out for himself. So I saved it for NYE instead -  and made sure said Beard didn't wear stripes.

This cotton frock is thick enough to be worn with thicker tights underneath (if Winter actually ever makes an appearance), but light enough to frolick about the beach in. I love the colours and the little pink buttons (you can see in the first pic back up top). It came to me via Goldrush Vintage who were stationed at the last Antique vs Vintage of the year. For a whole £10. Yum yum! 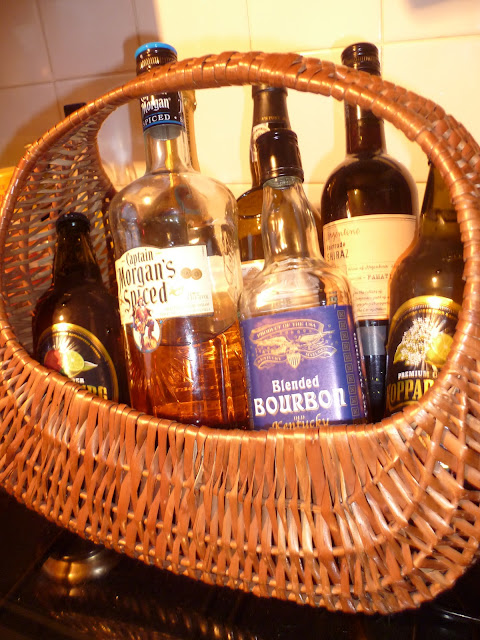 Speaking of yum yum -  we took not one bottle of plonky booze -  but a whole basket. 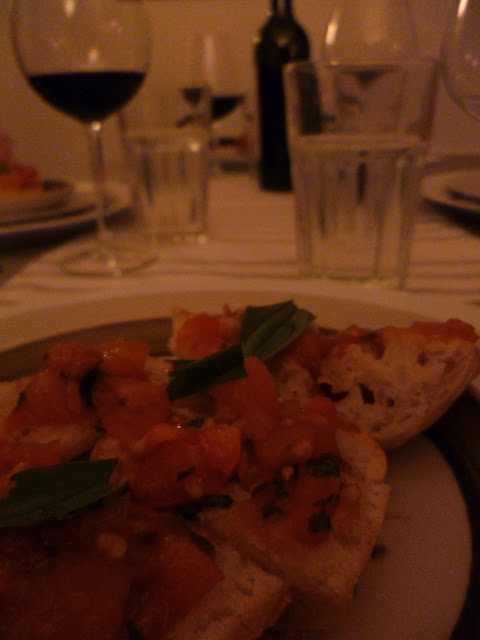 We arrived to be greeted with nibbles & movie watching. We chose "Planes, Trains and Automobiles". I was reminded how much I am like Steve Martin when commuting. I must work on that. I don't have his finesse.

Our friends had prepared a delicious meal, which started off with home made bruschetta, moved on to chickeny-cheesy-bacony goodness and ended with a mind blowing coffee choc mousse. 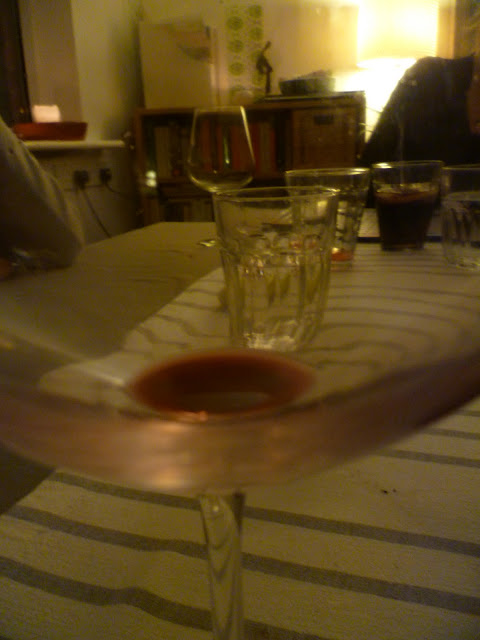 There was wine, cider and the obligatory rum swilling. 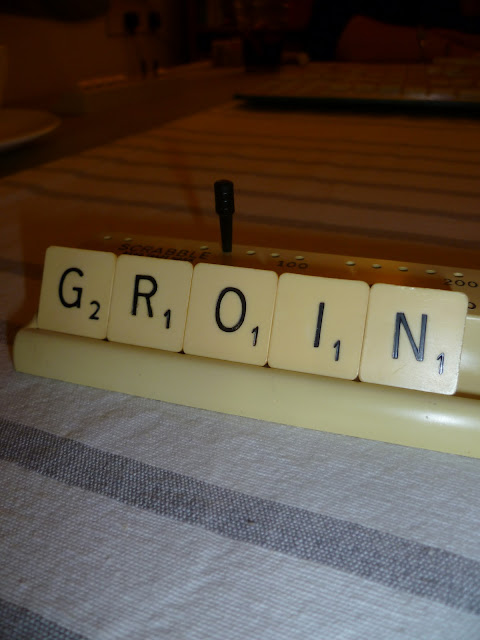 And in between nomming and the New Year we played a version of scrabble. Where pretty much anything went. Including some rather unsavoury's. Like "pull". For shame. 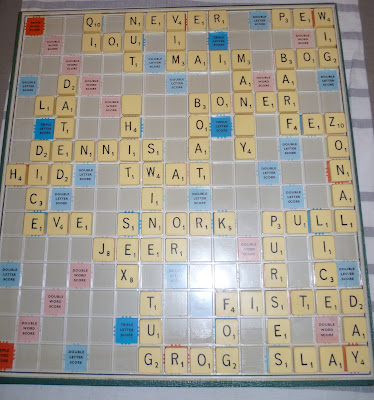 We watched the fireworks agog, such as we thought their wonderfulness. And then we stayed up till the just before the birds began to breakfast, eating chocolate.

What a fab way to see out the old and bring in the new.

Hope you lovelies had fun where ever you celebrated!