An obscene amount of floral curtain

Winter is upon us.

And as much as I love cold weather, I loathe being cold in my own home. Alas -  I also loathe high energy bills. Aside from putting masking tape on the window seals to combat the wind (a downside of living up high) wearing jumpers, fisherman's sock's from the market (for £3 -  Best. Things. Ever.) and heaving myself off the sofa to do to the occasional round of star jumps (much to the amusement of The Beard "..watch out love, you'll give yourself black eyes." Har. Har. Har)  -  I have had to look into alternatives. 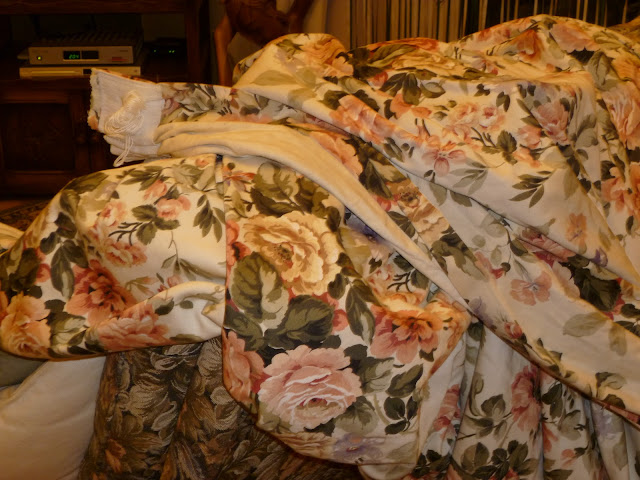 Enter the "We-Need-A-Really-Thick-Heavy-Long-Curtain" conversation, the ensuing charity shop trawl, the possibility of making one's own and the eventual "This-Is-Impossible-We-Shall-Have-To-Spend-One-Million-Pounds-On-Tailor-Made's" chat.

Star jumps and the odd game of chase the cat round the flat it would have to be. 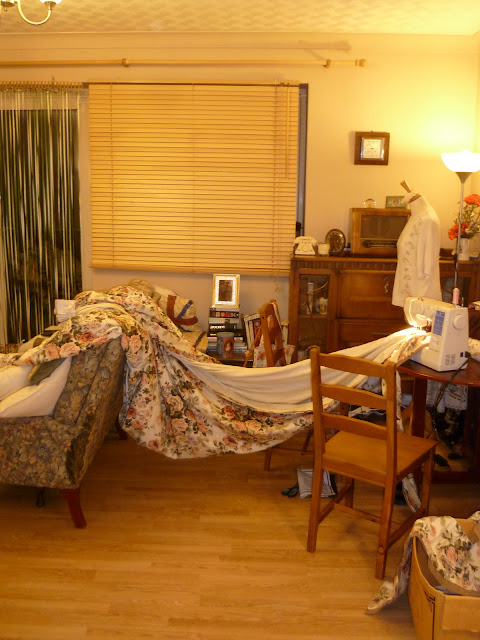 Until we went to visit The Folks. And were offered a luxurious, heavy, tailor-made curtain of length. When Mar and Par bought the house I grew up in (a 1930's semi -  WANT!), Mar begged Par for "real proper curtains". They cost a bomb. I remember it well. That said -  they are the only curtains I have ever known, such is their quality. 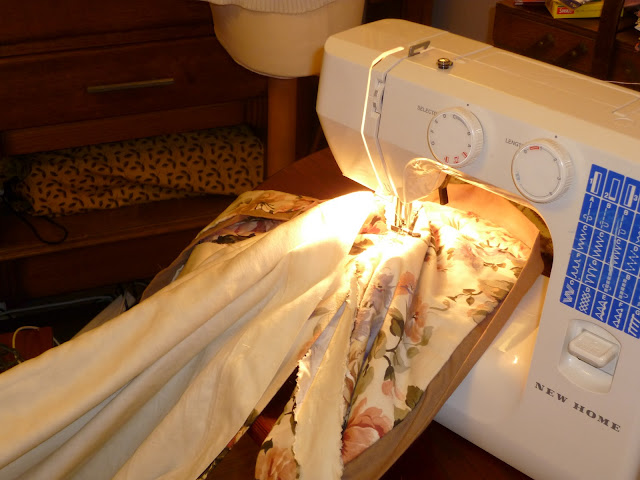 And Mar had one spare. In the airing cupboard. A spare one with a pelmet. She offered it to me and told me that I could do with it as I saw fit. 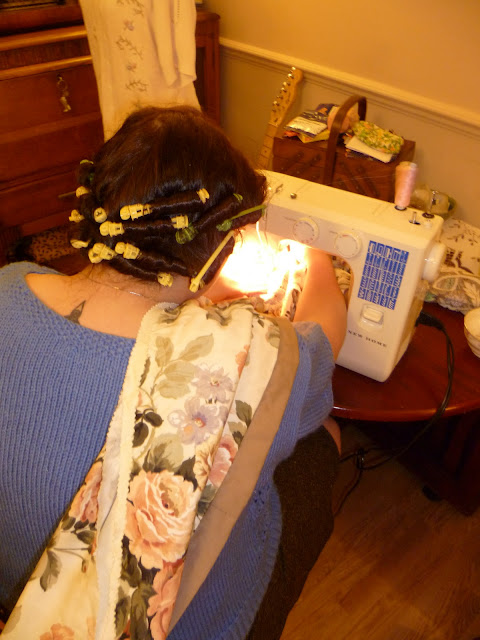 Unfortunately, it was a tad too short for our balcony door. Where most of the breeze comes from, despite draft excluders. I cursed. I stomped. I started counting the pennies in my dusty purse for the One-Million-Pound-Curtain fund.

I didn't get very far when an idea of monumental proportions slapped me in the chops.

TAKE THE PELMET OFF AND STITCH IT TO THE BOTTOM.

It is a testement to how well they were made as I managed to not mangle the hell out of them. Much cutting, stitching, more cursing and hair rolling later and... 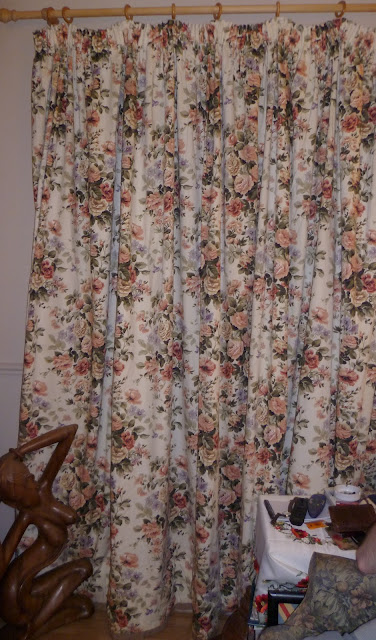