Ah. The Chap Olympiad. Two thousand and eleven. On a lovely sunny day. Wait. What?

No. Only some of that sentence is truth.

The middle picture is The Beard's very own feet. In his very own shoes. Which were originally the tan colour you can *just* see.

As you can see from the above, the former parts were correct.  I had been looking forward to The Chap Olympiad for months. I cannot even remember how early I booked my tickets. But it was a long time before the event. I ummed and ahhhed over what to wear. There were many frocks all waiting to have an outing. Nice summer ones. Because, after all, it *was* Summer. Somewhere, I am sure. Alas, not in fine Bedford Square where the well heeled, coiffed, suited, booted and moustachioed gathered.

In the pissing rain. 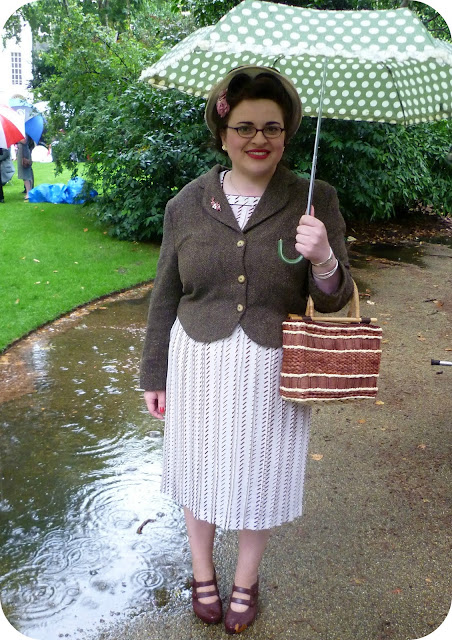 However. We, having firmly prepared our stiff upperlips on the journey, bloody jolly well got on with it! It became laughable. It was either that or weep, which I had no intention of doing, on account of there being enough water in the locality as it was. Check out Lake Placid next to me.

I spent a soggy and hilarious afternoon with  some of my good chums:- Cathy of Perdita's Pursuit's, Margaret of Penny Dreadful Vintage, Gemma a la Retro Chick, Mai from Darhling and Lisa from Snoodlebug.

The glorious ReeRee from Rockalilly was also in attendance, looking spectacular with more flowers upon her bonce than you could shake a stick at.

There was also the unveiling of a rainbow spectrum of matching, embossed (no less!) frocks for the beautiful Vintage Mafia gals courtesy of HeyDay.

Which I was dumb enough not to get a photo of. My favourite is upon Fleur's Diary of a Vintage Girl post here. 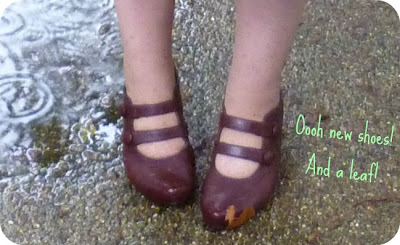 And so -  to my own outfit. I decided on a tried and tested dress that I donned for Yule last year, a little jacket (which I ended up wishing was made of bear for warmth) and my lovely new shoes, courtesy of eBay fever and £20. 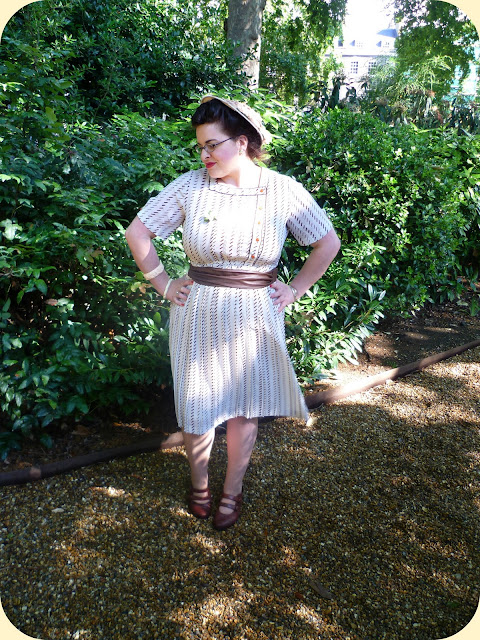 Finally, after sitting on the damp floor for a fair old time, we decided to retreat to the dry, yet slightly sweaty local pub. After a brief chat with a random local, in which a bet was made as to whether or not I dress "like this every day" (I won) -  the sun decided to come out. Huzzahs! We sauntered back to the event to listen to some fab music and eat our soggy WW2 scones.

I based my whole outfit round a hat. And this was the only thing I could think to team it with. It is a 1930's headpiece from the lovely ladies at my local vintage shop, Shrewd. 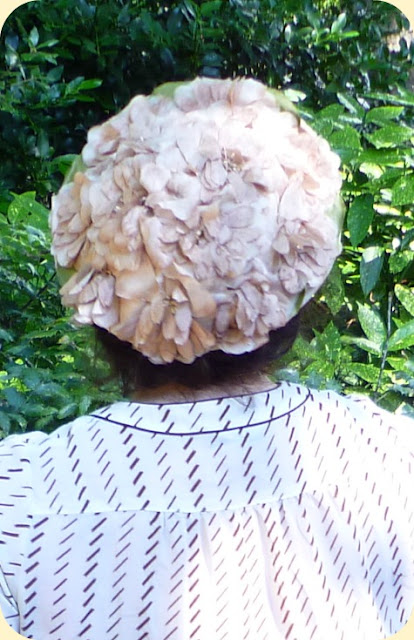 All in all -  The Chap Olympiad is firmly on our calender for next year. I admit I saw none of the actual games, but, then again, it was the company I went for. And the pink cigarettes. Naturelement. 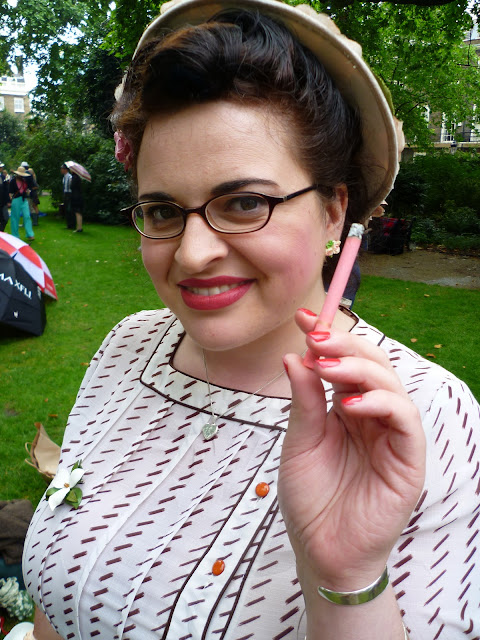 I shall certainly be back next year for another afternoon amoungst fine company, belly laughs and outstanding outfits.