The Boy in the Striped Pyjama's - Movie Review 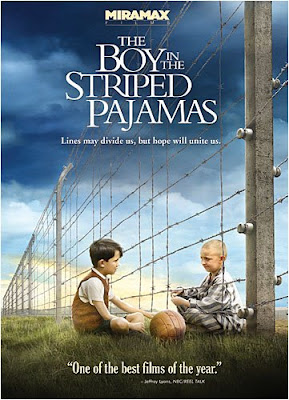 The Blurb:-
Based on the best selling novel by John Boyne. Berlin, 1942 - Eight-year-old Bruno knows nothing of the Final Solution and the Holocaust. He is oblivious to the appalling cruelties being inflicted on the people of Europe by his country.
All he knows is that his father was promoted and he has been moved from a comfortable home in Berlin to a house in a desolate area where there is nothing to do and no-one to play with. Until he meets Shmuel, a boy who lives a strange parallel existence on the other side of the adjoining wire fence and who, like the other people there, wears a uniform of striped pajamas
Bruno's friendship with Shmuel will take him from innocence to revelation, as their secret meetings result in a friendship that has startling and devastating consequences.

I have seen this movie twice. And I am writing my review having just finished the second viewing. My eyes are still stinging, and my lashes are damp. And here is why.

It is not hard to cry at any film involving the vast and emotion grinding subject of the Holocaust. I have seen a few in my time, and each one gets to me, in it's own way. But there is something about this film in particular that upsets me more than, say, The Grey Zone. There is an palpable innocence that reaches out of the screen and into your psyche. 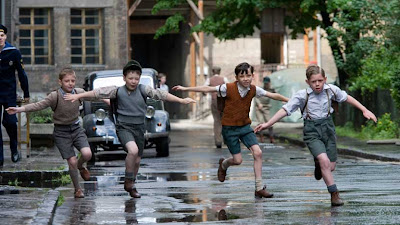 Told through the eyes of an adventurous and inquisitive young Bruno (Jack Scanlon) it tells the story of a family partaking in and simultaneously caught up in the atrocities of Auschwitz. His father, a soldier seemingly serving his country, is promoted to Commandant and moves his family to be closer to his work. Work that engulfs his whole life and that of his wife and children. 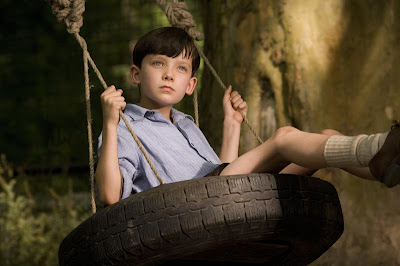 There are things that we see on screen and understand straight away. But Bruno is forever questioning and, on not being given suitable answers, makes his own reasoning up. Like the "farm" he can see from his bedroom window, or why the house slave "used to be a Doctor, but gave it up to peel potatoes". It is beautifully written and his purity nips at you all the way through. Why are they all "wearing pyjama's". Why are they there at all? 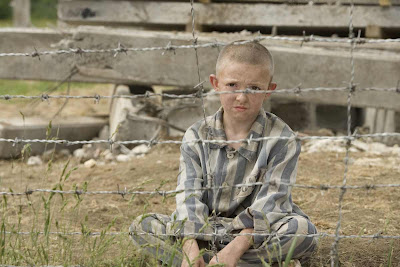 The speed at which events unfold, from the breakdown of the Mother to the frightening change in the young and impressionable sister, Gretl, is swift and gathers momentum. It is a film that covers all emotions from anger, to helplessness, to fear, to friendship. Be prepared for the ride.

If you have not seen this, or have only read the book, then it is worth your time. As all Holocaust films are in my eyes. Yes, there are facets of this story that just could not have happened. There are some false occurrences. But it is not about the nuts and bolts of Auschwitz.