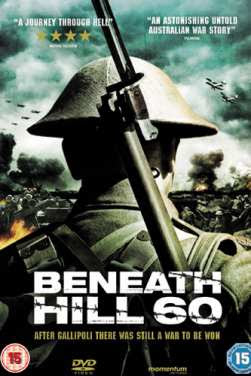 The Blurb...
The extraordinary true story of Oliver Woodward. It's 1916 and Woodward must tear himself from his new young love to go to the mud and carnage of the Western Front. Deep beneath the German lines. Woodward and his secret platoon of Australian tunnelers fight to defend a leaking, labyrinthine tunnel system packed with enough high explosives to change the course of the War.

Another film recommended to me by my dear old Dad, who's interest in WW1 fuels my own. I bought this for him for Christmas and he lent it back to me. I have to confess that I put off watching it for a while, as I guess I was just not in the mood for a blood and mud fest. Thankfully, it is not one of those.

This film tells the true story of a group of Australian miners who are enlisted to help the Allies dig underneath the Germans during the war of attrition that spanned for most of the war. For attrition read:- absolute stalemate of non-movingness. 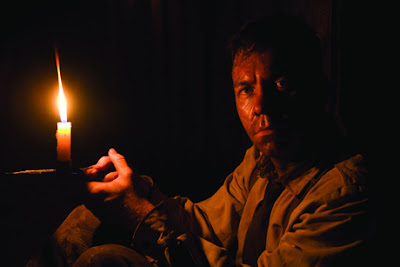 There is hardship in this film, as being underground in pretty shoddy conditions is bound to convey. But it is the spirit of the men doing the work that shines through. They saw it as a job to be done -  and they did it in (and with) spades.

Along with Passchendaele, the scenes of the trenches and the atmosphere that is created on screen is excellent. This movie too has a love story attached, but for me it was more in keeping with the film. The scenes of the protagonists time back home are used as flashbacks, which I much preferred. 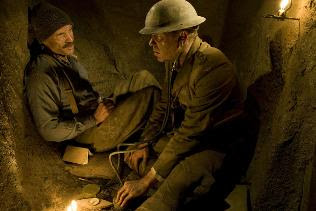 The men were a real team  -  a close knit community who trusted one another and breathed each other's air everyday - knowing that things could collapse around them at any moment.

Its viewing is a tense experience -  especially if you watch it in the dark. As I did. Watching this movie in such a fashion really added to my opinion of it.

The story of Hill 60 is one that I hold dear to me. I visited it last year and cannot begin to tell you the feeling you get when you are there. One small hill -  a mere mound -  that was fought over again and again for the direct view it gives you of Ypres.

This is a testament to the men who fought and died there.