A wee while back I fell a little bit in love. A little bit in love with some pictures. Some pictures created by Sergy Lavenkov. And I gushed about this love in a previous post. I also said that I was in the process of interviewing Mr Larenkov and that I would "post it shortly". I fibbed. And for that I apologise.

But here it be -  a little insight into how and why this delightful man creates his pictures... 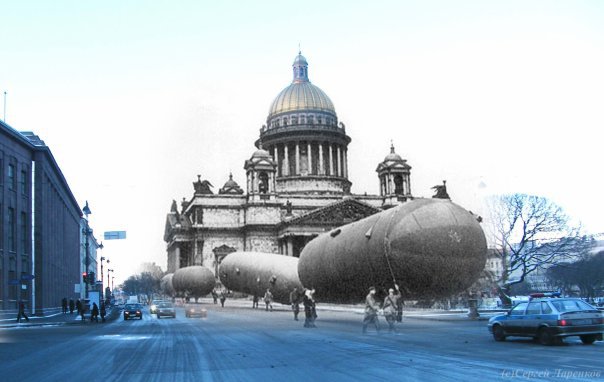 1) What first made you interested in this subject?
When I first created my collages using old postcards, I was struck by the effect [of the presence]. 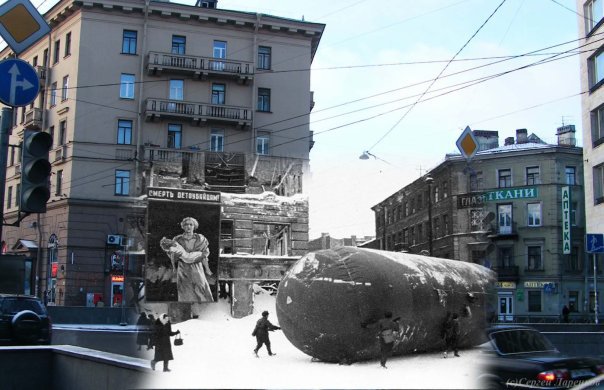 2) How long have you been creating your “windows to the past”?
I created  the first "window" about seven years ago. 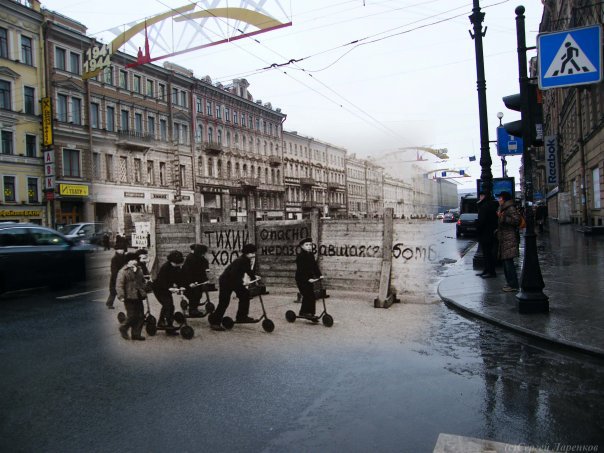 3) What is your creation process? Is it started by an old photo that catches your imagination or a particular event, for example?
At first, I choose an interesting photo. This can be either some event or just an interesting old view. Then I take this picture and try to find the same point of shooting. When I make a modern image from the same point, I try to make picture with some {kind of} plot. 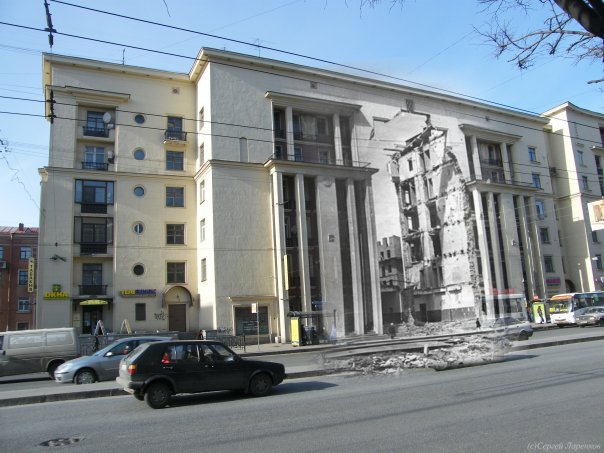 4) What is a typical response to your art?
Most of the reviews of my work are very positive. I help people see [the] history. Many offer to show these images on the lessons of history. Very often [they] call these works as "a portal of time". 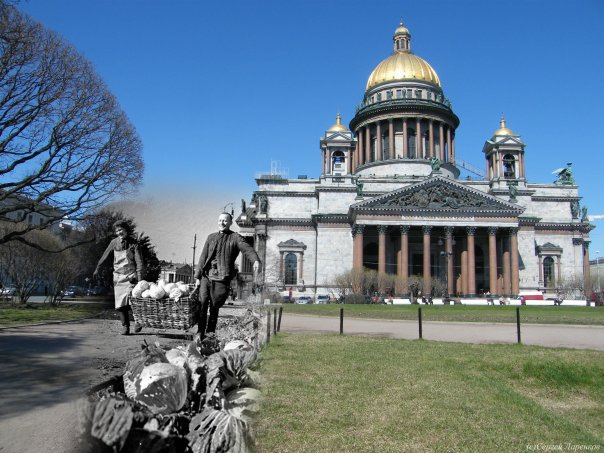 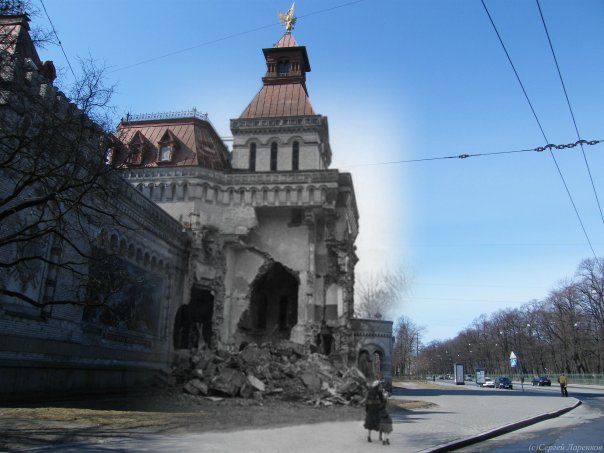 6) Have you ever publicly exhibited your work?
I had two exhibitions in museums of St.Petersburg, and one in France. Now I am preparing third exhibition in St.Petersburg.
. 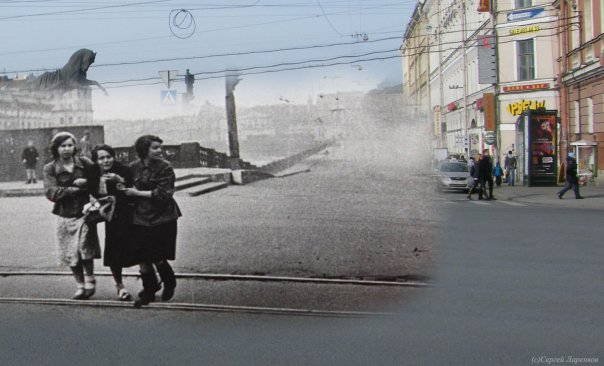 7) Have you thought about doing more work, outside of Russia?
It is very interesting for me. As you saw, I took pictures in Berlin, Paris, Prague and Vienna. I think London should be added in this list. 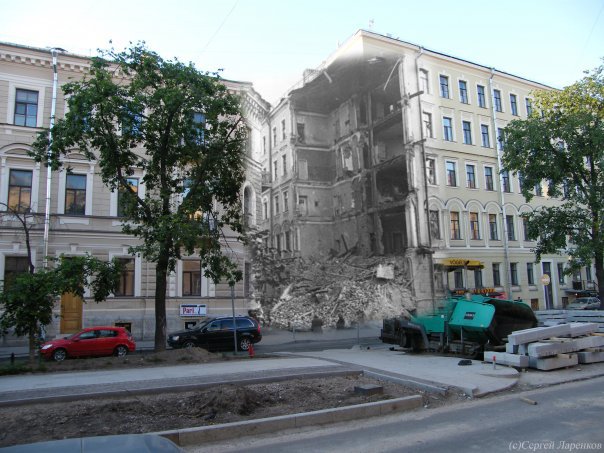 So, there you have it. I am so pleased that he agreed to do the piece for the blog. This was after I had tracked him down on Facebook and messaged him out of the blue. He was very gracious about the whole thing and happy to let me know a little bit more.

If you have already checked out his Live Journal but would like to see more of the same, then please visit UK chap, Nick Stone on his Flickr site. His technique is inspired by Sergy Larenkos' work - and is commonly becoming known as Blitz Ghosts. Based in and around Norwich, these photo's are on home turf, which for me makes them even more interesting. You can also find this rather glorious site on FaceBook.