I say hoppy because I feel like I spent the majority of my weekend hop, skip and jumping from one place to another over the Easter break. You didn't think it was a reference to bunnies or something did you? Chocolate ones? A lot of chocolate ones that shall be on my hips until at least autumn? There would have been pictures of them too -  had that lasted long enough.

Good Friday was spent in glorious sunshine visiting The Beard's family. I was unsure about wearing such a summery frock - but it was so warm, I thought I might as well. Had I applied more moisturising tan lotion stuff, my arms and legs might not have been so pasty -  but you live and learn. In the mean time, you put a cardigan on. 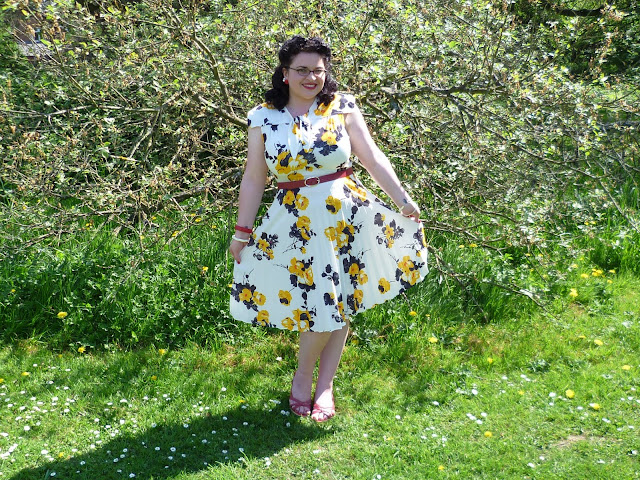 On Saturday we headed up to see my family - which meant spending a couple of hours in a smoking hot car. Which lead to heated words between me and The Beard about the air con in said car. Whilst the back of my knees began to sweat and my curls began to wilt I desperately wanted to push that little button that would bring some relief. Alas The Beard declared "it eats petrol" and so it remained off. Which put me in a massive grump. 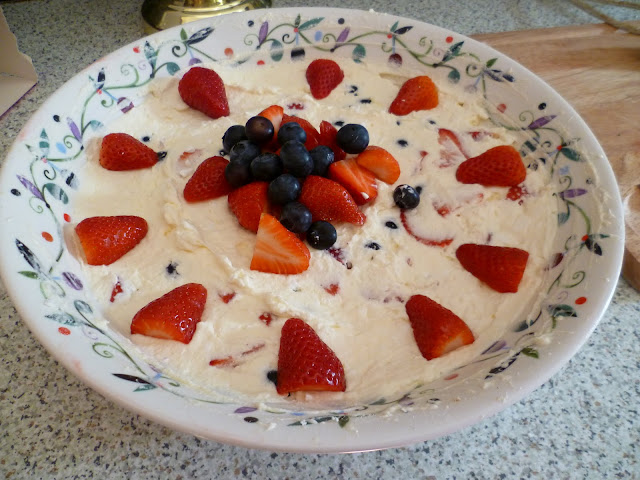 Which I took out on some meringue nests that I crushed up to make a massive bowl of Eton Mess. There was meant to be a lot more in this bowl - some of it may have gone the way of the aforementioned chocolate bunnies.My grump was quickly eased by cream, fruit and pulverised meringue. 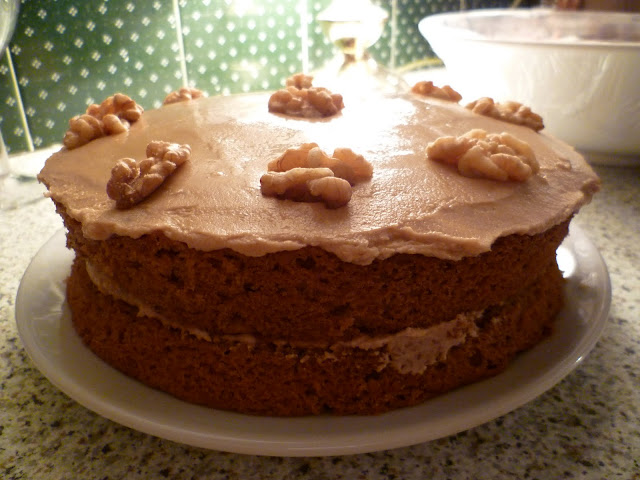 I wish I could claim this marvelous Coffee & Walnut cake as my own -  but it was made by my Aunt.
And heartily nommed.

I had a lovely time with my family where there was some guitar playing via The Beard and my Uncle and some putting the world to rights with my Grandad. Oh and there was also a quick snap of my frock. Which as it was St Georges Day I decided to make into a slightly patriotic theme. I know it should have been just red & white  -  but that dress was in the wash. So good old red, white and blue had to do. 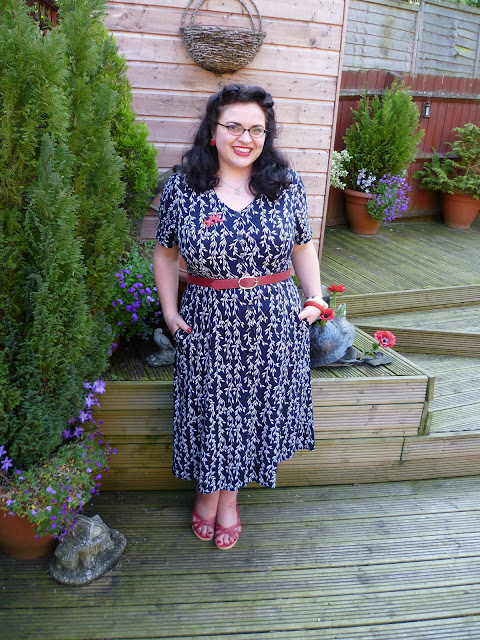 Sunday was spent travelling a little further from my folks to attend a 1940's weekend at Crich Tramway Village Museum. The weather had cooled down a little, for which I was thankful. It was a perfect Spring day spent in the company of some of the best dressed folk I have ever seen. This was my humble offering and I have to confess that I was pretty self conscious all day -  namely on account of my new snood, which you can only just see. It is lovely and I had some rather nice compliments on it and the whole ensemble -  but I just felt a bit out of place. I'll wager it was me and not them. I was just having one of those days. 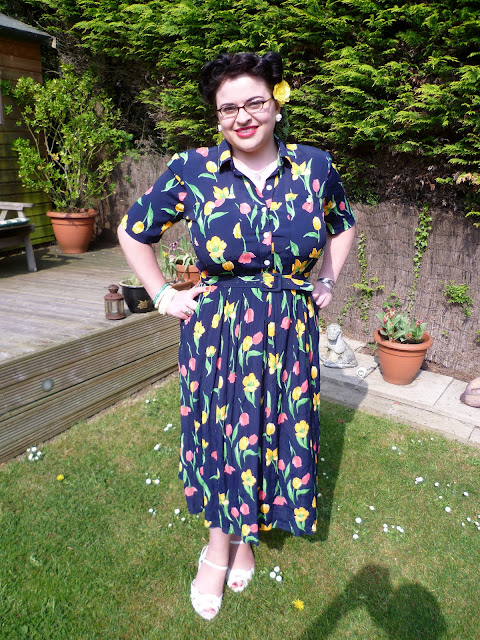 Another eBay frock for £6 -  yipeeeee!

That aside -  I had a wonderful day. The museum is pretty darn good, as was the ride on a 1929 tram.  For an old penny. You can ride up and down all day if you want too - but it was pretty busy, so we only did it the once. 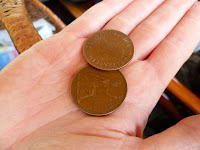 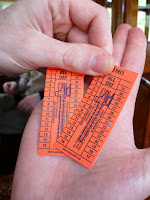 Lovely old pennies to be swapped for a reusable ticket

I also got to meet the delectable Shona from Heyday Clothing. I think I babbled on a bit -  as usual when I meet people for the first time and I was decidedly distracted by her necklace. I must get me something similar -  pronto! She was incredibly lovely and chatty  -  just like her blog. 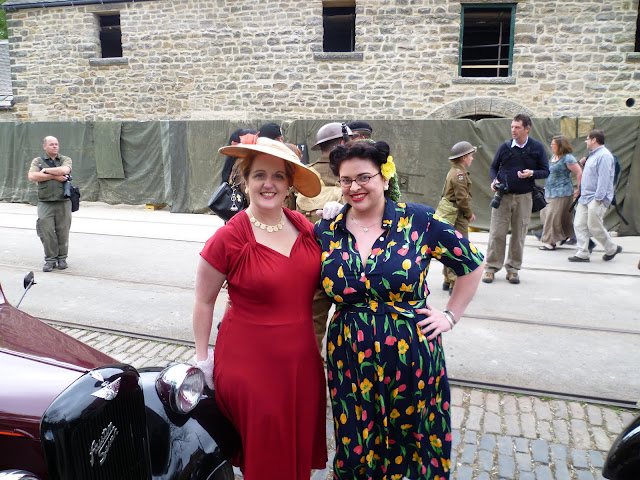 The actual museum (which we nearly missed) is in fact, fab. It has trams going all the way back to the 1880's and a wonderful 1930's one. 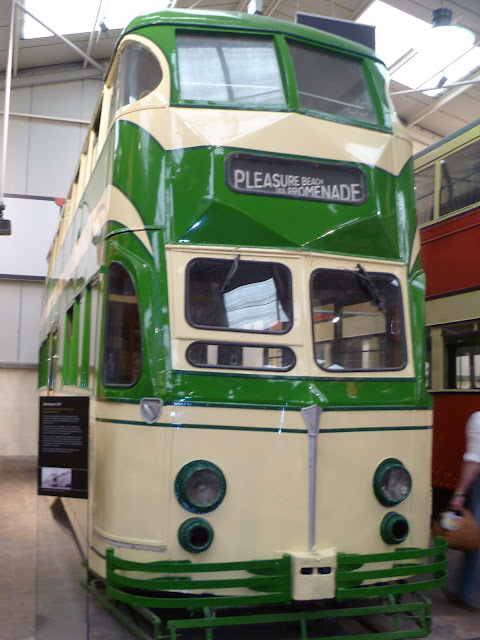 Which you can tramp up and down on -  and pose for pictures. Which I of course partook in. 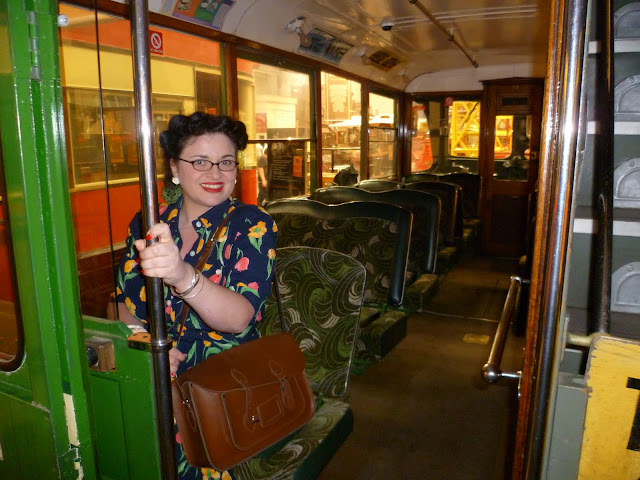 And on account of the 1940's weekend there were also plenty of classic cars on display, which I applied the usual "hands on hips" pose to. I really must get a new stance. 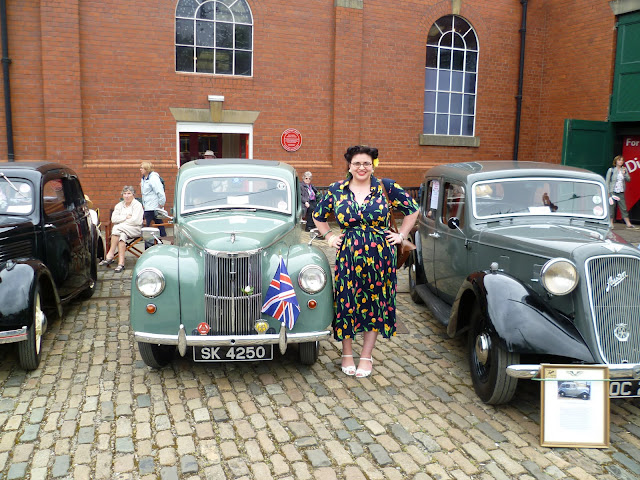 We left at about 4.30pm which means that we missed out on a sing-a-long and much more frivolity -  but it was a long drive back home. The next 1940's weekend is scheduled for 13th & 14th August if you are interested -  but there are lots of other weekend events coming up - including a 1950's and an Edwardian. 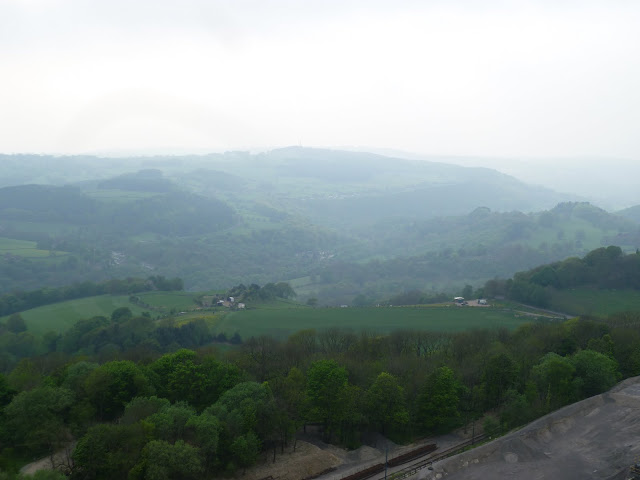 Before we headed off home, we visited a local WW1 and WW2 memorial tower dedicated to the Sherwood Foresters Regiment. The view from the top was amazing.

So -  all in all  -  it was a blummin' busy weekend! I hope all of yours were more relaxed with less driving and air con conflabs. And now I get to enjoy the rest of my "3 days for 11" off work. Well done those Windsors!