A weekend of Tubes & Rain & Chums

Not the type of tubes that stick out of you. The type you ride, through the underbelly of London. This is how I spent the majority of my weekend a few weeks back. Here followeth a long post....

....was a full on day, starting off trekking to The Museum of London. I say trekking because it was raining. All day. So I felt a little glum  -  which makes time go slower. Our usual leafy suburban station was closed and we sat for a full 10 mins thinking "well... what do we do now?". Replacement Bus Service was out of the question. I could not face a sweaty, steamed up bus. On a Saturday. Have I mentioned the rain? So, we drove to the next station and headed off from there.

Going to a museum on a Saturday, in my book, is never the best of plans. Especially when it is bucketing it down. The place was rammed. With what seemed like the contents of the local swing parks. Speaking of rammed -  so were my ankles. I am not too sure why people insist on taking the under 5's to pretty much un-kid friendly museums? I am all for a family day out. Totally and utterly. And for culture via osmosis type affair of those too young to understand. But not when it reduces children to zombies. Or much worse. Banshees. I love kids, I really do. But on this occasion, in this museum, a rabid pitbull would be more fun.

Anyway -  I appear to be ranting. The museum is ok. Not the best. Not by a long chalk. Maybe I need to return in the height of Summer on a Wednesday afternoon. But, it was worth it, just for the Suffragette artifacts. And the 30s-40's bit.

Pictures of things the made me want to smash the glass and leggit to follow..... 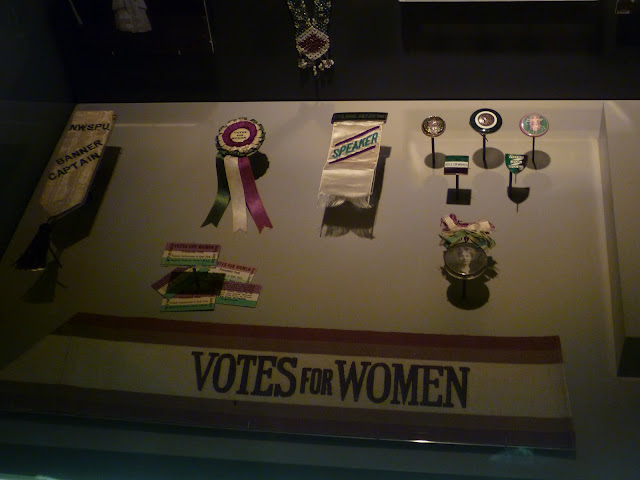 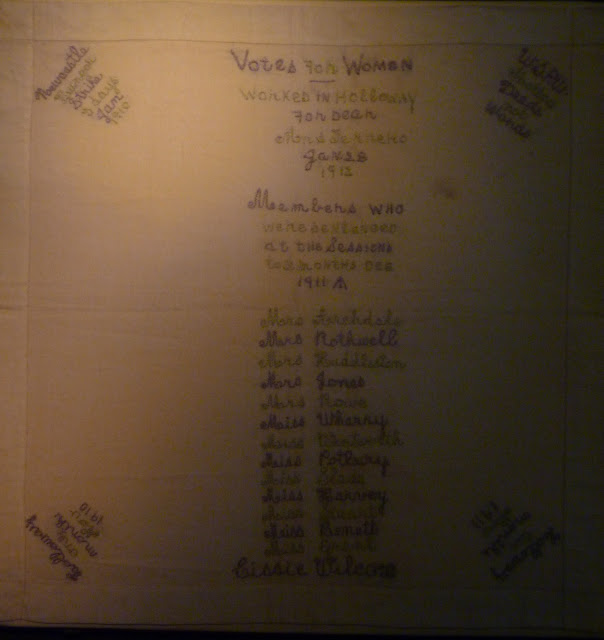 A hand made piece of social history. Want! 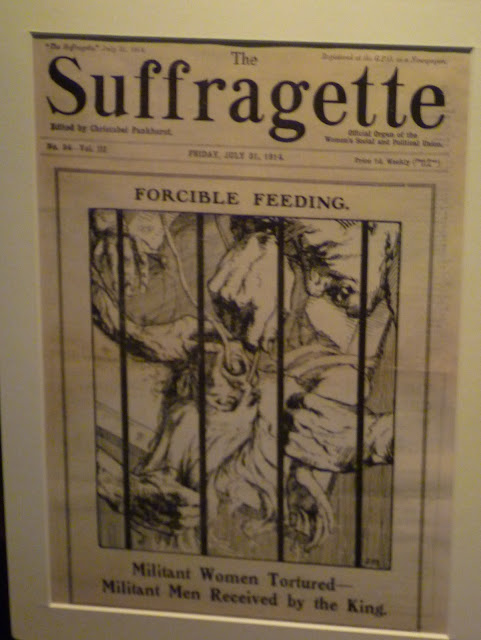 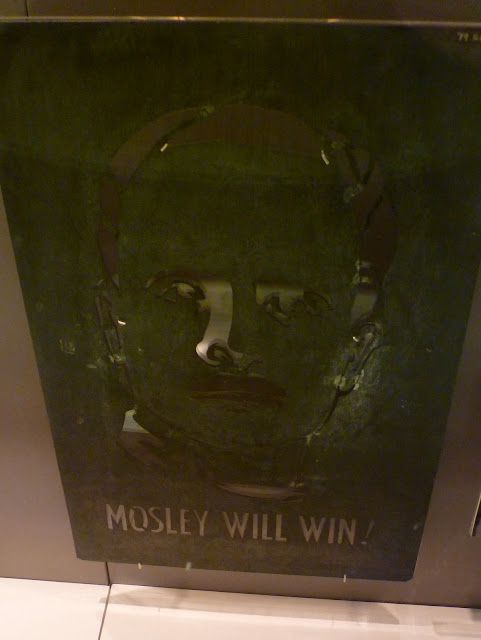 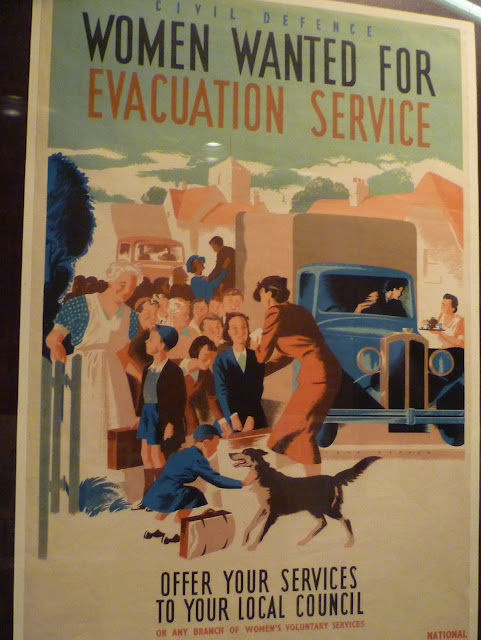 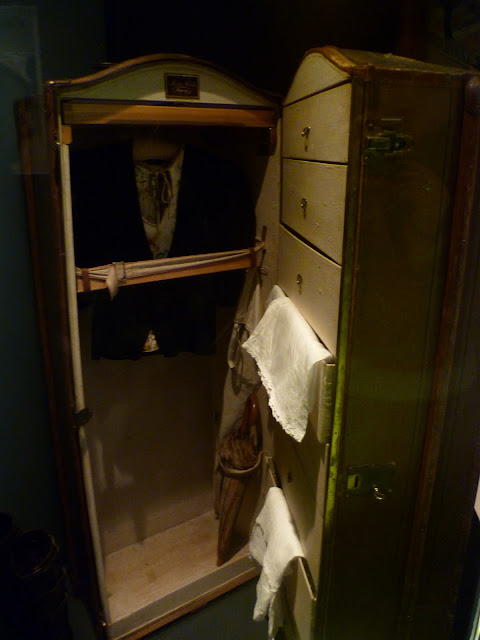 I have no room for it - but I need it nonetheless 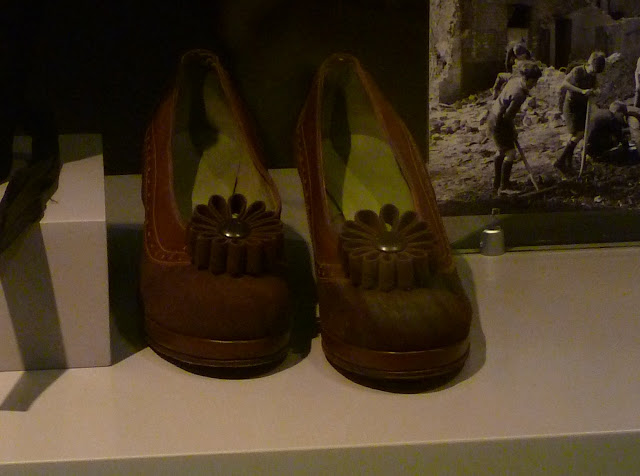 I would cut off all my toes to make these fit

Much better than the 70's version 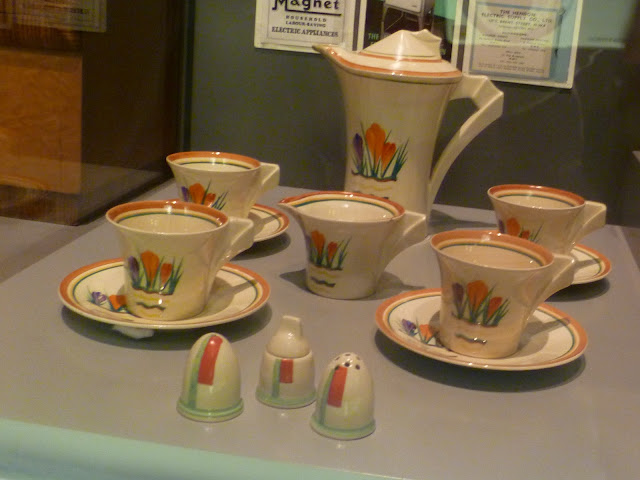 The Beard prevented a smash/grab/prison scenario

There were some really interesting artifacts to be peeped at, but I was only really interested in the above sections. However, what was more interesting was the utter cock I encountered. He proclaimed loudly to his girlfriend, in typical "this-is-our-third-date-and-I-am-going-to-seduce-you-with-my-astounding-knowledge-of-buggar-all" voice:-

"..The Blitz Spirit is a myth, you know. Absolute propaganda and spin. Total lies. The nation was falling apart at the seams, begging for Churchill to surrender.."

I just stared at him. And stared. And stared some more. And then I sidled up to him and said "I think you need to read more books". 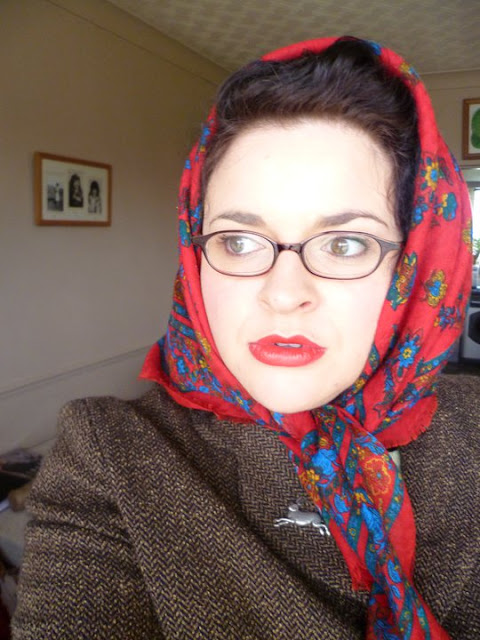 Now. It could have been the fact that I looked like a 1940's ghost, resplendent in soggy headscarf and suit -  but he turned quite pale. Then red. Then he muttered something and stalked away. Now. I am sure that people did fall apart to a certain extent during The Blitz. And I am sure that not everything was reported as honestly as it could have been in the media. Pretty much like today then. But to declare that our nation's gumption didn't exist? Like I said -  cock.

Anywhos -  when we could take the sauntering uber cools and the screaming little people no more, we trundled off to The National Theatre. Or -  the vicinity of. We nommed a pizza (oh how I've missed you -  doughy, cheesey goodness) and pudding (oh how I have also missed you -  claggy, roof sticking cheese cake) and then whizzed across to the theatre to see the new production of "Frankenstein". 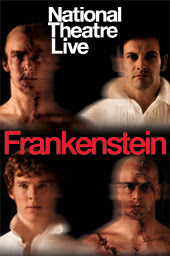 Apart from the over indulgent Danny Boyle addition of a steam-punk-esque train scene, which bore no part in the rest of the play at all and the hideous wooden acting by George Harris, who plays the father. But, that aside, this play was fantastic. Johnny Lee Miller (naked for the first 10 mins - definitely something to write home about ladies  -  if you catch my drift) was playing The Monster and Benedict Cumberbatch was playing Sherlock... I mean Victor.

I love Mr C. I really do. But he was a little samey, a little too like everything I have ever seen him in before. So. I prove to myself that he is the wondrous actor I believe him to be, and because production tickets are rarer than rocking horse turd -  I have booked tickets for it again via The National Theatre Live scheme. To see him play the flip side.

More mizzle. Which would never do for curls. So a whopped my hair up and shoved in some rolls.

And off I went to Camden for my first blogger meet up. I have to admit, I was nervous. The kind of nervous where you feel a bit sick. I stood outside the station, looking about for a group of lasses I was hoping to recognise. I could not see anyone. I started to panic a little bit, thinking "..maybe they saw me and thougt EUGH! and decided to melt into the crowd...?" However, I soon kicked my Paranoid Polly into touch, by a quick glance at the clock and realising that I was early.

I did not have to wait long until I was joined in my loitering by the flame haired Claire of Lady Cherry Loves. Just as lovely as her blog, we chatted until we spotted Gem from Bake Do And Mend and her glorious friend, non blogette (for now!) Claire. Last, but by no means least was marvellous Margaret of Penny Dreadful Vintage. 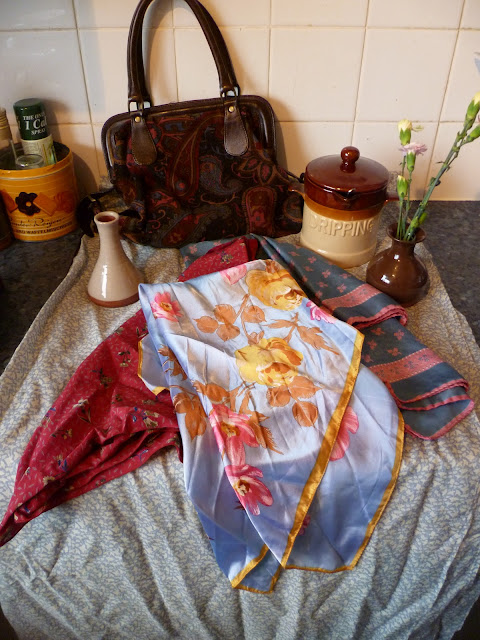 I basically bought headscarves and pottery it would seem. I spent under £15. 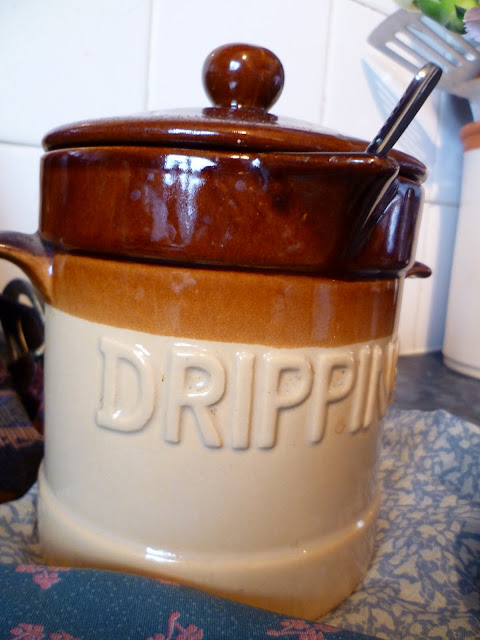 On toast anyone? This came with it's original strainer. I love the fact that there was a purpose made jar for this stuff.
This one now houses used tea bags.

I took NO photos of the day. Because I am lame. And I made so much effort to remember my camera too. And then left it in the bottom of my bag. So -  I only have the above snaps of our charity shop escapades and the fruit it bore me. We enjoyed tea and various cake-age at Yumchaa and then tottered in a local pub for some much needed spirit-ual refreshment. A little bit more shopping -  and then home.

I have to say -  I should have slapped Paranoid Polly and told her to stop being so stupid. Because, I have yet to meet a group of lovelier ladies. It is interesting how we all remarked that it felt like we had all already met, because we peek into one another's lives so often.

Personally, I think it is a testament to how we write  -  the way we witter, whinge and whoop about the things in our lives - that makes that sense of knowing someone all the more tangible. Long may meet up's continue!