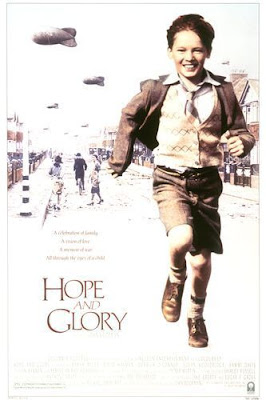 Some how, growing up, I had completely missed the existence of this movie. It was only when I heard it referenced a couple of times in blog-land that I thought I had better give it a whirl. A little bit of Internet clicking and paying later and it was mine. 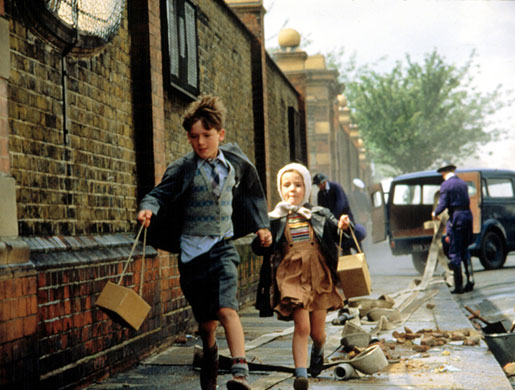 Based on director John Boorman's childhood recollection of The Blitz, it tells the story of  10 year old Billy Rowan. The film is shown from his perspective which, for me, gave a whole new slant on the idea of war torn London. Bombs are treated with the same excitement as fireworks (there is a scene where he is dancing about in the front garden which left me shouting at the TV "get back under the stairs!!!!") and bombsites are a veritable playground. 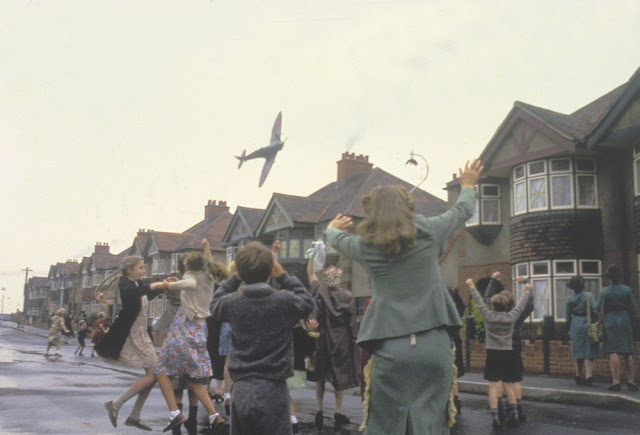 It is loosely a comedy. No one thing made me laugh out loud, but there is an undercurrent of "well, this is our lot, we have to get on with it" tongue in cheekness about it. In fact, I am glad that it does not try to be funny. It showed me what I imagine "Blitz Spirit" to have been like. For example, the residents reaction when their barrage balloon decides to take a rest in the allotment.

From a costume angle, I loved it. The attention to detail for me was pretty darn spot on. I love 1940's fashion from a real person's viewpoint, as opposed to polished starlets. This film has inspiration in spades.

Nominated for various Academy Awards including Best Director and Best Picture, this movie is well worth a look.