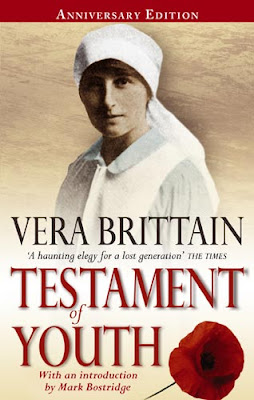 "When the Great War broke out, it came to me not as a superlative tragedy, but as an interruption of the most exasperating kind to my personal plans."

Thus begins one of the most heart wrenching and informative books I have ever read. It is the first installment on Vera Brittain's autobiography that covers the years 1900 to 1925. I have read this book on and off over the past 10 years, sometimes as a whole, sometimes just a chapter or 2. Which is why it is planted firmly on my "favourite books ever" list.

I most recently read the first part of this last summer whilst in France. When surrounded by so much WW1 history, I have to confess that it became a little too much for me, especially when we visited the grave of her lost fiancee, R.A.Leighton. Having just read the part where she documents being told of his death, it felt all the more poignant to be there where he was laid to rest. 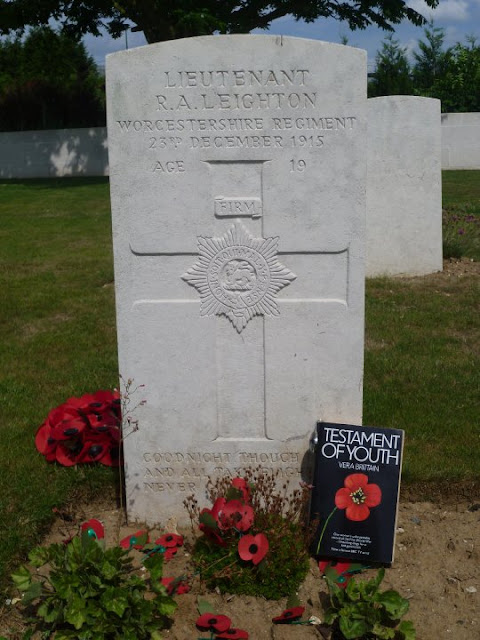 Vera Brittain went on to be a VAD nurse in WW1, a fire warden in WW2 and to also a noted pacifist speaker and campaigner.

I feel I have a personal connection to this book, probably having read it so many times. But for those of you who have not, I urge you to do so. Vera Brittain's writing is eloquent and smooth which makes for an easy read. But although the authors style may be easy, the content at times is not. However, at the same time it is uplifting and inspiring to witness how this courageous women ploughed on in the face of such overwhelming loss and greif. It in turn, made her the woman she became.

For those of you who cannot face such a large book (trust me, I know the feeling!) it was also adapted for TV in the 70's. I have watched some of it -  but I prefer the images I have of the people featured than the actors that are used to portray them. But, that is not to say that it is a rubbish watch. 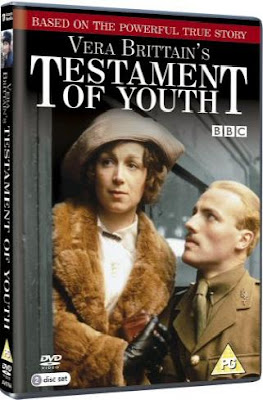 But I am intrigued by the announcement a couple of years back that there is to be a  feature film adaptation possibly in the pipe lines courtesy of BBC and Heyday Films. I shall have to try and keep my ear to the ground for that one.

All the live action aside, understandably, the book gets a 10/10 from me.