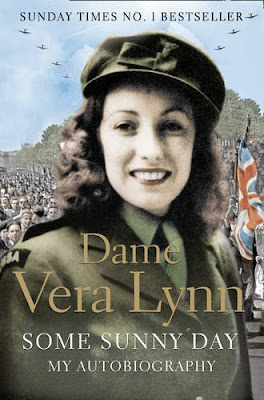 The blurb...
"The remarkable autobiography of the last great wartime icon. Born Vera Welch on 20 March, 1917 in the East End of London, Dame Vera Lynn's career was set from an early age - along with her father, who also did a 'turn', she sang in Working Men's Clubs from just seven years old. She had a successful radio career with Joe Loss and Charlie Kunz in the 1920s and '30s, but it was with World War II that she became the iconic figure that captured the imagination of the national public. Her spirit and verve, along with her ability to connect with the men fighting for their country and those left behind praying for their loved ones, made her the 'Forces' sweetheart'. Performing the songs that she will always be associated with, such as 'We'll Meet Again' and 'Yours', Vera toured Egypt, India and Burma to entertain the troops and bring them a sense of 'back home'. Her career after the war flourished, with hits in the US and the UK, but Vera was never able to leave behind her wartime role and was deeply affected by what she had seen. Still heavily involved with veteran and other charities, this is Dame Vera's vivid story of her life and her war - from bombs and rations to dance halls and the searing heat of her appearances abroad. Epitomising British fortitude and hope, Dame Vera gives a vivid portrait of Britain at war, and a unique story of one woman who came to symbolize a nation." 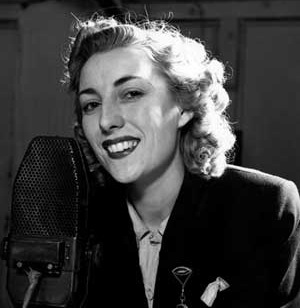 I may be about to lose friends and alienate people -  but as some of you know - I am not a fan of her music and am baffled as to why she was as popular as we are lead to believe. I know she is a "national treasure" -  but something doesn't sit right with me.

I bought it a while ago and really wanted to give it a go. As I said -  I am not keen on her music, but I was really hoping that learning a bit more about the woman behind the legend would warm me to her a little more. I listened to this as an unabridged audio book whilst making a patchwork quilt and have to say that I am pleased the whirring of my machine went some way to drowning out this rambling drivel. It might be the way in which it was written , and then read (by the authors daughter) -  but the story of her musical career is very much "look at me, look at me and my amazing success!". I know this is possibly how is should be -  she was incredibly successful as a recording artist after all. But the references to it made me raise an eyebrow and yawn dramatically on more than one occasion. 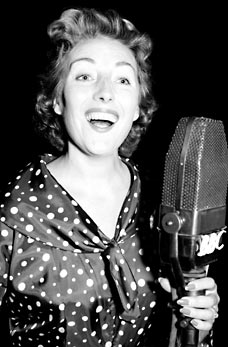 Perhaps that is just my preconceptions carrying through to how I listened to it? I guess I was hoping for a little more grit - but it would seem that real life either didn't happen to DVL -  or she has chosen to omit it from her memoir. Which is a real shame. I cannot believe that everything was rosy and perfect as the tale would suggest. Or maybe, due to her age, this is just the way she remembers her life -  in a very matter of fact fashion? Or perhaps she is just incredibly pleased with her lot and conveys it as such?

I am glad that I know a little more about this lady -  but only due to the fact that it has confirmed my personal opinion. I do get cross with myself for being such a downer on someone who's songs I have seen give such joy to many a veteran or 80+ year old at various events I have been to in the past, just as they lifted the troops and the nation at the time. 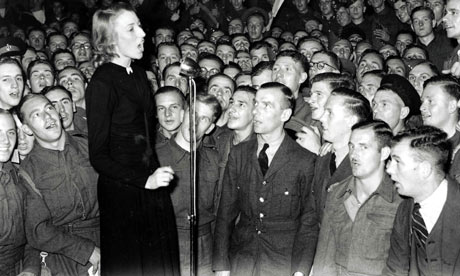 A disappointing 3/10 from me

Now - I am not changing my initial opinion. But I am reviewing it. I have just watched an interview with this lady - and I have come to the conclusion that I did, in fact, listen to this audio book with a preconception, linked to my dislike. In the interview, DVL came across as as an incredibly genuine lady. It's not the songs I don't like. I love other versions of "We'll Meet Again", for example . It's her voice - and in particular, the stuff from her early career - the stuff that most people associate with her. Her tone did change a lot in the 60's - much deeper and a lot less shrill. And its that which makes me switch off.

When it comes to Forces Sweethearts, I am much more of an Anne Shelton kind of gal.

I would love to know what other people thought of
this if they have read/ listened to it?
Posted by LandGirl1980 at Friday, January 28, 2011