Singled Out by Virginia Nicholson - Review 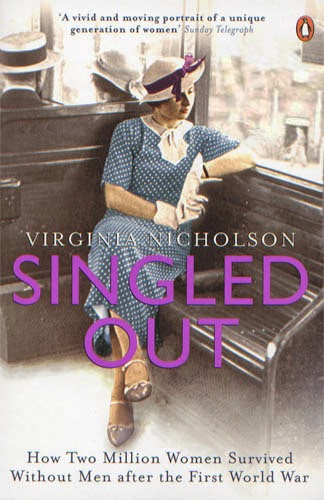 The blurb...
"In 1919, a generation of young women discovered that there were, quite simply, not enough men to go round, and the statistics confirmed it. After the 1921 Census, the press ran alarming stories of the 'Problem of the Surplus Women - Two Million who can never become Wives...'. This book is about those women, and about how they were forced, by a tragedy of historic proportions, to stop depending on men for their income, their identity and their future happiness"

This is a full on factual book, collated and delivered with finesse.

I saw this whilst on my WW1 expedition with my Dad last summer and was hooked from the cover alone. The write up on the back of the book sealed the deal and I sourced it when I got home.

From the first page I was enthralled. It took a while to get into the authors style of writing, but once there, the book flowed and educated me. I had not really thought much about the real legacy of  WW1 before I went to France, and even less about the role of British women in it. To that effect, I had not really pondered their fate when near on a million men failed to return home. 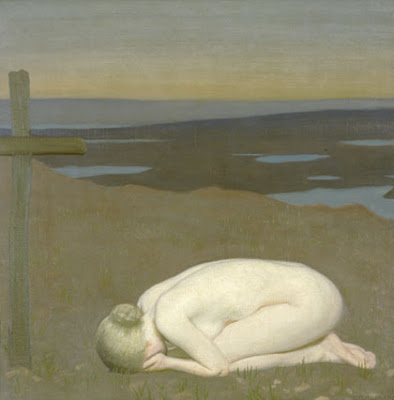 "Youth in Mourning" by George Clausen

This book changed all that and gave me a whole new outlook on that stalwart image of "the spinster with all the cats". These women had to help rebuild not only a grief stricken nation, but their own personal lives. In amongst all this - many (but not all) were liberated - long before the 60's and 70's -  from the lives they had been "born" to lead.
If you are interested in women's history -  then this book is a must.