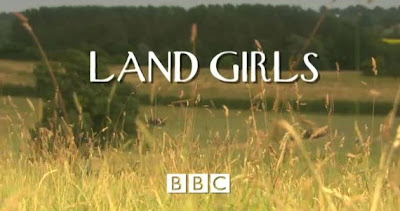 Now. I was honest in my review of the first series. I liked it - but I was not in love with it.

However, I was besotted with series 2. I could not wait to get home and watch it on catch up. I loved the grit that seemed to have been added by the writers since the story began. The last episode had me on the edge of my seat. And I think I would quite like to be the fabulous Connie Carter played by a debuting Seline Hizli. I certainly need to channel more of her gumption.

There are twists and turns in this series, which features a Nazi on the run and Italian POW's. Much more realistic, in my eyes. And the fashion and hair are all back in abundance. I must get some decent dungarees and cardigans.

Most of the original cast returns, which I was pleased to see, including Becci Gemmel as Joyce. I had a poke about on the interweb and found this interview by her about the character. 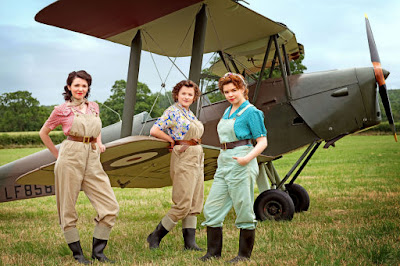 I thoroughly enjoyed this second series, which was a bit Foyle's War meets Heartbeat. Not a bad thing to give you eye time to for 45 mins.

I could not decide if it ended on a cliff hanger or not. I hope so -  because I, for one, would love to see a 3rd series. Minus the whinging Bea. Eugh. But I did quite like her hair do throughout the show.

This aired on BBC1 from 17th-21st January 2011  -  and will be on BBC iPlayer for the next 7 days, and is scheduled to be released on DVD within the next few months, I'd imagine. Or perhaps a boxset that includes series 1.