The Blurb...
Land Girls follows the lives and loves of four girls away from home during the Second World War all doing their bit for Britain. Nancy, Joyce, Bea and Annie have joined the Women's Land Army for very different reasons, but they all share a common goal to help serve their country and to help win the war. As they adapt to their new surroundings and begin the hard work, they realise that their lives will change forever.

Aired as part of the BBC's 70th Anniversary of the Battle of Britain last year, winning Best Daytime Programme award and catching me purely by chance, I have to say this was a treat of a show. It is not outstandingly, applauding brilliant, but it was better than any other day time TV offerings at the time and most certainly worth a look in.

I do wish that it had been made for evening viewing, as I think it could have done with being a little grittier and that the subject of the WLA is deserving of a prime time evening slot. But then again, I am possibly biased. 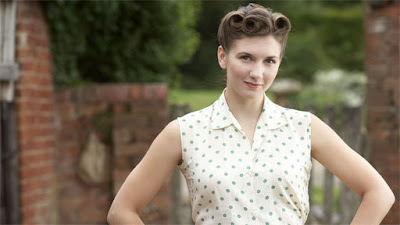 In essence, it is a charming story of 4 girls who volunteer for the WLA. The shows writers have done a fair job of portraying the life of a Land Girl, the friendships that were forged and the way that it changed their lives. 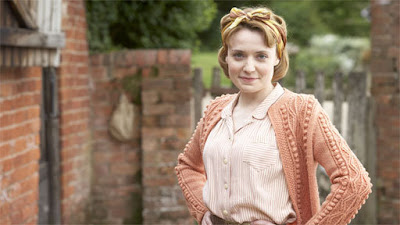 However, Series 1 was a little tame at points. It could have potentially also touched on the hardships that were endured by some women at hands of the farmers wife, farm staff or POW's. As I blogged about this on my main blog back in October, I think it is an important part of their story. Hence the need for it to be on in the evening, in my humble opinion. 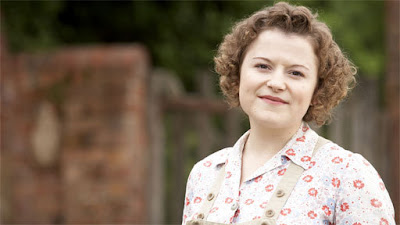 My own niggles aside, it is a fine show that flows well. This I attribute to the actresses who play the main parts, not to mention the supporting cast members.

It is also a grand show to nab wardrobe ideas (I have serious cardigan envy from Annie's outfit above compounding the fact that I must learn to knit!!!) and hair styling looks from. 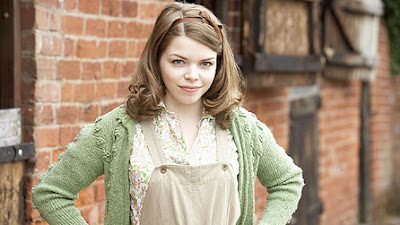 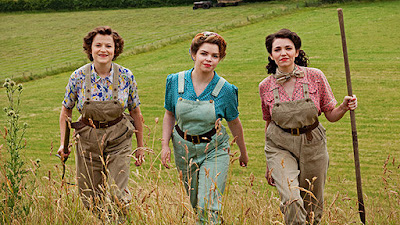 For a full write up on the characters, which will give you a background from the 1st series -  check out the official home page.

I shall most definitely be watching it on catch-up (or what ever your alternative may be) of an evening. I heartily recommend you do too.

Perhaps it will touch a little more on the darker side of a Land Girls life. Or perhaps it will carry on the same, remaining safe and settling. I'd wager it shall be the latter. Not that it is a bad thing, not at all.