In the bleak midwinter....

... is not only one of my favourite Yuletide songs because it hints at the Winter Solstice, but it is also the perfect time to invite all your immediate family for dinner. And starter. And pudding. And tea. Which is exactly what I did. It was a long old week, full of severe over indulgence. Scrap that. Out and out Gluttony is more apt. 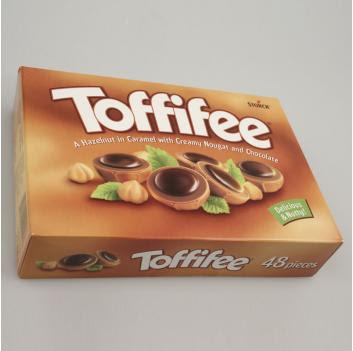 Snow had most certainly fallen. Snow on snow on snoooooow (see what I did there?) Due to all the "I'm-logged-on-and-working-from-home-honest!-"days that we had in the South before Santa day arrived, I was able to get organised to a military standard. I don't know where I would have been without my chest freezer. Best £35 I have ever spent!

I had the starter (white fish goujons a'la Nigella) prepped and ready to be cooked from frozen, along with the rosemary roast lamb which I defrosted and popped in the bottom of the oven to heat through on the day. The parsnips, stuffing, pigs wrapped in pig (oh how I loathe them!) were all pre cooked and were ready to go. I made the pudding the night before (Clementine & Cointreau jelly with cinnamon ice cream -  nom!) along with the bread sauce (who eat's that stuff?! oh... wait... ma famillie ...) so I literally just had veg to do on the day. I'm not too sure why I looked do flustered then. 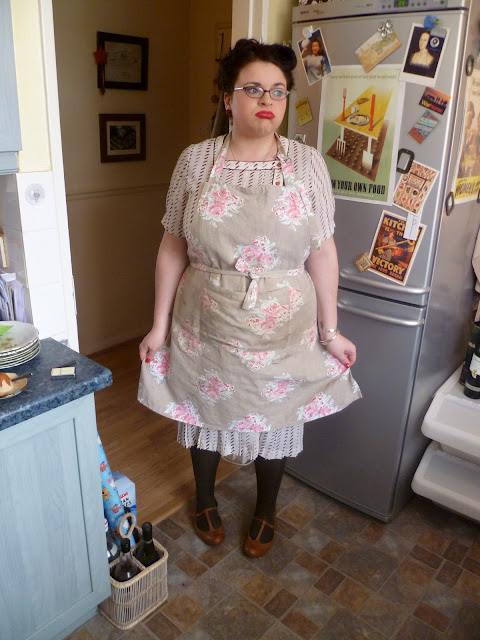 We had to re jig our front room to be able to accommodate everyone. And we had to tidy. I had forgotten how much I love having an organised front room. In fact, it is one of my new years resolutions. Yep. 3 guesses how long that lasted. 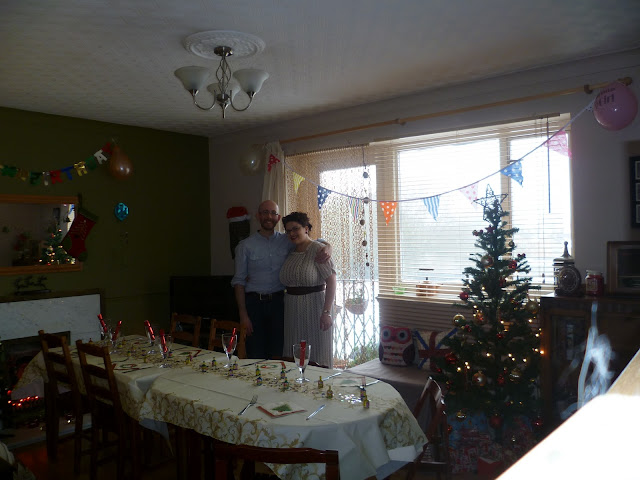 I wore my cream square necked dress - which you can see a better picture of here -  but teamed it with brown tights. I spent the day regretting it -  as I felt the need to wear my pinny all day to protect it. Fool!

I finally got a chance to prove to The Beard that I do need my ravenous miscellany of crockery. I had been collecting it all year -  and I was so organised that I had even labelled each dish so I knew what to put in it. No. You are mistaken. Its or-gan-ised, not anally retentive. No.. no... I assure you... you are quite wrong. Or-gan-ised. 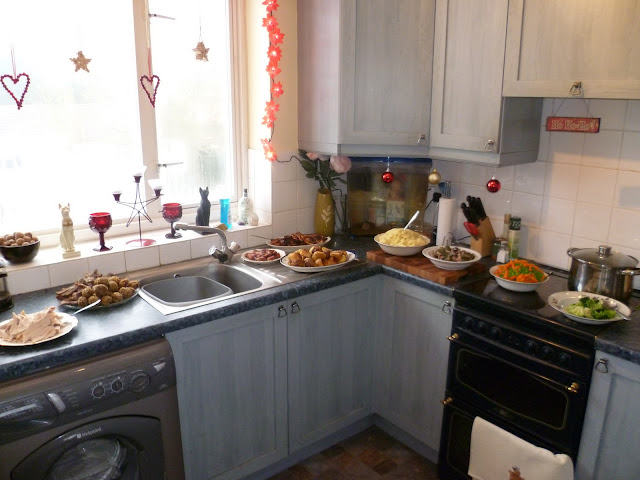 I made Ma a lovely, if not a tad small, birthday cake. The wee-ness is my own fault for buying cheap cake tins through work. Heart shaped it may have been. Cake mixture secure it was not. And because I am uber organised, I had put a baking tray underneath, so I had sponge pancakes to help me eat my way though the misery of a slightly flatter than anticipated cake. But all was saved by the wondrous frosting I made. Both me and Ma love Nutella. Not perverted by toast, straight from the jar with a spoon. I told you. Gluttony. And in light of this I chose to make a sumptuous Nutella covering from The Caked Crusader. If you have not checked out her blog and you like a cake with your cuppa, check her out. 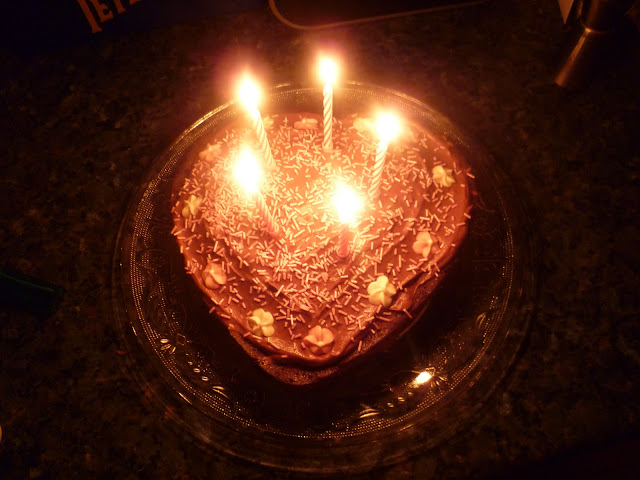 It was a Yule / birthday meal, as it was Ma's 50th on the 23rd Dec, hence the cake and jelly & ice cream for pudding! You can't have a birthday party without it. It's just not cricket. You may recall my show and tell post about the blanket just before Christmas? Well, I am pleased to report that it went down a storm! I have never seen someone looked so shocked. She thought I had bought it. And then, when she realised I had made it, she kept repeating "you can't buy this in the shops you know, my daughter made if for me, you can't buy this in the shops". So, it was a success. Hurrahs! 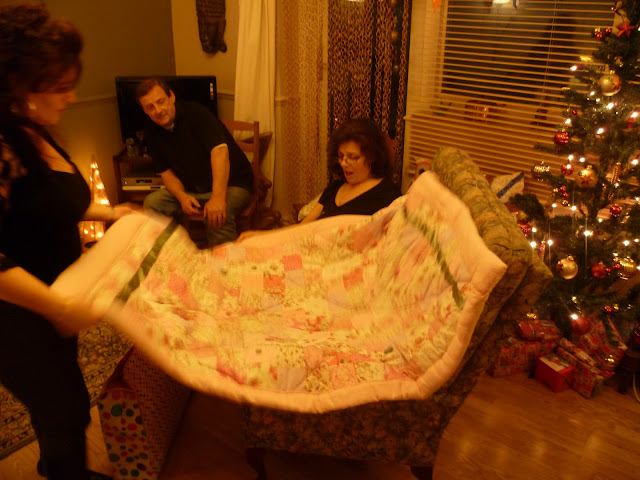 Ma looks on and Nan with mouth a-gog. Dad? Not fussed.

I received some lovely gifts, but mostly money and vouchers to pick my own stuff. I know some folk may think that this sort of gift giving is a bit of a cop out -  but I would rather have something I need or would like than a piece of tat that gets recycled. Or worse. Put on the shelf of shame.

However, the below is not shameful toot. It is a piece made by my dear old Pops in honor of a trip we took to France this year in search of my maternal Great-Great Grandfather. With original ribbons and cap badges at the top and bottom, I became quite emotional. It may have been the half glass of red I had been nursing, over tiredness or smoke in my eye, but I burst into tears. Much to the dismay of the room, who thought I didn't like it. Nothing could have been further from the truth. Once I get some decent nails, it is going straight up on the wall. 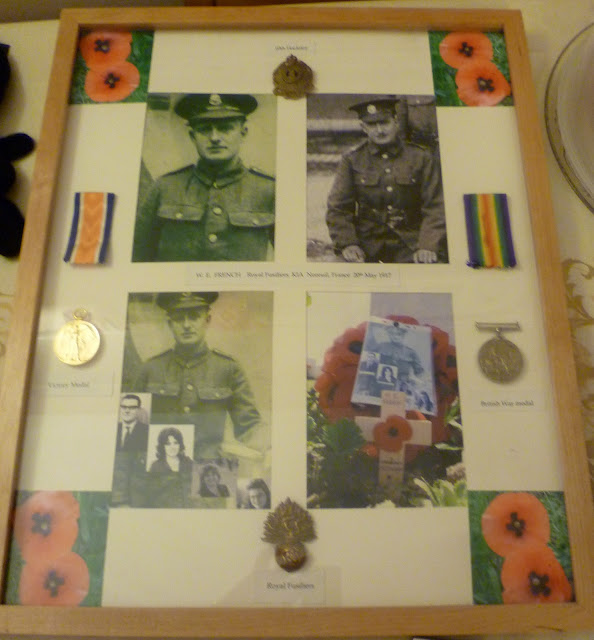 There is also proof that blog writing pays dividends. Especially if The Beard reads it. I received from my beloved Coco Madmoiselle parfume and The Good Night Sweetheart boxset. Most excellent!

And then it was Boxing Day. I did breakfast for all -  including impromptu pancakes for my Granddad. And me. Yummers! 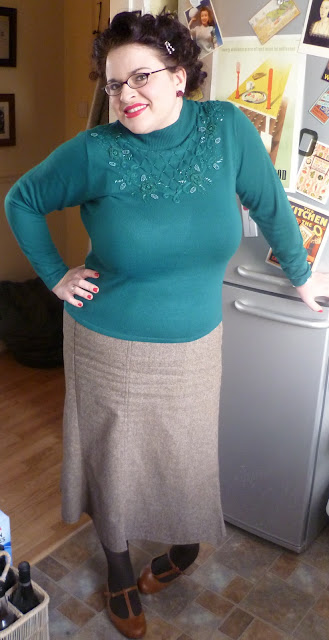 My Boxing Day outfit. My trusted wool skirt and a new jumper. From the high street emporium of old lady-ness -  Bon Marche.

Then it was time for a lovely, if laborious, snowy, walk. Ahhh.. the fresh and cold air! In all, my first big family Yule was a success. I don't think I have ever made so many cups of tea, or asked so many times "can I get you anything?" or "no, leave that there, I'll wash it up / take it out for you".