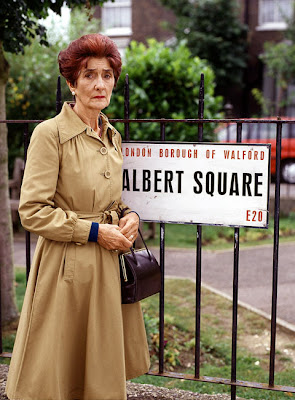 Yes folks. I am an Eastenders fan. I might as well just get it out there. I have watched it for too long now to ever leave it's side. Through the fab and the drab story lines, I have watched. And of late, I have come to love Dorothy Branning , aka Dot Cotton, more and more. Being one of the only original characters, she has remained mostly unchanging through the years. Fag in hand, tomato juice at the Vic (a Sherry for medicinal purposes) and perish the thought she should gossip -  she is one of my favourites. 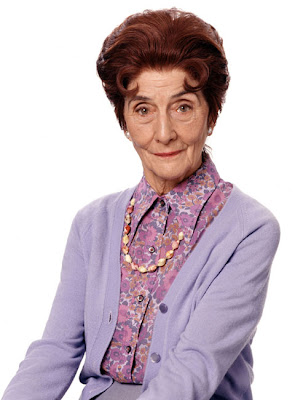 But it is her clothes that I seem to be admiring most at the moment. Nay, getting inspiration from. I seem to be studying her, when she is not wearing a tabard at the Laundrette. 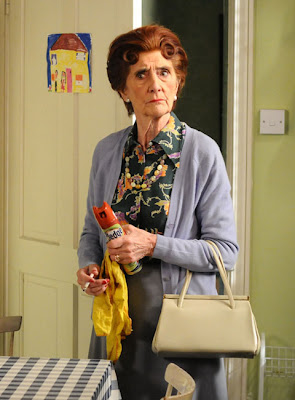 Although Dot was not a young woman in the 1940's (she was evacuated from Walford during WW2, which was ample opportunity for the Beeb to do a spin off about her life as a girl) she dresses in a decidedly 1940's way, I think. 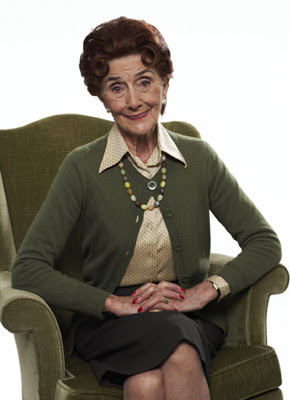 Always in a skirt or a dress, hair always done, nails always painted. My kind of woman. She has a delightful fur-trimmed coat. She drives, well shuffles in, my dream car -  a Morris Minor. With wooden trim. 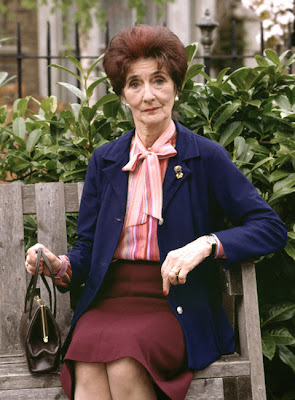 So, is this a confession, that actually -  I would quite like to be Dot Cotton when I am grown up? I have a suspicion that it might just be.

My wardrobe is so close to her's that recently I thought about going as her to a TV themed fancy dress party. The only thing I would have needed to complete the outfit, and to show I was in character and had not just decided to go as myself, was a bible. 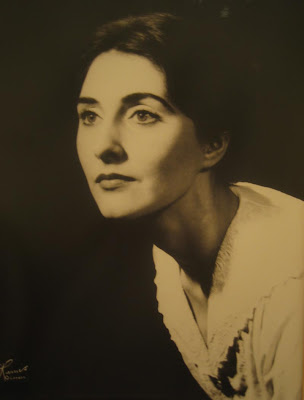 And as for the actress, June Brown MBE, she seems a wonderful lady, who at 83 is still going strong. 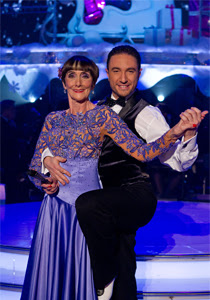 Born in 1927, evacuated during The Blitz and in the latter years of WW2, serving as WREN, she then classically trained as an actress. She has been in Eastenders since 1985, taking a break in 1993 and returning for good in 1997.