I say inner -  because she used to be a lot more outer. 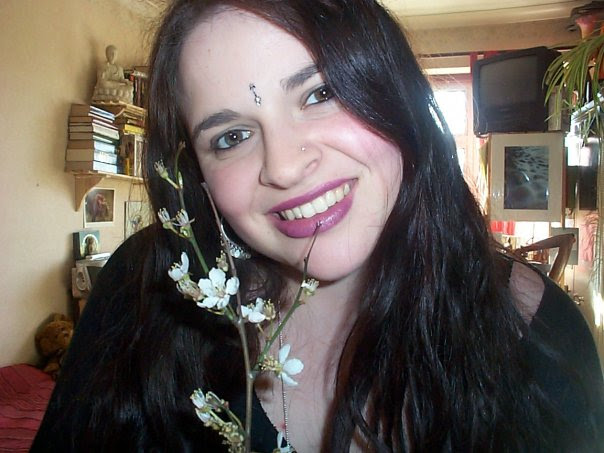 Oh the years have not been kind. To be 22 again!
I am talking long peasant skirt, nose ring & bindi wearing , incense buring, general Pagan-ness. I used to mark Sabbats and the Moon with witchy abandon and read Tarot on a regular basis, mostly for charity. My biggest success with this was raising £300 for Medicines sans Frontiers after seeing a horrific news report about the rape of women by soldiers in a war torn part of the world (forgive me -  I forget where -  it was 7 years ago!) See, us pagan's don't sacrifice kiddies. The stains just don't lift from the carpets.(*wink*) 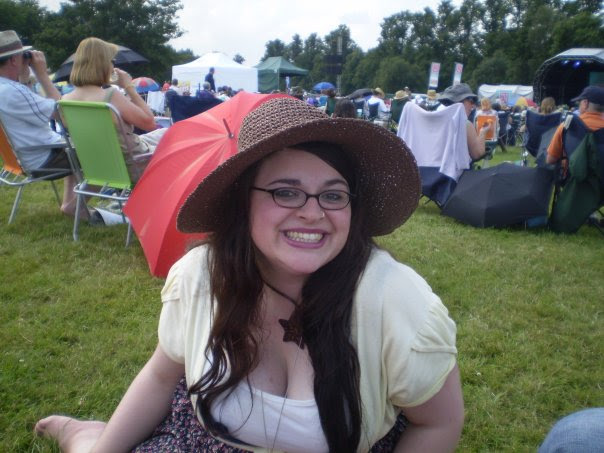 I also used to wear big floppy hats and much silver jewellery. Whilst walking around barefoot. And attending Folk music festivals. 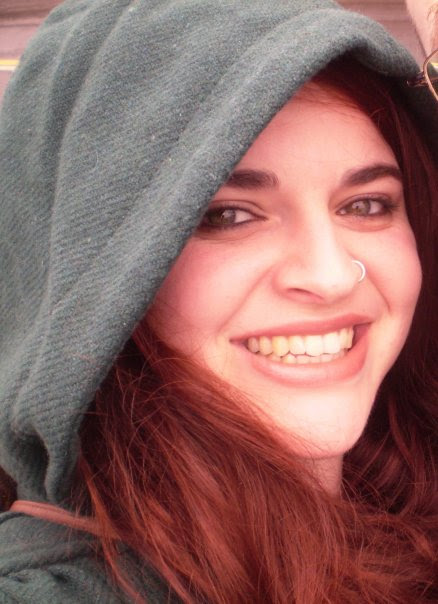 ﻿I also used to do poke all with my hair, that once reached the middle of my back (and still did until the recent chop) except dye it various colours of red or the "crap-it-won't-fade-out-for-2-years!!" black (never again!) . I also have various discreet spiritual tattoos. 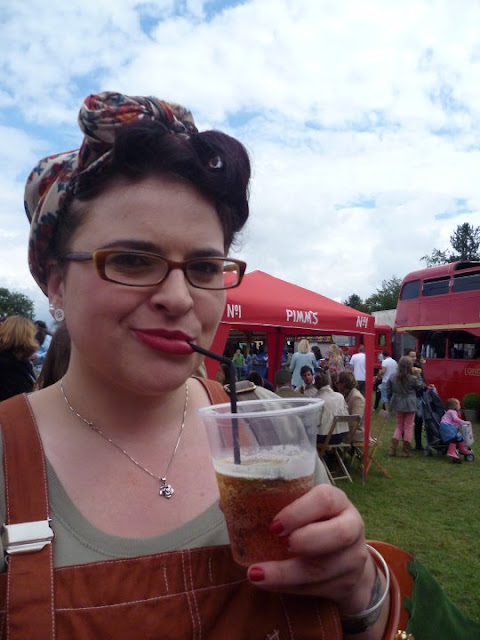 A la Vintage at Goodwood.

And then that changed. Not overnight, granted. But I do look totally different now to how I did 2 years ago. My 1940's transformation has been a gradual one. It started with hair experiments. And then clothes. And then it went full time. I had always held a love of all things WW2. I love other eras of history too - especially the Tudors, but somehow, I don't think that fashion would allow me room to move on the train. Or in fact out of the front door. And going to the lav would be neigh on impossible. Now. Just because the obviousness of my beliefs have poofed in a puff of smoke from my daily wardrobe choices, doesn't mean that the hippyette I used to be isn't still kicking. I still hold faith with what I believe, but I don't spout about it. I also burn incense on a regular basis. Life is not complete without a bit of Nag Champa wafting about.

But I'm focused on different things now and in a way I don't think I would be so transfixed with the Women from history, especially WW2, were it not for the feminine divinity of Paganism. And I am thankful for that -  for I honour them everyday in the way I dress.

We all must have had former lives before vintage took over -  what's yours?
Posted by LandGirl1980 at Monday, November 22, 2010