... I met my lovely man, The Beard. We had known each other for a few years before we got together and we moved into each others lives on a permanent basis 3 years ago.

And to celebrate, said Beard organised a day out in a (windy and rainy) Londinium, which is only a 30 min train ride from us in leafy Surrey. Well, it should have been. But we were delayed. Boo hiss. I had no idea what we were doing for the day and was fretting over my outfit choice. It was fairly warm (this was on the 5th November - before the mercury shrunk in the UK!) and I had been advised to wear flats. So -  I went with this... (with a mac) 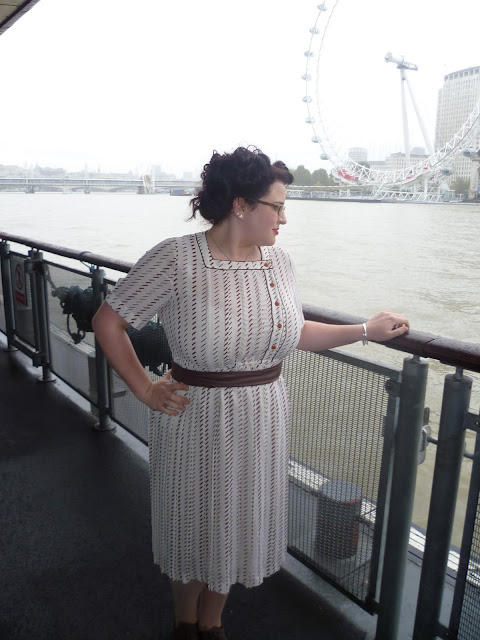 I had no idea what we were doing. None. The Beard had offered to tell me a couple of times, and I had waivered -  but the truth is, I LOVE surprises. If he had told me, I would have been slightly gutted. 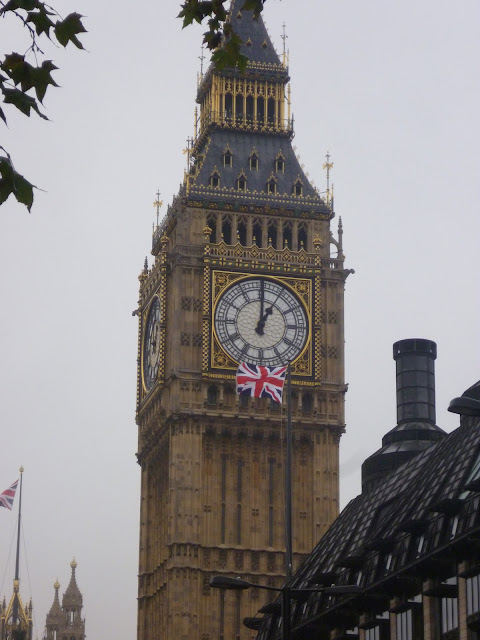 So, we rocked up alongside the Thames, a little further down from my usual haunt of the Embankment and the National Theatre. I think he might have taken me on a tube ride red herring -  as we could have walked to our destination... 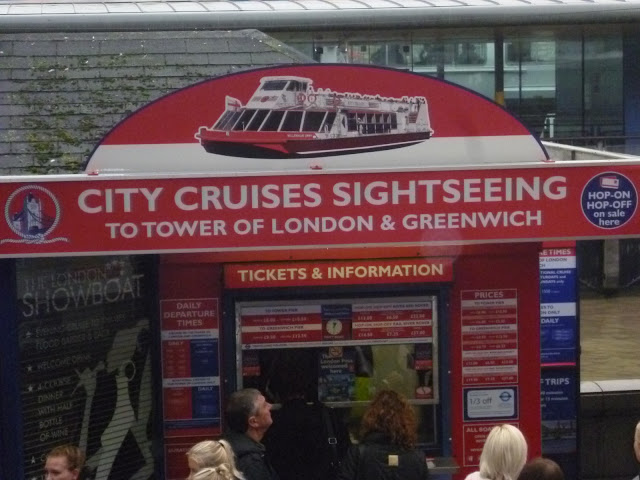 Oh yes, my dears! He had only gone and booked a river trip upon Father Thames! I have a huge affinity with this river, always have. I gaze at it longingly when I am near it and I crane my neck to see it from the car if we happen to cross it. I cannot explain it. Its just always been there. So to be gliding down it was a spot on surprise! 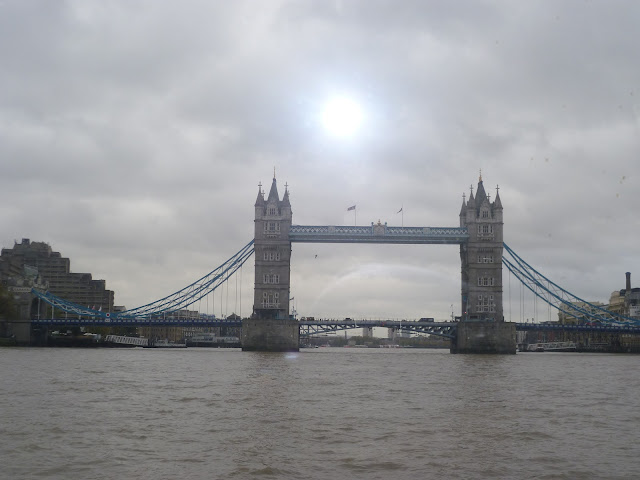 Don't be fooled. That is not the sun trying to brake through. It's the reflection of the camera flash.

I got to see some spectacular sights from the water, some I know and love, and some I had not seen before. 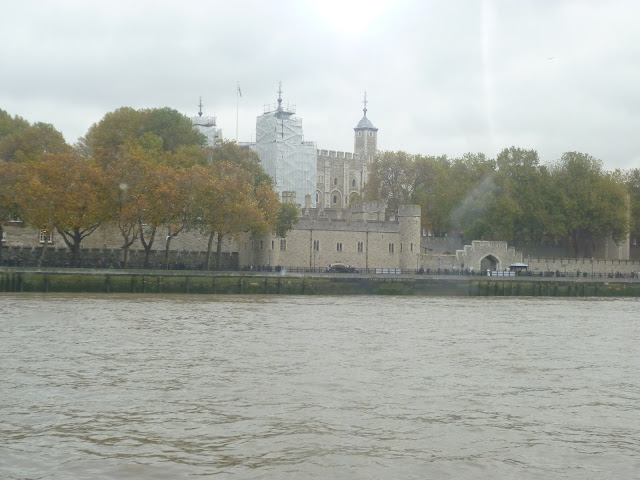 A bandaged Tower of London. Fab to see it from the Thames.

One of my all time favourite places, third only to the Imperial War Muso and Hampton Court Palace is the Tower of London. I have to admit that I went off into a little dreamy world of Anne Boleyn travelling the same stretch of water all those years ago to meet her ultimate end. Poor old thing. 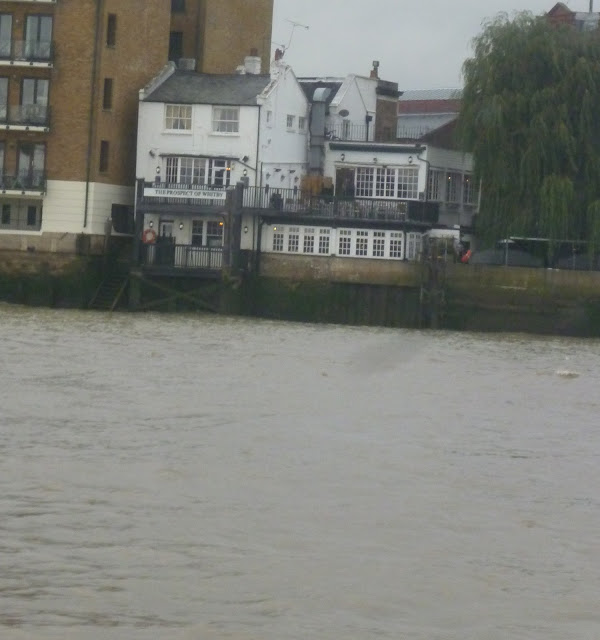 The Prospect of Whitby pub

This was something I had not seen before. And I proudly refer to myself as a "Londoner". I should be ashamed . There has been a pub on this site since 1543, although the original was destroyed by fire in the 1700's. Sounds nice, no? A real piece of history to have a pint in. Alas -  on looking at their website -  the reviews are none too friendly. But -  I cannot comment as, to get to this on the day I would have had to swim across. And that would have ruined my dress. 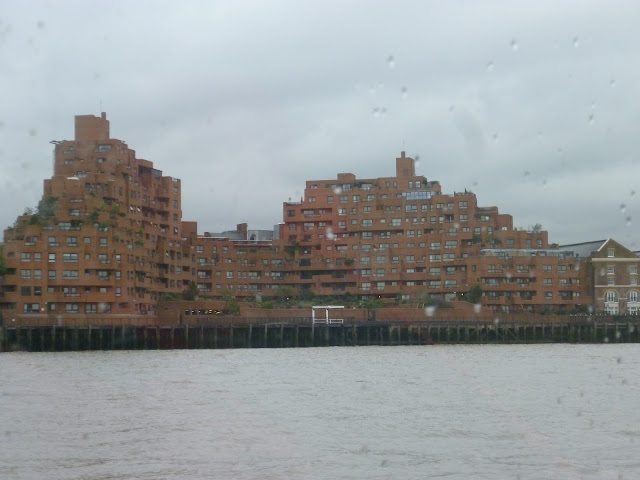 I have no idea about this housing complex  -  but I loved it.

Does anyone know anything about this complex? I would love to know its history. The "guide" on the trip made a vague reference to it -  but he didn't know what it was called. Pants.

There were many other snippets that stuck with me from the trip. Like the fact that Waterloo Bridge is known as "Ladies Bridge" as it was rebuilt by woman after it was hit by a German bomb in 1941. It is also the only bridge to be struck by enemy bombing during the war.

And the Mayflower Pub in Rotherhithe. According to our guide, part of the pub is built from the original boards of the Mayflower that took the Pilgrim Fathers to the Americas. I am not sure if this is fact or flannel from said guide. But what is true, is the the captain of the Mayflower, Christopher Jones, is buried near by. 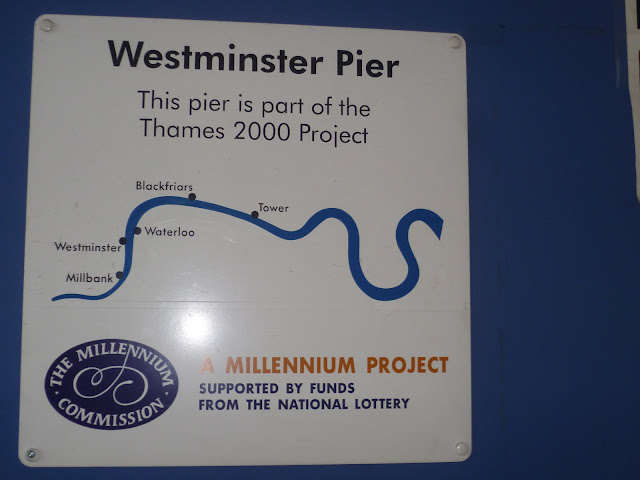 The cruise lasted about an hour and a half and took us all the way down to Greenwich. It didn't cost alot (about £8.50 I think) and is a perfect way to kill time on a rainy day or perhaps a date. Or just to see the landmarks you know from a different view point. 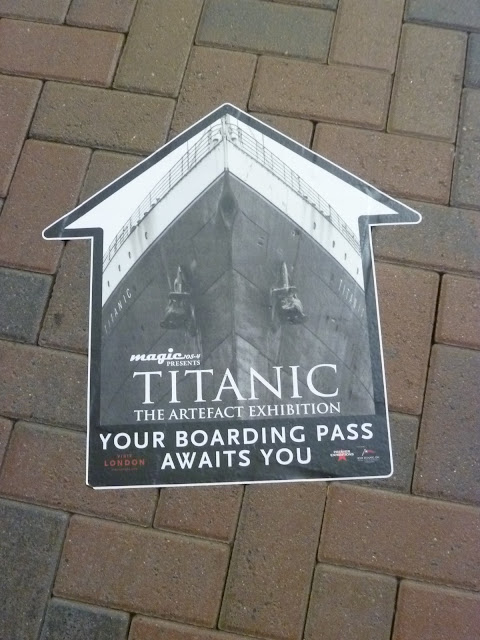 So we docked at Greenwich, right next to where the Cutty Sark once stood. The powers that be are working on salvage at the moment. Such a great loss. And it seemed to turn into a day of water transporters! The Beard proved that he does know me and had booked tickets for the new Titanic exhibition at the O2.

After clapping with glee and being strictly told "no photos" by someone who was about 12, I spent the next 2 hours pottering about in amongst some very aged but surprisingly preserved artifacts from the bottom of a brr-some Atlantic. Some of the bits are questionable - but that's just me being a grumpy cynic. But. The things that blew me away were thus:- a leather cigarette case containing 4 original Egyptian smokes and one of a kind perfume samples that were being transported to New York for potential marketing. They have them open in a perforated case so you can smell them. Don't get too excited. They smell like sea. A fausty sea at that. And finally a boot. Just one. I think this is what got to me the most. I know that someones foot was in that as they walked aboard the fated vessel for a new life and ended up at the bottom of the ocean with them still in it. 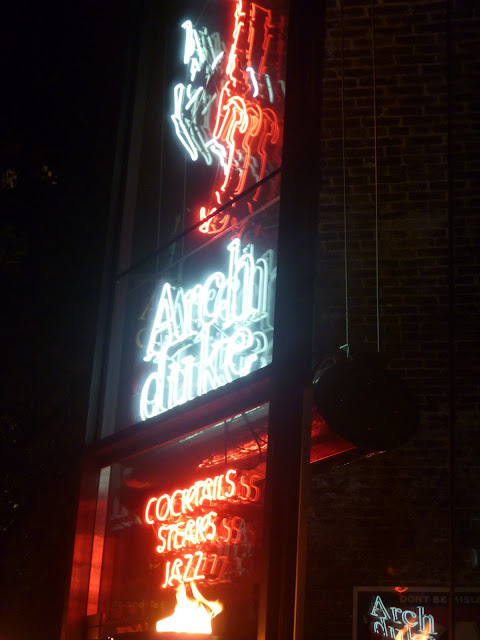 A restaurant that I have often passed on my way to The National. Great service and yummy steak.

We came out of the exhibition to a veritable monsoon and so decided against trekking to the Gordon Ramsey restaurant that the Beard had booked and chose somewhere closer to the station. I have often walked past Arch Dukes on my way to other things and thought it was just a groovy jazz bar. Which I am sure it is. But we just scoffed and left after having a melt in the mouth steak.