And Kings. This is not a gender biased post. It is, however, a little ranty and a tad long. Get a cuppa.

I shop at charity shops, car boots and ebay. Mostly second hand, that to me, looks on the money for the 1940's time traveller I aspire to be. I rarely buy vintage  - unless I am knocked unconscious by its loveliness -  like my green 1950's handbag that I found at Vintage at Goodwood. £35 to me was on the "HOW MUCH???!" side -  but, when I came to, it was mine. Opps. 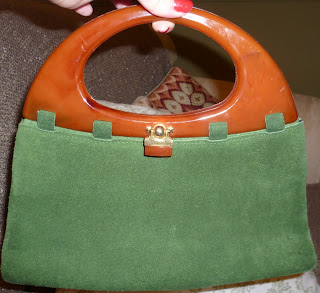 I trust myself to know the value of something. And I usually do it by trying to imagine how much something like the thing I am oggling would cost me new. And that usually makes my decision for me. It has saved me a lot of money, and nabbed me some bargains. Vintage & retro has become popular, nay, fashionable over the last couple of years. Which is great on one hand, because there is a lot more to chose from out there by way of, for example, shoes and coats for this chilly season.

But... but ... but. It also means that alot of places that used to be full of bargains galore have thought ..."hang on a cotton picking... we could make MORE out of this?!" Charity shops I sit on the fence about. I think I feel bad for not wanting to pay more for something,  my heart whispering to me that the money is going towards helping people, but my brain is screeching at me "ITS SECOND HAND!!! YOU COULD BUY A NEW ONE FROM MARKS FOR LESS!!!" And all because its 80's and had some cute beading on it. These things were donated -  not sourced. Surely-  in a charity shop -  it being older should mean its cheaper? And don't put it on a special marked up rail or shelf. That just yells "get your old overpriced goods here"

Now -  as a previous member of the self employed melee, I am all for making profit. If I had made more if it -  I would still have my membership card. So -  I waiver on proper vintage shops, virtual and on the high street. Such as Tuppance Ha'Penny's  ,  Penny Dreadful's  or Baroness Von Vintages's etsy shops (I am in no way affiliated with these ladies -  I just happened to notice that they have a good range of vintage wears for sale at realistic prices) These lovelies know their stock. They live and breathe it. I don't believe them out to dupe or cheat anyone. I have also found more than fair prices on Ebay (various shops available) and also at the plethora of vintage and retro places in the likes of Camden.

Again. BUT. There are those that mark up for marking ups sake. They find a bargain in a charity shop, take it home, clean it and then put a stupid price on it. And I mean stupid. And how do I know its from a charity shop? Because it still has the St-whatevers-Hospice tag on it, advising me that the now £65 mirror actually cost the seller £12. That mark up is so much -  I cannot even calculate it. And invariably walk away.
But its the likes of the "shabby-chic-vintage-retro" stalls and shops that sell any old toot and expect the red lippy, pin curl brigade to bludgeon their fellow vintage sisters (or misters) with their handbags (or man bag satchels) to get to their stock, that really grip my shit. Or worse.

You are at the car boot and you overhear someone asking "how much for this cardigan" The reply is a more than reasonable "£1". You close you eyes, hold your breath and repeat the mantra "walk away from it... you don't need it... I do!" It works!!! She leaves and you pounce. You get out your gold nugget and take it over to the seller. You say "£1, yes?" and the reply is "No -  that one is £4" She smiles sweetly and says "I love your look, that cardigan would really suit you".  You realise she is being savvy because of the way you dress, and that, as a vintage gal, she thinks you will adjust your headscarf and hand over the money .You punch her and go in search of The Beard for a roll up. 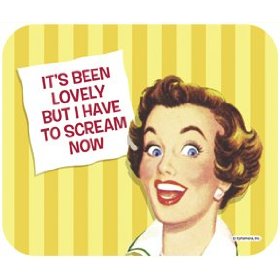 Why do people assume that, because we dress the way we do, that we are unaware of the value of things? Or when we are being rear-ended? Am I to dress in joggers and a hoody just so that I am treated fairly when purchasing something? (that thought has just made me feel a little sick)

Then again, maybe it is all fair game? I was recently in a shop in a rather hoypaloy type area. For sale was an "antique patchwork blanket". So I thought "why isn't that behind glass?" and promptly strolled over to have a closer stroke. I stopped in my tracks when I saw the clearly 1970's material. And lots of it. I nearly fainted when I saw the price tag, that informed me that it was made in 1870 something and it would set me back over a grand. I was outraged at, effectively, being lied to. And then I remembered where I was and the type of money that the average customer would have at their disposal. If people don't know what they are looking at and have cash to splash, and more to the point want something purely because it is labelled "antique" or "vintage" -  is it right for them to have the patchwork pulled over their eyes? 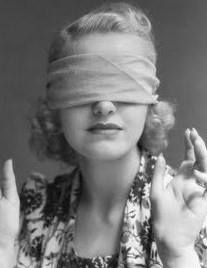 What say you? Have you had a similar experience? What drives you crazy about  searching for a vintage life in a modern world?
Posted by LandGirl1980 at Monday, October 04, 2010