Sorry for the delay dear readers. I don't know where this week is going!!

Unfortunately, there was no lay in for me over last weekend. Not a chance. And I am still suffering for it. Big time.  I had a jam packed weekend -  and the result is that I feel like a zombie. My nails are painted, the lipstick is on, but no body is home. I fiercely want to be asleep.

But -  this is all because I had a super busy weekend. So this might be a "grab a cup of tea and a sticky bun" kind of post. It would seem that maybe I should not have ruled No More Ice Cream as soon as I did. The weather this weekend, for the most part was unseasonably, but more than welcomely, glorious! And I spent it bargain hunting at Camden market on Saturday, catching up with a DVD series, which kept me up until 2am -  and then up and out by 9.30am (!!!!) to the Stitching and Knitting Show at Alexander Palace on Sunday. I am now a poor, tired church mouse. *sigh*


On Saturday I headed off in good time to meet my chum at Liverpool Street -  only to be scuppered and delayed bt an hour due to a station evacuation and long delays (so the hand scrawled note on the white boards told me - get a dotmatrix board Mr Tube -  this is the 21st century!) I emerged a stressed, hot, grumpy moo. Until I saw this..... 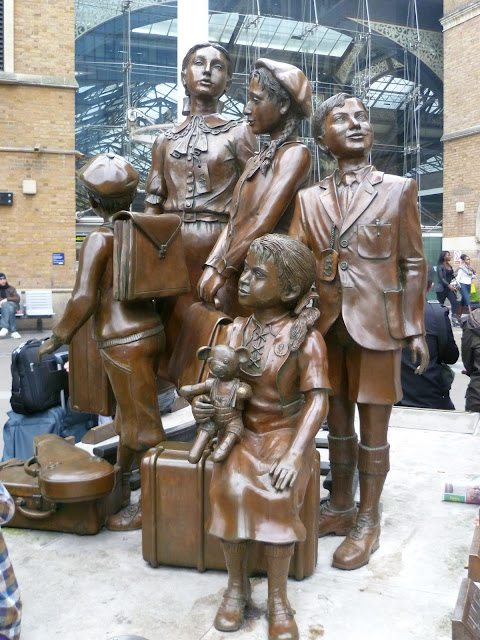 A memorial to the children of the Kinder-Transport which enabled approximately 10,000 Jewish children to escape Nazi Germany during the 1930's. Many of them arrived at Liverpool Street station and were then placed in British foster homes.


After a calming down and cooling off period, I headed off to SpitalFields market. I had money to burn and I was ready to strike the match!  I could not wait!! I was so excited!!
It was shut. Yes, shut. Closed. Unopen. On a Saturday?! Nothing was mentioned on the website -  and no one seemed to know why. Disappointed did not cover it. So we settled on a butchers around a local vintage/retro shop -  Absolute Vintage.

It looked promising to me from the outset and was chocka-block with items -  but with no sizing on any hangers or garments that I could see (why is that? I am noticing it alot lately? Not just there -  but everywhere? Surely measurements of S, M, L could be taken?) it made for a difficult search -  especially with Salt 'n' Pepa slamming out of the speakers. I wasted my time trying on a 4 dresses that looked like they would fit (this is where some vague sizing would come in handy -  although I notice that there is sizing on the website?) I did find a beautiful 80's does 40's jumper - but with its fixable-but-not-worth-full-price 6 moth holes and no sign of anyone budging on asking price (£18), I left empty handed. 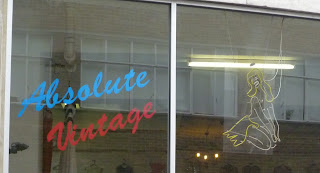 Moving on. We decided to head off to Camden. Our usual stomping ground. The tube was working a treat, the tourists were, well, being tourists, the sun came out, and we settled down to a nice little bit of curry by The Lock. We finished up, gave our rubbish to a cheery binman and headed off to St Cyr Vintage.

I have been in there before and have always found something I liked, but not enough to buy. But this time I found not one but TWO items to love and cherish. Perfect condition, more than reasonably priced and smelling clean and fresh. AND sizing on all items. This meant that I could try stuff on that might actually have a shot of fitting. 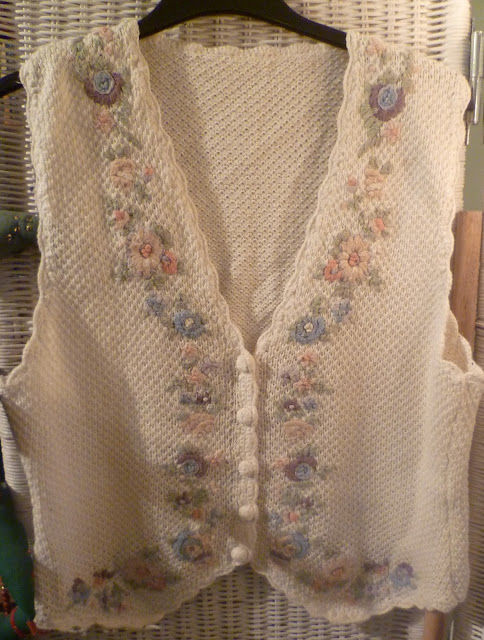 Oooh its SO pretty!! 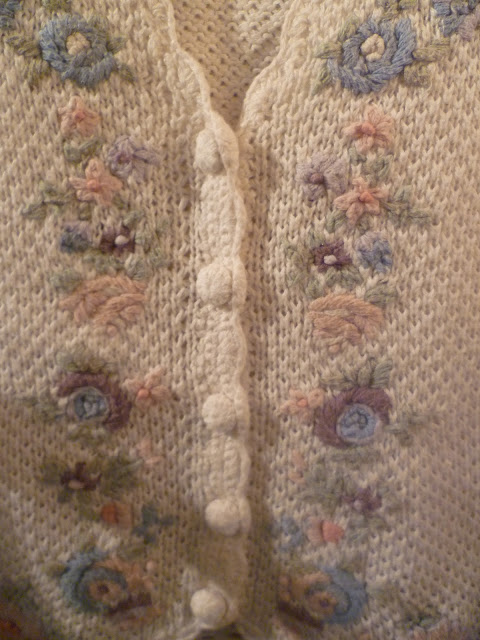 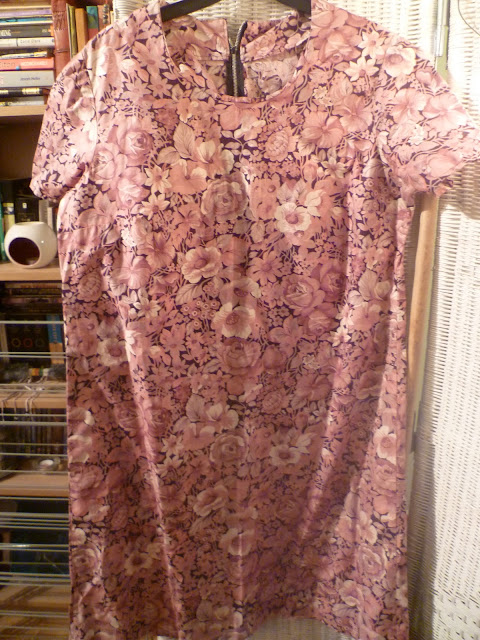 This picture does the dress NO justice. It looks like a shapeless mess. I'll pop a picture up when I have taken the hem down and put it on. 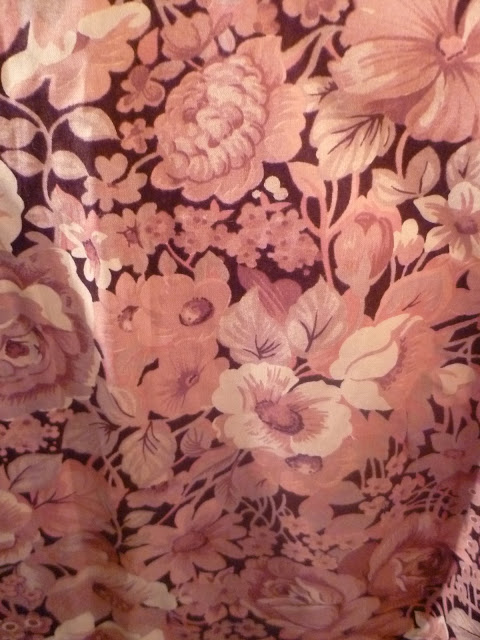 But, for me, it was the wonderful gals that work there. They know their stuff, they dress the part, they love the eras and they were happy to not only zip me up but to also chat away long after they had made the sale. In all? A thoroughly stocked shop owned and staffed by ladies who know their vintage.


So -  that's the first install. I am having problems with uploading pics at the moment -  so once that has sorted itself out -  there will be
a Part Deux!
Thanks for stopping by!